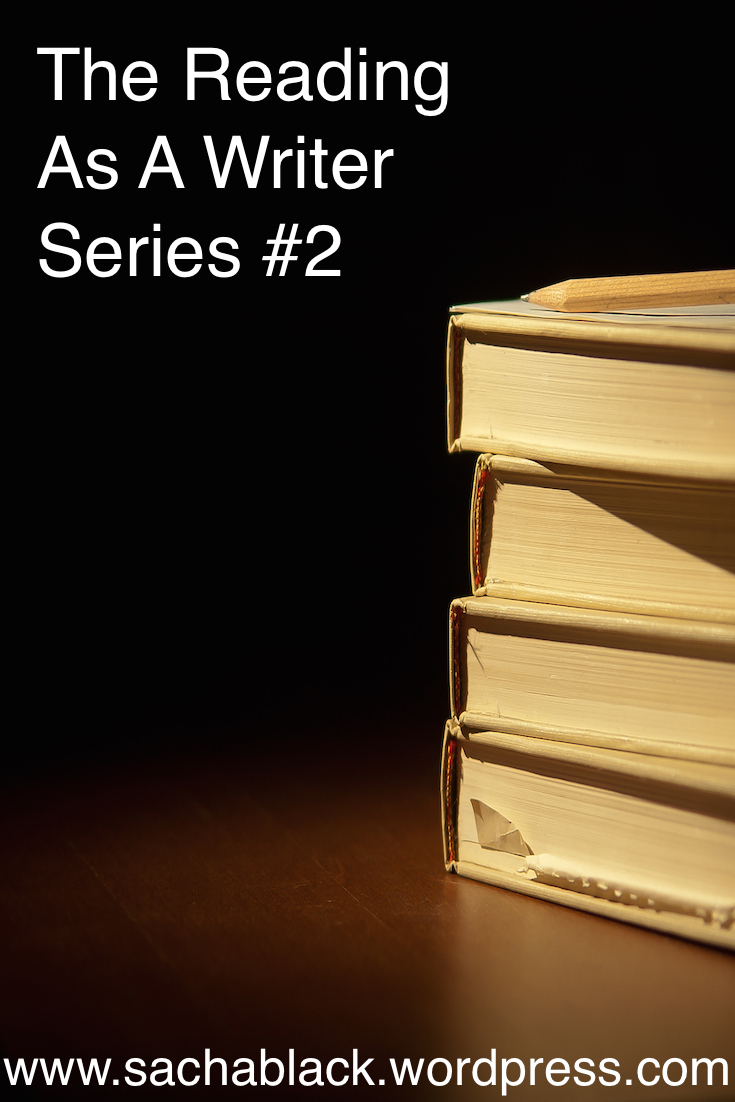 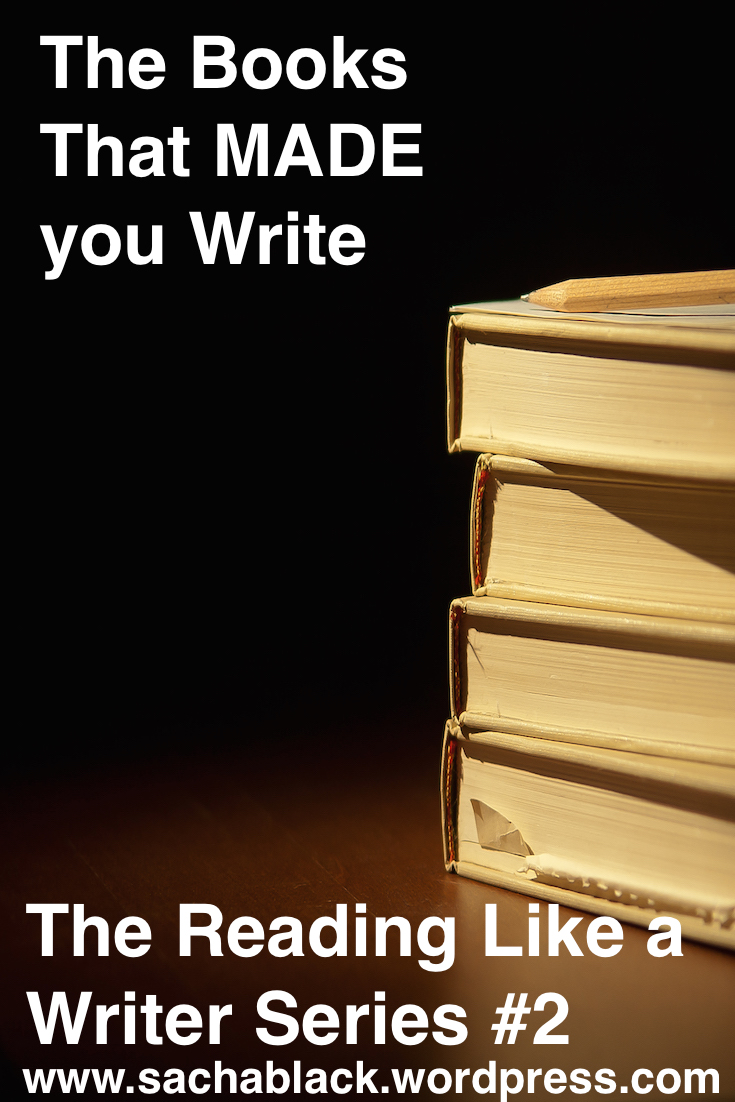 Everybody has a list. But for a writer, it’s THE list. You might call your list a number of things but essentially, it’s the list of books that made you a writer. For me it’s a list of the most inspirational, favourite and most irritating books I’ve read. This series will cover the technical aspects of ‘how to read like a writer’ but for now, I thought it would be good to start with what you have read that made you a writer.

For me, but in no particular order:

1. Day of The Triffids by John Wyndham

Blurb: When Bill Masen wakes up blindfolded in hospital there is a bitter irony in his situation. Carefully removing his bandages, he realizes that he is the only person who can see: everyone else, doctors and patients alike, have been blinded by a meteor shower. Now, with civilization in chaos, the triffids – huge, venomous, large-rooted plants able to ‘walk’, feeding on human flesh – can have their day.

Reason for being on the list: This is the book that started it all. When I read it, it ignited an obsession with post apocalyptic stories and a burning need to write one.

2. A Disturbed Girl’s Guide to Curing Boredom by James Howell

Blurb: Hannah Harker is bored. Her tedious job as a local newspaper reporter is grinding her soul to dust and she cannot find anything to interest or excite her. Refusing to accept a life of anonymity, she decides to tear up all the rule books and do everything in her power to find a cure for this boredom. Free from the shackles of social convention and morality, she sets off down a dark and dangerous path that will change her forever. A terrible tragedy of her own making sends her spiralling into meltdown and the lives of countless people get dragged into her twisted world. Embarking on a brutal journey through Asia, she befriends arms dealers in Thailand, gangsters in Hong Kong and terrorists in Malaysia, while breaking the hearts of men and women at every turn. As the clock ticks down to a shattering conclusion, the world can only pray that she self-destructs before creating the most staggering news event in history.

Reason for being on the list: This book happens to be the first in a trilogy. It goes down as possibly my favourite story ever. I discovered it when the author had just 500 fans on Facebook, he now stands at 51K plus. I have to warn you, it is not for the faint of heart, and the further you go into the trilogy the more disturbing it becomes. But it truly is fantastic, and just because he named a character after me in the last book (true story, I am a HUGE fan! but it’s my real name not Sacha!) doesn’t mean I’m biased!

3. The Solitaire Mystery by Jostein Gaarder

Blurb: Twelve-year-old Hans Thomas lives alone with his father, a man who likes to give his son lessons about life and has a penchant for philosophy. Hans Thomas’ mother left when he was four (to `find’ herself) and the story begins when father and son set off on a trip to Greece, where she now lives, to try to persuade her to come home. En route, in Switzerland, Hans Thomas is given a magnifying glass by a dwarf at a petrol station, and the next day he finds a tiny book in his bread roll which can only be read with a magnifying glass. How did the book come to be there? Why does the dwarf keep showing up? It is all very perplexing and Hans Thomas has enough to cope with, with the daunting prospect of seeing his mother. Now his journey has turned into an encounter with the unfathomable…or does it all have a logical explanation?

Reason for being on the list: I can barely remember reading this book, however it is one of the few I read twice. I never read a book more than once. It’s a book I read in my early teens, and it stuck with me. It was the fantasy part of the story that inspired me, I was already long into my journey of writing stories but it opened up the world of fantasy to me, something that has never left me.

4. The Shack By W.M Paul Young

Blurb: Mackenzie Allen Philips’ youngest daughter, Missy, has been abducted during a family vacation and evidence that she may have been brutally murdered is found in an abandoned shack deep in the Oregon wilderness. Four years later in the midst of his great sadness, Mack receives a suspicious note, apparently from God, inviting him back to that shack for a weekend.Against his better judgement he arrives at the shack on a wintry afternoon and walks back into his darkest nightmare. What he finds there will change Mack’s world forever.In a world where religion seems to grow increasingly irrelevant THE SHACK wrestles with the timeless question, ‘Where is God in a world so filled with unspeakable pain?’ The answers Mack gets will astound you and perhaps transform you as much as it did him. You’ll want everyone you know to read this book!

Reason for being on the list: As a self confessed atheist agnostic, I struggle with people who are fervently religious. I have no problem with religion or people being religious. My mother had her confirmation just a couple of years ago, and one of my best friends is a pastors wife. That being said personally I just don’t get it. I need proof. And I love science. That being said, I am also a fan of the truth, and with all the investigations I have been doing of alternative history, my truth might not be the same as yours. Anyway, the book. I adored this book. It made me sob, hysterically. But what I loved, what this guys ability to question his own faith in such a courageous way, and the ending – given that it’s meant to be a true story – is pretty amazing.

5. And This Is True by Emily Mackie

Blurb: Once upon a time there was a boy whose home was a van and whose world was his father. Be warned: this is not a fairytale. Although it does contain love, betrayal, escape, and most important of all, a kiss. But you have to be ready for an unpredictable journey through a realm where nothing is black or white. That, of course, is why you should take the first step. A startling new voice shows us a painful truth: You can’t help who you fall in love with.

Reason for being on the list: This is the first book that ever made me uncomfortable. I don’t just mean a little bit uncomfortable. I mean had to shut the cover, squirm, take a breath, reassess my whole outlook on life, and then continue reading! and for that reason alone it goes on the list. But the other reason is because it made me realise how emotive a book can be, it can change you. I mean really change you. This was the first book that did that to me, and I want to do it for someone else one day too.

Blurb – Divergent only: In the world of Divergent, society is divided into five factions and all are forced to choose where they belong. The choice Beatrice Prior makes shocks everyone, including herself. Once decisions are made the new members are forced to undergo extreme initiation tests with devastating consequences. As their experience transforms them, Tris must determine who her friends are – and whether the man who both threatens and protects her is really on her side. Because Tris has a deadly secret. As growing conflict threatens to unravel their seemingly perfect society, this secret might save those Tris loves… or it might destroy her.

Reason for being on the list: Where do I even start. Divergent is excellent. The world is interesting, comprehensive and the story has great characters. However, Veronica bloody Roth, has to go down as the writer of quite possibly the most dissatisfying ending of a trilogy… ever. I moan about this here. This book was the nail in the coffin, the irritation that made me pull my finger out and say NO. I can do better than this! and so began my writing journey ‘proper’.
7. The Dragon Tattoo Series by Stieg Larsson
Blurb: Forty years ago, Harriet Vanger disappeared from a family gathering on the island owned and inhabited by the powerful Vanger clan. Her body was never found, yet her uncle is convinced it was murder – and that the killer is a member of his own tightly knit but dysfunctional family. He employs disgraced financial journalist Mikael Blomkvist and the tattooed, truculent computer hacker Lisbeth Salander to investigate. When the pair link Harriet’s disappearance to a number of grotesque murders from forty years ago, they begin to unravel a dark and appalling family history. But the Vangers are a secretive clan, and Blomkvist and Salander are about to find out just how far they are prepared to go to protect themselves.
Reason for being on the list: This book is so beautifully complicated. I adored everything about it, the constant mystery, how utterly insane he must have been to be able to keep hold of so many strands in his head. This is the first book I read, reading like a writer. I read utterly amazed at his skill. But what really nailed him to this list, was Lisbeth. His truly wonderful, highly complex main character. She has to go down as one of the best female characters ever written. She will never leave me.
There are of course dozens more books, but they are all ones I just love, like my guilty pleasure the true blood series… ok and the twilight series or Patricia Cornwell’s Kay Scarpetta novels, or the Davinci Code, or Harry Potter or Shakespeare, dozens of plays I’ve read or a thousand other books I could name. But whilst I love them, they didn’t necessary turn me into the writer I am today. I would say it was the above books that changed me, left me different somehow. I would really love to know what books made you a writer?