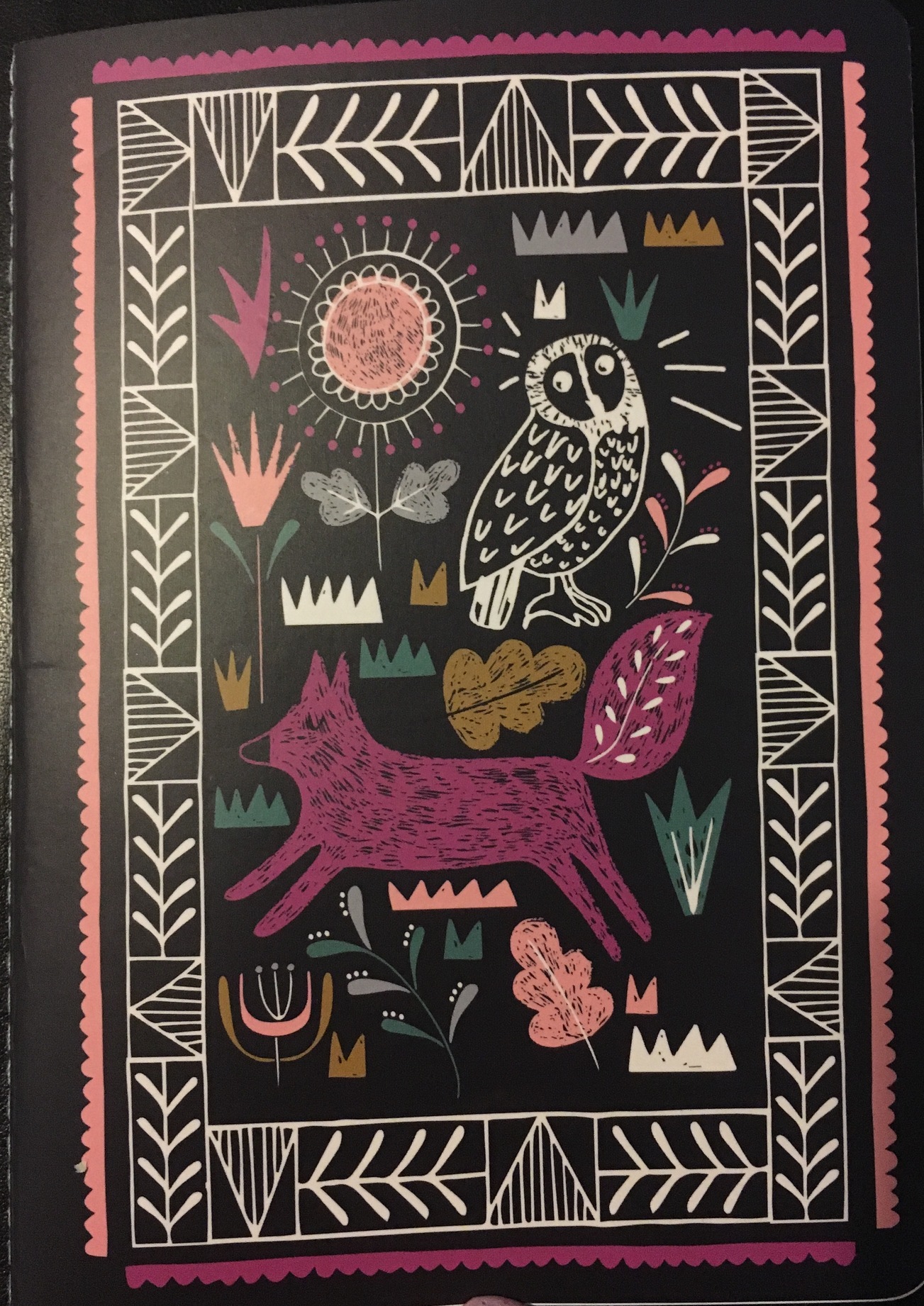 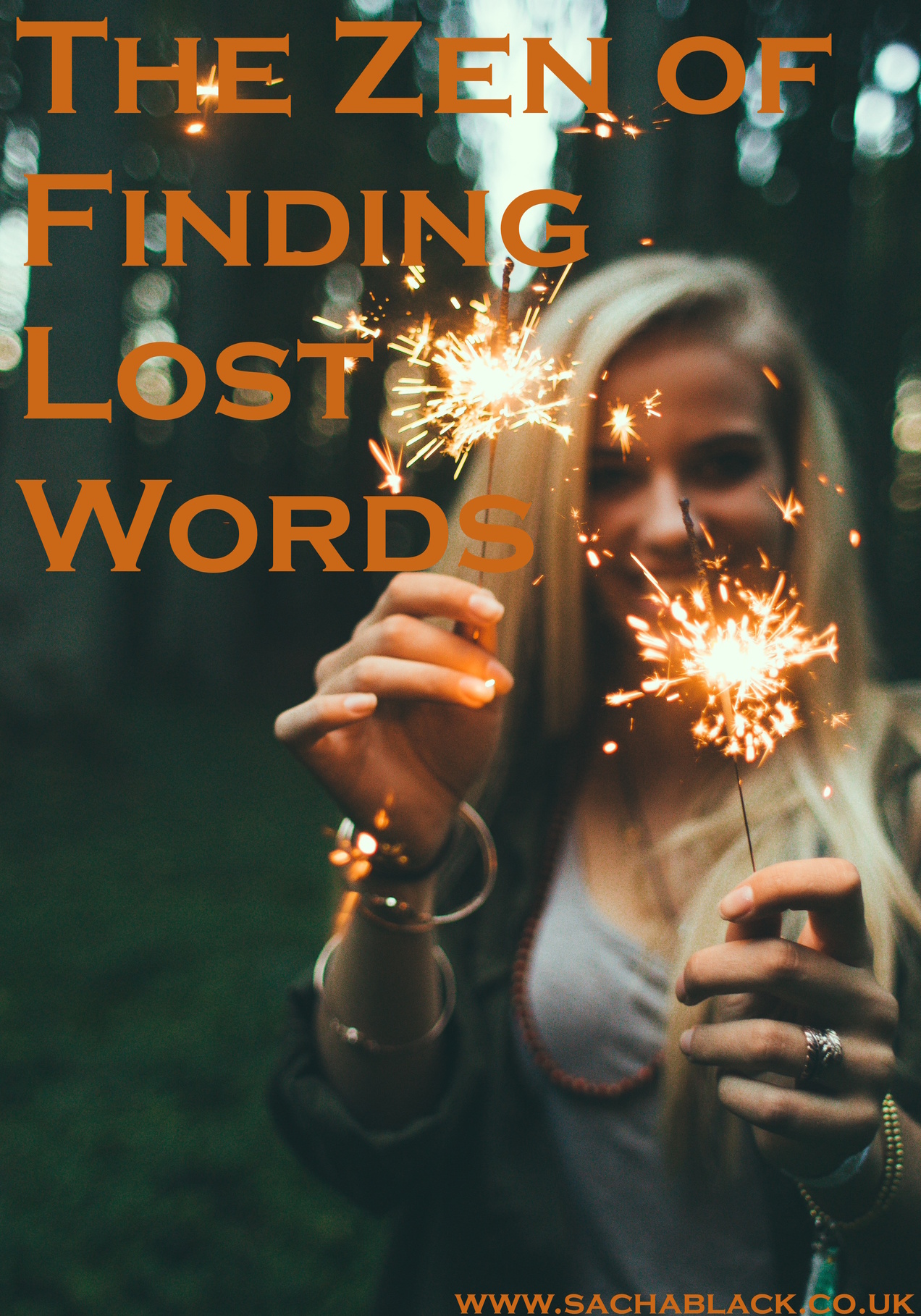 I’ve spoken before about my habit of collecting words and sentences: Read Like A Writer – Collect Words. Collect Sentences. But I thought I would share the significance this has for me as a writer, especially this week. The benefit of collecting words, and more importantly, some of the words I have collected has unblocked my block!

My lovely friend from work, who now blogs, Wandering Willis, gave me my current word collection notebook before she trotted off travelling. She blogs about her travels in South East Asia – check her out.

I collect words in a multitude of ways.

I am signed up to two online dictionary’s word of the day. Every day without fail, I get a new word in my inbox, if you don’t get these, you should – I really do learn something new every day! I’ve signed up to Dictionary.com and Merriam-Webster.

When I started writing this post, I came across this little gem of a website too, the Phrontistery which lists 17,000 unusual English words, as well as linking you through to a secondary website that detailed lost English words. Jackpot! *rubs hands, squeals like a child*

As I said in my original post I spend the entire time I read, highlighting sentences and scribbling them into notebooks. As I approach 30 (eek) I decided to try and achieve something. In fact, 30 somethings. One of those things is to learn some Latin.  I was never given the chance to learn it at school, so I’m determined to learn some now. I am quietly obsessed with ancient languages, you only need look at my sons name to know that. But more than any, I adore Latin, it’s the superiority of the language and the fact that some of the words are untranslatable.

Which brings me nicely to this post. I love untranslatable words. I did a Writespiration on the word Hiraeth some time ago. But here is a list of just some of the words I have collected. Some are English, others are not, but I think each one is wonderful.

Tarantism – Is said to be a form of hysterical behaviour, cause by the bite of the wolf spider Lycosa tarantula. The victims engage in a frenzied dance to save their lives.

Timocracy – A form of government in which Honour is the dominant motive of rulers.

Kalon – Beauty is more than skin deep – an idealised view of physical and moral beauty.

Nedovtipa – A Czech word that means, someone who finds it difficult to take a hint.

Natsukashii – A Japanese word that describes feeling nostalgic after a sudden trigger reminded you.

Sapiosexual – Someone who is attracted to intelligence in others.

Tartle – To hesitate when introducing someone because you have forgotten their name.

Dysania – Finding it hard to get out of bed in the morning.

Paracosm – A detailed, prolongation of a child’s imaginary world where a child includes human, creature or aliens creations.

Anacampserote – something that can bring back a lost love.

Paedarchy – A government run by children.

Anagapesis – No longer feeling any emotion towards someone you once loved.

Noosphere – The sum of human thought, knowledge and culture.

Chrysalism – the amniotic tranquility of being indoors during a thunderstorm.

Noctuary – The record of a single nights events, dreams or thoughts.

Altschmerz – Weariness with the same old issues that you’ve always had—the same boring flaws and anxieties you’ve been gnawing on for years.

Rubatosis – The unsettling awareness of your own heartbeat – I particularly like this one because I am acutely aware of my own heartbeat, I can slow it down just by thinking about it – bit of a party trick!

Hybristophilia – The attraction to extremely violent criminals or those that have committed gruesome crimes.

Let me reiterate why, if you don’t already collect words you really should. Have you ever had writers block? I’ve written book one in my Keepers series, it’s sitting ready to be edited. I wanted to start book two, but I was blocked. Paralysed because I had spent so long absorbed in the first book I hadn’t stopped to think about book two. I had no idea where I was taking the story. After delving into a list of unusual words, guess what… I had an epiphany, inspired by one of the words that gave me the ultimate conflict for my book. Next time your blocked, dig into the dictionary!