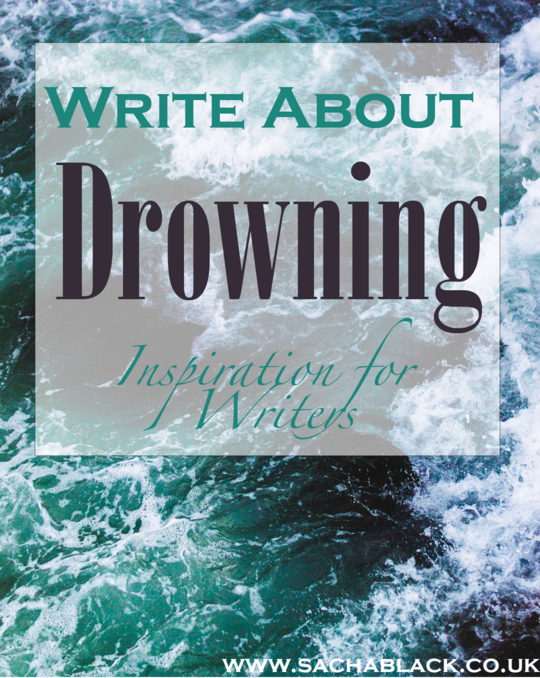 This week the challenge is to write about drowning. Maybe your physically drowning in an ocean, or perhaps you are drowning under the weight of work and life. However, you use the prompt, include drowning somehow, even if it leads you off into another direction.

They say the worst bit of drowning is the ‘knowing’. The panic that grips your ribcage, the penetrating fear that slices through every cell in your body as you realise you’re trapped underwater and this time there’s no escape.

Bill said I’d never find the cave, “This is one step too far, Marty. I know you’re good lad but, you ain’t that good. That’s almost 600m down. Even if you make it, which you won’t, You’ll never get back up without running out of air. Think of the pressure on your body, Son,” he shook his head, “you’d have to be a merman to swim like that.”

He explained that once I opened my mouth and sucked in ice cold water I’d be fine. It was a fast death by all accounts. My eyes would bulge under the weight of water and lack of oxygen, but because I’d already be out of air I’d die real quick.

The water was ice cold against my skin but when I swallowed, it burnt like the blazing roar of a fire pit. It coursed down my throat and into my lungs, but my water-strangled scream only made the icy flames lick into my mouth faster.

My eyes blew up, just like he said they would, only I wasn’t dead. I felt every second of the squeezing that threatened to explode my sight. I kicked and slashed at the ropes I was caught in one last time. But it was too late.

Grey glittered across my vision and time trickled away into a slow, infinite expanse. If it hadn’t been for the heat in my lung it would have been calming. Maybe this wasn’t it. Maybe there was life after.

I don’t know how long I was there, seconds stretched as fish skittered past lazily, barely paying me attention, like there was nothing new about a person thrashing in ropes this deep in the ocean. As if a thousand men before me had been caught in these same ropes. All I could think was that it was almost like a trap, which was ridiculous.

My legs slowed and eventually stopped. The heat in my chest disappeared and blackness drifted over me. I glanced at the dark hollow of the cave opening once last time. I’d die knowing Bill was wrong, this was a hideous death, but I’d made it to the cave at least.

Something slithered past my side, as the grey dotting my vision turned black my leg was yanked, hard. My body freed, too late. A flash of an enormous green tail filled my splintered vision. Then I passed out, feeling the impossible sensation of a hand gripping mine. And then, there was nothing.

And now to last week’s Writespiration and the stories you had to write in 120 seconds.

First up Helen, with a dark story. Something tells me this is part of a longer story, and I for one, am desperate to read it:

It was always when the locksmith got more calls. After dark.

When people didn’t like to be outside so much. Not anymore. He remembered the summer nights of his youth, sitting outside, drinking and laughing with friends, then stumbling home in the light of streetlamps.

Then the council started turning the lights off at midnight, leaving the streets black. And things started to emerge.

Hidden things. They had always been here, building their strength, yet staying secret.

Until the dark came. And they knew the time was right.

Next up Kim, with an educative poem, click her name to have a look at an ancient Assyrian lock.

is an ancient craft:

the first locks were found in Nineveh and Egypt;

Romans wore keys on their fingers,

showing off their wealth,

rich enough to keep their treasures

under lock and key.

is a mysterious craft:

magical, when you think of thieves and burglars

Next, Dylan with some amazing dialogue and

“So let me get this straight. I put this pointy thing…”
“Key.”
“This key into that hole.”
“Yes.”
“And twist it?”
“Yes, until you hear a click.”
“and when I hear a click I can open the door?”
“Exactly.”
The big man looked from under his bushy white eyebrows, his ruddy face a mixture of concentration and disbelief.”
“Sounds too much bother. I think I’ll use the chimney as normal.”

Next up Judy, with her

My front door is mocking my fury
The windows are loving my pain
The curtains are twitching with laughter
I have locked myself out AGAIN!
I’ve called out a locksmith to help me
He’ll be coming soon with a key
I hope he makes it quite snappy
I’m busting to go for a wee!

Last but by no means least, Jane. who has written a sad but true story that so many have experienced.

That’s how they operate, bailiffs. They come with the police and a locksmith so you can’t keep them out. Your door swings open and a guy in a suit barges in with his clipboard and his writs, and the coppers stand either side so you can’t put your fist in his face. And the little bloke in the blue overalls packs up his tools and peers over their shoulders. His hard, beady eyes squint at you as if you’re something in a zoo. Then, as soon as he’s squared things about getting paid with the bailiff he’s off to his nice cozy place in the suburbs with a drive and a garage, and a bomb proof front door, and a wife and kids.

The bailiff goes round and notes down all the stuff he’s keeping back to put towards paying the arrears. The good stuff. The rest, most of it, his boys dump outside on the pavement. All I can do is watch. My fists clench and unclench, and I wonder if prison for assault would be worse than the street. But you get a record then, no hope of ever finding a job with a record. And there’s Jessie.

I stand outside, not watching, not feeling anything. The apartment’s a squalid place. I won’t shed any tears over it. But it kept the rain off and even without any heating it was warmer than outside. I had already put the important papers in a bag, with the photos of Mam and Dad, the kids when they were little. I tell myself the rest doesn’t matter. The things the bailiff wants, the TV, the stereo, they’re worth nothing. Not really.

He’s leaving with his little list. His boys are boarding up the apartment door. On the pavement, the breeze lifts the corner of a sheet, paper rustles, poverty stares at me from a dozen cardboard boxes. The neighbour from the floor above comes out, looks away when he sees all my bits and pieces lying there, spread out, like the innards of a butchered pig. He was about to light a fag but he catches sight of me and changes his mind. He’s off before I can touch him for the price of breakfast. Jessie whimpers and nudges my hand with her nose. I try to smile at her, but she knows, and licks my hand to cheer me up.

Jessie pricks her ears and wags her tail uncertainly.

I don’t know what Jessie says, but it sounds as though she’s up for it.