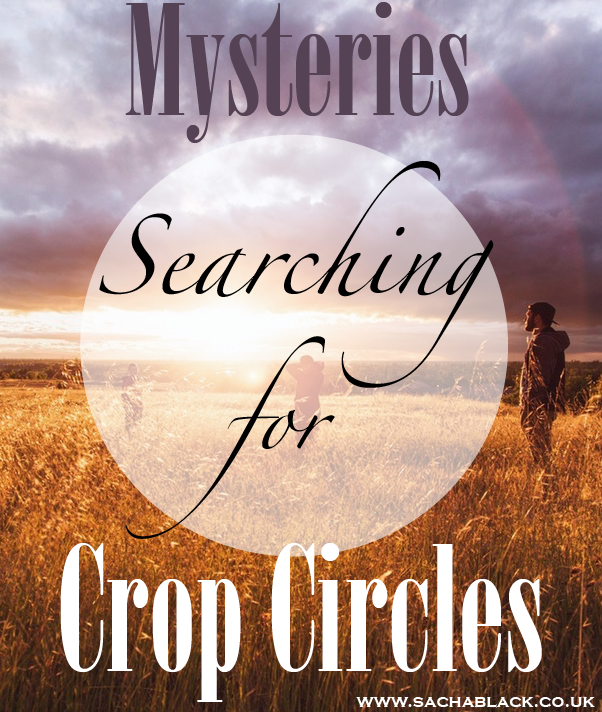 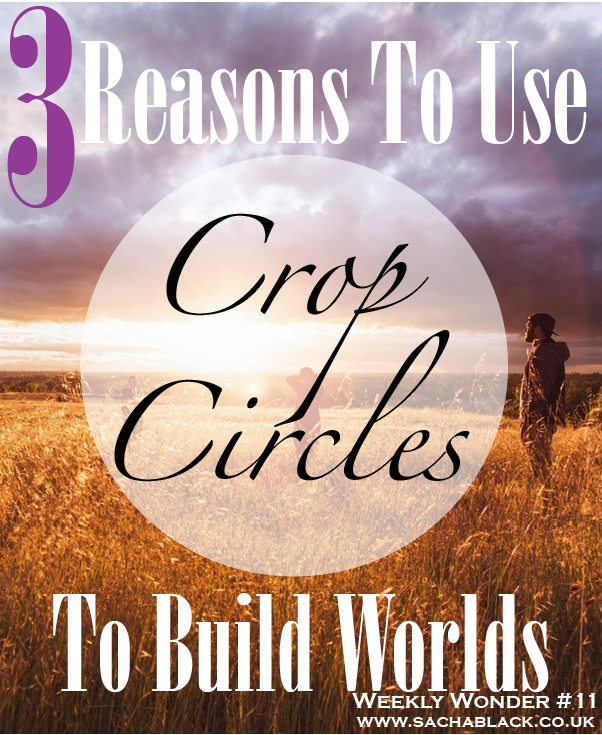 I’ve always wanted to find a crop circle. I mean, realistically I’d find it, do a flappy hand jig, then pause and have a horrible “oh” moment as I realise I’d have to be in the air to actually appreciate. But still. It’s on my bucket list.

They’re works of art, whether they’re made from the hand of a human or from the oddly artistic feet of an alien space craft, there’s no doubt they still look awesome.

But what is the significance of them? Why do they cause such controversy? and why the shit is it relevant to my writing?

Crop circles are flattened pieces of field usually pressed into artistic patterns which viewed from the air, look spectacular. They have been around for donkeys but didn’t hit the conspiracy market till the late 60’s after a series of hoax circles were created. These hoax circles were inspired by the ‘real’ crop circle formed in a field in Tully Australia after a guy witnessed a UFO and then found a crop circle.

The popularity of them boomed causing a gaggle of crop circle spotters dressed in finely tailored anoraks to shoot sightings through the roof. Sadly there’s no doubt that because of the JK Rowling like boom, many of the circles were hoaxes. Crop circles actually became so popular, they launched a crop circle competition with a £3000 prize for the best artist!

The top causes for conspiracy around crop circles are as follows:

1. The locations. Most crop circles in the UK appear near Stonehenge in Wiltshire an historical site known for its huge stones and inexplicable construction.

2. Some of them have electromagnetic readings that shoot through the roof. The suggestion is that the poles and magnetism are in part the cause of the shapes.

3. Supposedly some of them the crops aren’t flattened, but have accelerated growth which shapes the crops. (see photo)

If you want to visit a crop circle, I found this handy little UK website, and this little doll of a US site both of which list crop circles locations and accessibility rights.

There’s no shortage of peculiar stories that surround crop circles too. Like this gem I found in the Telegraph or this woman who actually shot a photo of a UFO above a crop.

But why is any of this relevant, and what’s it got to do with writing?

One of the things I can’t cope without when world building is having a tangible concept of what the city or location looks like. I’m visual. I need pictures and a layout, a map if you like.

Something my spatially inept brain can use to point at with fat digits, slap at a calculator to figure out travel times and distances. But also because I want to ‘feel’ what the city is like. Is it sprawling and wide like Los Angeles? or is it densely packed and suffocating like Kowloon Walled City?

I had to find inspiration and the bog standard city maps weren’t cutting the mustard. After all this was a fantasy location.

Although I needed something that was fantastical in nature, I also wanted it to be realistic. I write YA/NA and for me, grounding my plots in reality is important. So I studied crop circle shapes and discovered that there really are cities built in crazy ways, some of which reflect crop circle shapes. Take Palmanova in Italy as an example (photo on the left).

*insert my best moronic, jaw on the floor face.*

There are dozens more examples, like Palm island in Dubai. The point is this gave me something to go off. I used these cities and crop circle shapes as a springboard to creating my own maps.

So I had a go. I started with this cruddy biro drawing inspired by the patterns and layouts of the crop circles and oddly shaped cities. I know… it’s worse than a mouldy flea infested shit, but it was a first attempt!

Then I had another go, and moved it closer to reality. I inserted a compass, islands and boundary lines. This gave me the initial shape of the world. It’s a well loved bit of paper, hence all the creases. It’s not finished either. I still need to add each sectors’ cities, but for now, it’s enough. I know where the cities are in each section and I can visual the distances.

For the city constructs themselves and the buildings I am using a couple of Pinterest boards to pull relevant images and a mood board together. If you’re interested you can follow me here. Or join my group board for writers’ blog posts here.

So, how do you build cities or locations? What do you need when constructing places? Do you draw maps? Let me know in the comments.

Finally, if you’re interested I found a longer video on YouTube that talks about crop circles and the desert Nasca lines, it’s 50 minutes.

If you enjoyed this post, why not sign up for my brand new monthly newsletter with loads of great tips and inspiration for writers. Sign up here.