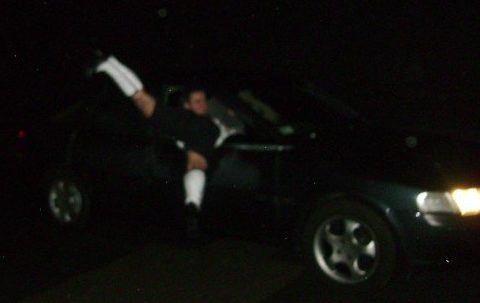 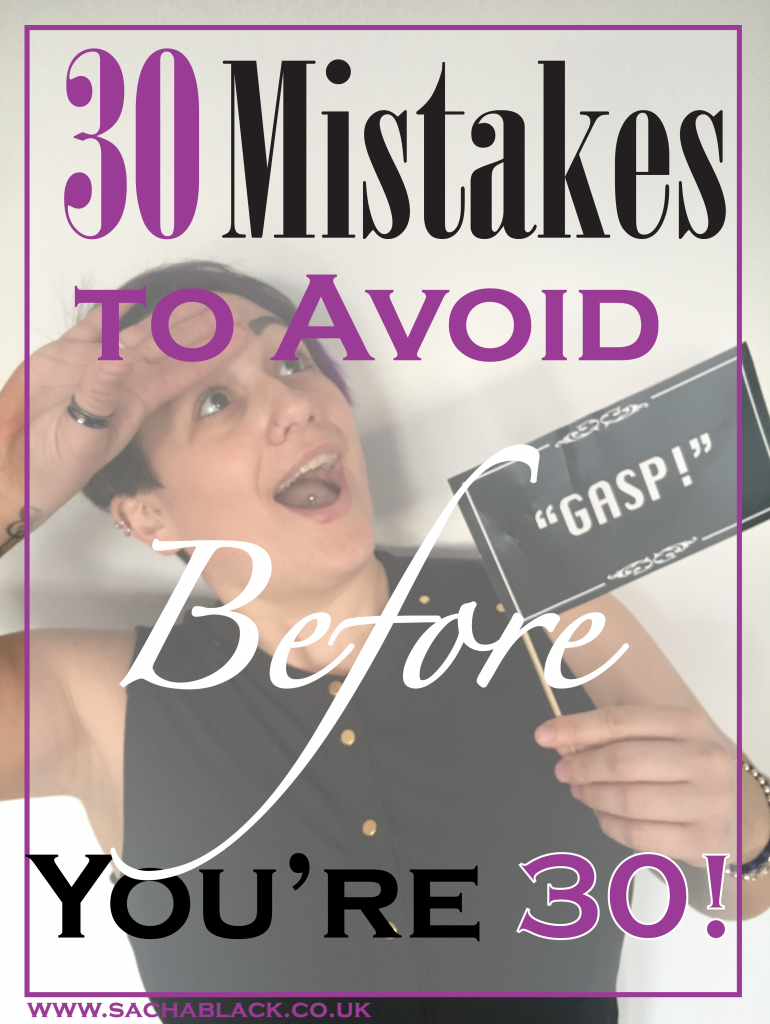 This week, sees me turn the corner into a new decade.  On Friday, I’m going to be 30.

I’ve gone on a bit of a rollercoaster of emotions over this birthday. I think most people do the same when they reach a new decade. So I figured, rather than do a philosophical reflection that’s all deep and meaningful, I’d just shamelessly confess all the dumb shit I’ve done over the last 29 years 11 months and 28 days.

When playing football indoors, don’t kick the door frame instead of the football cause you’re guna break a toe.

After an intensive night of drinking Sambuca shots, don’t assume that you’re safe to drive even at midday. You’re not safe. Especially not over road humps. Those humps make you projectile onto your windscreen. Five humps, five projectiles.

When riding a rev and go scramble motorbike for the first time, it’s vital to know the difference between ‘accelerator’ and using the brake. Especially if you’re about to ride past a big ass mound of mud. Using the accelerator will cause you to ride over the mound and do some aerial acrobatics you really weren’t expecting.

Don’t step backwards in a tree house unless you’ve checked the trap door is shut. Stepping back without checking leads you to fall out, scrapping several layers of skin off your ribs, and a rather peculiar monkey impression half hanging to the trap door and half hanging on to a branch.

When taking friends in your first car (a mini) remember it’s not a Range Rover, but a tiny car. Seven people do not fit into a mini. Seven people should also not be driven over speed bumps while in a mini. The resultant sparks from the rear of the car is your exhaust hanging off.

Learn the roads routes around your home. Because after 10 years of living in one area getting lost on a journey you’ve taken 3498589344528943789 times is frankly embarrassing.

If you’re allergic to milk, make sure you triple check the Starbucks barista is putting coconut milk in your coffee. Otherwise, ensure private toilets are in close proximity.

When dressing up for Halloween as a zombie, try not t0 forget you’re actually human.

N.B. Jumping in driver side window of a moving car is dangerous.

When approaching the deadline for your university dissertation, ensure you haven’t partied all year and have actually done some work. Because turning up on Monday morning for your final tutor session, after having pulled an all-nighter and sheepishly handing over your dissertation will get you the following response: “I suggest you go get a coffee because you’re not handing this shit in.”

It will also result in a university sweepstake being set up with bets placed on how long you can stay awake and not leave the library for. To this day, I still hold the record for 52 hours straight. Got a First though! Muhahaha.

Check the consistency of the beach on your honeymoon before visiting. Should you inherit your mother’s shellfish allergy, and you’re on a nice beach chock full of crustaceans, you’re going to end up looking like a puffa fish on steroids. No holiday snaps for you, Mrs. Black.

When inviting your new colleagues out on a ‘let’s get to know you night.’ They don’t need to get to know you’re flesh. So don’t flash your naked ass cheeks at them. Monday is awkward.

Walk around with an extremely sore toe all day. When your wife suggests you pull the toe because it might be dislocated, don’t then pull the toe. ‘Re-locating’ you’re own toe is fucking painful.

If you have olive skin and dark brown hair. Bleaching it really isn’t sensible, cool or stylish. You’ll look like Spongebob Square Pants.

Going out in see-through lacey tank tops – not cool. Ever. (and no, I am not sharing the photographic evidence of this one) Pervs.

MISTAKE SEVENTEEN – this one is for Geoff’s benefit.


Eyebrows – it’s better for everyone if you just go to a professional to get them shaped.

Don’t go on holiday to Italy with one of your besties, and have too many oranges juices:

You sleep on kitchen tiles…. and throw up in the middle of an Italian food shop. Apparently Italian’s don’t like lettuce with their vomit.

Overachieve on your mid-life crisis, and have your existential at 25. The result is YEARS of pain, sacrifice and nights burrowed away behind a screen. Okay, I lied. Writing is awesome. This one wasn’t a mistake.

Don’t come out of the closet at 16, only to dive back in at eighteen and have to come out all over again at twenty-one. It’s just inefficient.

While in labour, remember that the gas and air is not for sale. So don’t repeatedly ask to buy it, or threaten to steal it while the midwife isn’t looking.

Smash a glass, drop the base on your toe and then wonder around the kitchen waving your toe (which is now pissing blood) everywhere. Applying pressure is much more useful.

When getting off a plane after extreme turbulence due to severe wind. Take the wind direction into account when strategically aiming your vomit. Otherwise, you puke up the back of people’s trousers.

While sober, don’t assume people are drunk, grip railings and dance like a lunatic – people think you’re on drugs instead of water.

When taking the best man to a wedding abroad. Ensure you’ve checked the tickets for the airport information. Turning up to the wrong airport and you’re screwed.

When sleeping outside under the stars. Remember that if you sleep on a hill, you’re liable to roll…into the river at the bottom of the hill.

When pulling dumb faces, ensure that no sly fuckers have cameras.