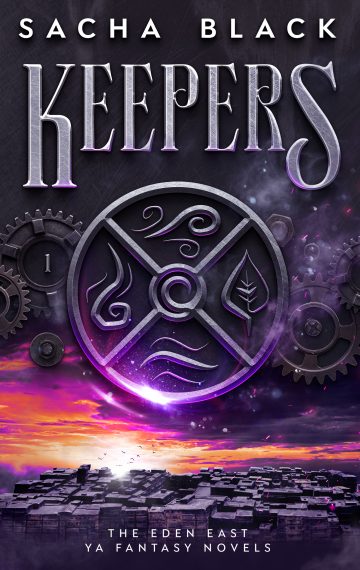 Seventeen-year-old Eden East lives in a world ruled by fate.

A fact she accepted, until her soul was bound to her enemy. Now, accepting her fate is impossible, especially when Trey Luchelli appears. There’s something strangely familiar about him. Something Eden really ought to ignore. But the more she tries, the more she’s drawn to him. Eden is determined to find out what he’s hiding, no matter the cost, even if it’s her heart.

Then her parents are brutally murdered, and everyone’s a suspect, including her best friend.

But the path to answers is fraught with betrayal and danger. And the closer Eden gets, the more she unravels a dark history that will force her to question everything she’s ever known.

Keepers will transport fans of The Red Queen, The Young Elites and The Lunar Chronicles to a world unlike any other…