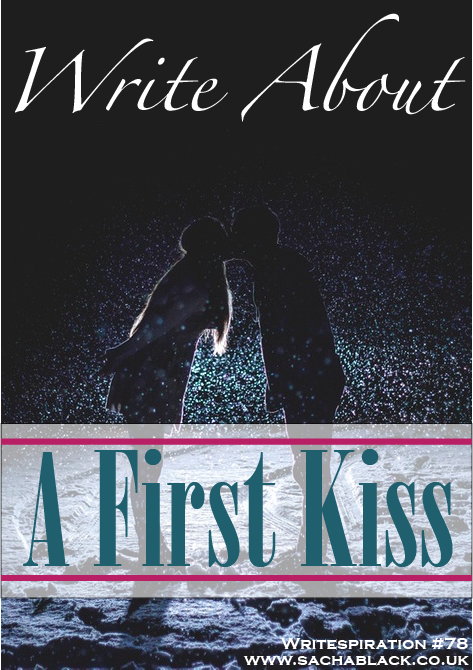 First kisses are hyped up to be this magical, calf lifting, tingly moment. In all honesty, they are usually cold, wet slug infested disappointments.

I remember mine even less fondly than that. I was in the back of a local disco for under 18’s. I forget exactly how old I was, maybe 14. The long-awaited, compulsory slow dance came on a few songs from the end. There’s that moment of sheer panic, every boy and girl in the disco freezes, and casts furtive looks around the room. No ones sure who will grab who and who will suffer the god awful fate of being left on the side.

On this occasion, some stinky teenage boy, from the popular group at school, pounced on me. He latched on with tentacle hands and dragged me (ok, willingly) onto the dance floor. He pulled me in tight like he was cinching a waist band and planted his fat lips on my face.

It was gross. He was like a crazed hoover desperate to suck the oxygen out my lungs. But worse, he then tried to choke me with a slug; his slimy fat tongue flopped in my mouth and I swear it was worst than a pneumatic drill. I have written about slug kisses before I am still not a fan!

Anyway, that’s your challenge, write about a first kiss.

Now to last weeks Writespiration and going to your happy place. First up

Helen and her deepening vampire story, its graphic, vivid and I can’t wait for it to be written. You can read another piece in this tale here.

I’m alone in the dark. I hate it. My mother makes me do this, my eyes straining until red blooms in the darkness. As if it’s going to make any difference whatsoever.
I’m human.
No matter what she does, or how much she loves me, it’s not going to change. So when she leaves, silken wings rustling, I turn inwards. To my happy place.
But something’s different.
My happy place is full of sunshine, golden green leaves above me, shafts of light coming through the trees. The air is fresh and I laugh as I run along the trail, my lack of speed and strength and night vision no problem here, an escape from the guilt of being such a disappointment.
So why the hell am I back in the club? It’s all smoke and red leather and the scent of blood, music pounding in time with my heart.
His eyes are silver grey, his lips parting as he turns. As he comes closer I can see his fangs have dropped. I lick my lips, hoping the anti-feed spray is still working. I can feel his heat, blood-warm and ice-cold. He reaches out to touch me.
My new happy place.

Next up Sarah, with a story that I am certain has legs.

I don’t have a happy place.

I saw someone talking about it in a dumb Disney movie. Can’t remember which one. They’re always on in the background at Sam’s house. His little sister watches those things like her life depends on it. Shit, maybe it does. What do I know? Maybe that’s her happy place. Maybe that’s her lifeline or something. Hell of a lot better than mine. Or Sam’s.

He hands me the joint he lifted from his mum’s purse. I fish matches out of my pocket and we wait for the smoke to kill the stench of neglect and the pain of our bruises to fade.

Next up, Jane, with a beautifully happy story.

She is everywhere in the house, Georgette. Not surprising since she lived here for ninety-seven years. There’s a photo of her on the wall, as well as her parents and husband. No children though. She lived here alone with the two cows until her nephew persuaded her to move to a flat where he could keep an eye on her. There’s a smell of sprightly old lady and cats. Her chair by the stove has a ball of knitting wool shoved down the side. The messages about groceries and visits stuck on the wall by the phone still shout out that life goes on.

In the garden, her bulbs are coming up. In the cowshed, the hay bales smell fresh and spring-like. There is no feeling of emptiness or sadness, but expectancy. What is the house waiting for?

She has left a trail, determined and defiant, as if she has just gone down to the shop to buy a packet of coffee.

I make a promise to visit her in her new flat, show her how life has forged another link, and take her the first narcissi.

Next in Charli is continuing to cheat on her WIP with the ever defiant Jen, and her happy knots.

Jen worked her way down the log, hacking each branch with swift strokes. Her axe sliced raw wood, leaving a bump where once a branch grew. Sap like blood pooled, scenting the air with pine. Without pausing, Jen inhaled the natural perfume. Each step in her laced-up boots was sturdy, her feet knew the way and her thighs tingled with exertion to stay balanced while moving. By the time she reached the end of one log, she’d jump to the next one the draft horses skidded to the landing.

Bumping knots was her happy place.

Breakfast had been a disaster. Schnatterly, the dandy mine owner, showed up to rally the loggers into providing more logs for his flume. Investors were anxious for return on the gold in Boulder Creek, he claimed. Jen’s uncle didn’t like Schnatterly, and this morning the odious man announced his mine now owned the logging operation. Her uncle stood like deadwood. Worse, when Jen rose to refill her coffee, Schnatterly noticed her. Noticed she was female. “You can serve coffee to the room, Hefier.” Her cheeks had burned. Now the sawyers were all calling her Heifer. Demanding coffee.

She continued to swing her axe instead.