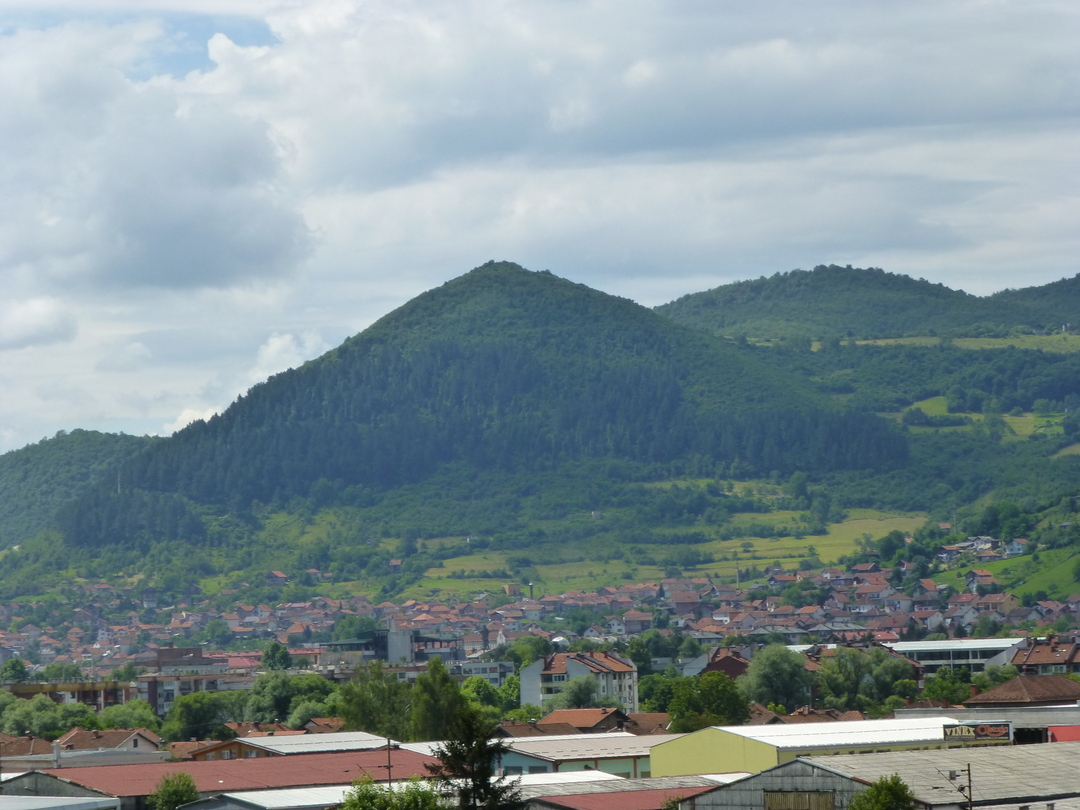 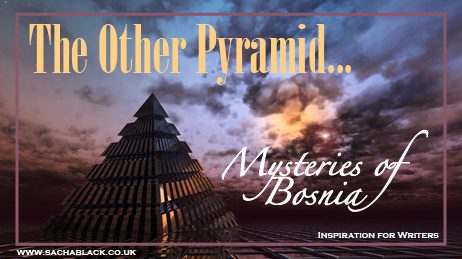 When it comes to fame the Egyptian pyramids make Kim Kardashian’s gazillion twitter followers look small fry. There are very few people I know who aren’t aware of the pyramids.

BUT, the Egyptian pyramids aren’t the only mysterious pyramids in the world. Far from it. In Visoko, Bosnia, there reigns another king, and this one really is the biggest pyramid of them all.

Similarly to the Egyptian pyramids, there are three Bosnian ones. Osmanagich, the gentleman who discovered the pyramids claims that two of them represent the sun and moon. One of them stands at 720 feet, which frankly, dwarfs Giza at 481ft.

There’s ample stone work and steps to indicate that the pyramids are step pyramids like the Egyptian ones.

Some have suggested they were burial mounds. But no skeletons have actually been found in the vicinity. Skeptics claim they are natural mounds. But I didn’t think nature produced straight lines!

More to the point, some of the sandstone slabs forming the structure are over a meter thick, which when you consider it’s dated around 12,000BC (with some reports suggesting 25,000BC), makes you wonder how in the shitstick the rocks magically ended up there.

Add that to the fact the University of Paris has examined the concrete – yes, artificial concrete found in between the slabs making up the pyramid, (sound like brick laying anyone?) The university discovered the cement was resistant to 94 Megapascals of pressure. Yet, there are less than a handful of organisations that hold/create concrete that hard. In fact, one award winning material scientist and writer, Davidovits, claims the concrete in the pyramid is 5 times stronger and harder than anything we can currently make.

Another scientist (Harry Oldfield) studied the energy and radiation around the pyramid. He found that unlike a natural object, who’s energy radiation would be horizontal, the pyramid’s was vertical. It also extended much further into the sky than a natural objects energy would be capable of.

Like all the other pyramids in the world, there are geometrical alignments too. The three tips form an equilateral triangle, with a less than 2% error on the widths, the angles are also all 60 degrees and the sides align with North/East/South/West. Coincidence much? Does that sound like a natural object to you?

There’s a YouTube video detailing the geometrical alignments which goes into more detail about the N/E/S/W alignments and you can find that here.

The reason I find this interesting is because Osmanagić claims that the same people who made the Mesoamerican and Egyptian periods, made these ones.

Why is that interesting? Because it connects them all to the ancient astronaut theories. I’ll let you scratch your own head and figure out what I’m really saying.

The debate on whether these are real or not is enormous. One article on the ‘for man-made’ side is here, which gives nine convincing points.

Interestingly, there is a tunnel system underneath the pyramids. Osmanagić is convinced that these tunnels connect the pyramids to each other. To date, he has excavated over 1000m of tunnels all of which are heading in exactly the right direction to connect them.

I like the fact there is mention of another network of underground tunnels. Hollow Earth talks of the same thing, and yes, I know lots of theories do, but I like interconnectedness. I like when things match and stories collide. I mean, who came up with the London Underground anyway? Why would we think of travelling below ground when it would take so much effort to create that system. Has anyone stopped to ask that?

I also love the thought of a pyramidal city, with a network of underground tunnels. Maybe the tunnels are escape routes or perhaps that’s just how the creators got around. City shapes are something I’ve been fascinated with since I discovered Kowloon Walled City in China, if you haven’t heard of it check it out. I have based one of the cities in my novel Keepers on it.

Did this inspire story ideas for you? Have you heard of these pyramids? What do you think? Natural or ‘man’ made?

If you missed any posts in this bi-weekly wonder series, you can catch up here.

If you want posts like this as well as FREE exclusive writing tips straight to your mailbox, sign up for my newsletter right here.