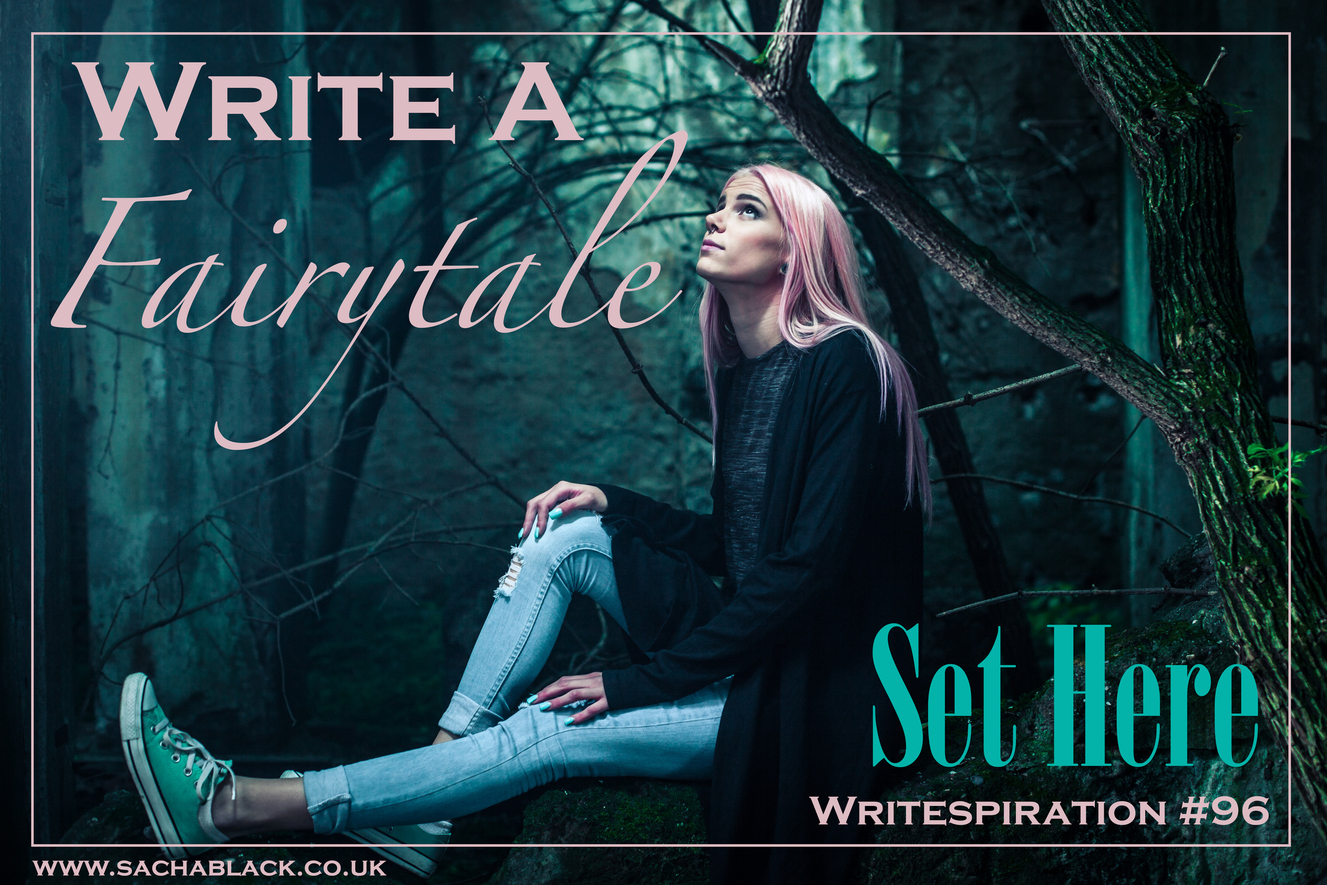 Fairytale retellings are going through a big come back. They’re the latest trend, with books like Cinders, or the plethora of other books on this Goodreads list. I’ve read Cinders, it’s quite good, I liked the twist on it, although for me, the joy of writing is in creating something entirely new. And sure, no story is completely unique, but lets not bicker about trivialities.

This week your task is to write a fairytale, or a part of one, or a fairytale poem set in the photo. Maybe it’s a nightmare tale, or perhaps a happily ever after ending, or maybe a prince’s love monologue. Write a fairytale in less than 200 words. Leave it in the comments or use a pingback so I find it. Due by 23rd October.

Last week, you’re task was to include the prompt Kaledioscope in your entries.

First in was Ladylee Manila

intone me a song
a vibrant kaleidoscope
pondering my thoughts

I re-read the passage and wondered, I was pretty sure that the building work had been done in 1808. But this diary claimed it had been done several years later. Which was true? Could both be correct? Or had I made a mistake in my interpretation?
I flicked through the book and then gasped, it couldn’t be true. In an entry for 1810 the author mentioned a Kaleidoscope, but I knew that was impossible.
I looked at the introduction again, the diary had been ‘copied’ in the 1940s, the original had been ‘mislaid’.
I smiled now, the diary was fiction.

This is exactly what happened when I was shown a book called ‘Old Portland’. It had been published as the diary of a young woman living in the early nineteenth century. I couldn’t make out why the dates in the book didn’t match what was I knew from other sources, until I saw the mention of a Kaleidoscope in 1810. The device, and the name, were invented in 1816, so the diary was clearly fiction.

Allie P up next

The room spun. A kaleidoscope of faces assaulted my eyes, and all of them laughing, as I fought to maintain my bearings. My plate crashed to the ground, sending bits of uneaten sloppy joe in every direction. I could now see bits of whatever had been used to spike my meal. Too late now. Laughter turned to gasps as my legs gave out, granting me only a moment’s satisfaction that at least a few now regretted their prank before my face landed in a puddle of my own making.

Next in Ritu, with a story I can relate to

“Quick Cap’n! They be gaining on us!”

Captain John Bird hurriedly fished his spyglass out of his pocket to see what this vessel was that chasing them.

“It looks like they’re preparing the cannon, and, that be a pirate flag on their mast!”

Focussing the glass, Captain Bird looked out, but all he could see was a rainbow of colours, no ship.

“Damn this thing!” he thought, pulling his handkerchief out to clean the lens.

It was only then that he realised, in the hurry to board his ship, he’d picked up his son’s kaleidoscope instead of his spyglass…

The “boys” could look at but not touch the kaleidoscope collection without her supervision. Nancy had been collecting the tubes of wonder for decades. So naturally, when she wasn’t looking, they’d take sneak-a -peak at the forbidden worlds a few twists and turns revealed.
After she died, the girls were busy packing up antiques for the dealer to sell. They kept asking the “boys” if there was anything they wanted and all they could do was to shrug their shoulders. They had taken what they wanted, when no one was looking.

Like a kaleidoscope, the images flashed through my eyes.

Where memory plucked a piece of time to cherish,

From past travels and adventures and journeys.

An autumn leaf, a blooming cherry blossom and a fresh snowflake,

Shaded with hues left behind by a piece of myself.

Slowly chipped away to nothing as I meandered far and wide,

But shaped back whole by the memory capsules I carried back home.

Fixed with mementos, an imperfect solved jigsaw was I.

Ever resolving. Ever evolving.