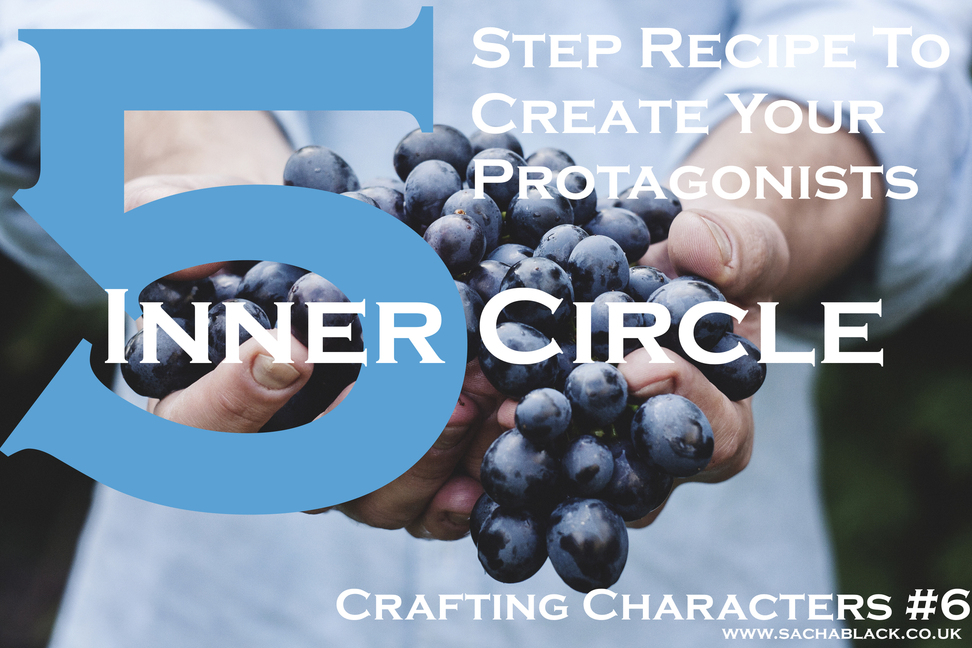 Who’s in your inner circle? You know, that group of friends that you can count on one hand. The ones you would pick up in the middle of the night, or who would hold back your hair whilst you throw up after a hard night out…?

What do you think of when you think of those friends? More importantly what single word would you use to describe them? If you were to write them into your novel what would their archetype be? Let me know in the comments below.

As I write scenes with supporting characters, I’ve come to realise just how important they are. I didn’t give much consideration to what my protagonist needed in her inner circle before I started writing, and as a result, I had some missing elements and some elements that were there and didn’t need to be.

What happened? Some of the missing elements found themselves drawn into one particular character. This character was never meant to be anything more than a bit part. But he has quietly crept into the forefront of my story without me realising, and now is a major player. Which is going to result in major rewrites… sigh. You’d think if you created them they would at least do what you say…

This is where I battle with the plotter / pantser continuum, I want to stop what I am doing and plan, plan, plan, until I know exactly what my characters should be doing. But here’s the thing, my characters don’t listen to me anyway! So I will continue on in my strange pantser way and settle my inner plotter by thinking about this before starting my second draft.

Recipe For A Protagonists Inner Circle

When I realised I had a problem I started thinking about character archetypes. Every character is different and will have a different selection of traits and behaviours and therefore, need a different set of things from their inner circle. But there are only so many archetypes or types of character. Ask yourself, what’s my characters arc? They should change and go on a journey throughout your story. As a basic example, if they start out as an unhelpful person then they should end up helpful by the time the story finishes. Their inner circle should be structured to either help or hinder that change. I intend on choosing a balanced mix of archetypal characters for my protagonists circle that will eventually help her get to the end of the book and her ‘changed state’ but not without pushing her to her limits first.

What’s an archetype? Here’s some examples:

Of course there are more specific things you may need in an inner circle which either provide support to your protagonist, incite action or help solve a problem, but these can be built in through traits, for example: sporty/physically strong, the researcher/clever one, popular, dramatic, aggressive/angry etc. If your character is unhelpful, what do they need to become helpful? A kind friend? Or a nasty enemy to be unhelpful to them to give them a taste of their own medicine?

3. A Dash of Major Minor Characters

Most of the inner circle will comprise main or secondary characters. These characters need almost as much attention as your main character. They need enough history and depth to give the richness needed for an interesting character but also to make the behaviours needed to influence your protagonist seem authentic.

Not all of your characters inner circle will be Major Minor characters. Some will be Minor Minor. What do I mean? Take the classic archetype of a mentor. Mentors are not meant to be on every page of a story. They flit in and out only occasionally entering the pages to give a useful insight or make a thought provoking statement to prod your protagonist in the right direction. But not appearing on lots of pages means there’s not a lot of space to make them memorable.

Minor Minor characters are only briefly in stories, so make them larger than life in order to have an impact. Give them a distinctive characteristics, one or two would do.

Maybe your mentor has a moustache that wiggles, or she constantly bites her nails? Maybe he’s a gossip or liar.

5. Drain Off The Redundant Characters

If your minor minor – or major minor for that matter – characters only appear once, or seem completely unrelated or out of place. If you struggle to find things for them to do in each scene, and they just say stuff for the sake of it… DRAIN THEM OFF. You don’t need them. It will seem more peculiar for a random character to come in and say ‘ta da’ with the answer than it will for a member of the inner circle to have worked out a problem over time.

I’ve done this with two characters. They were always there – but without a role to play, just characters taking up space and words without any purpose, so I killed those babies off cut them out and drained them away! Your protagonists inner circle has to be sharp and purposeful, so if your supporting players seem redundant just get rid of them.

Bake for approximately 100,000 words and voila… you have an inner circle.