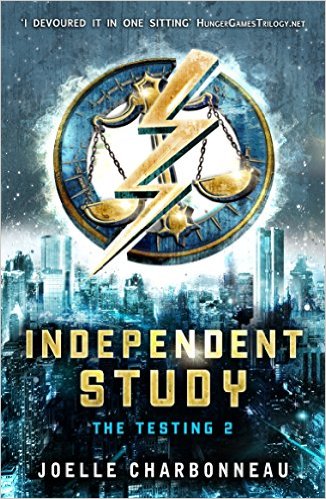 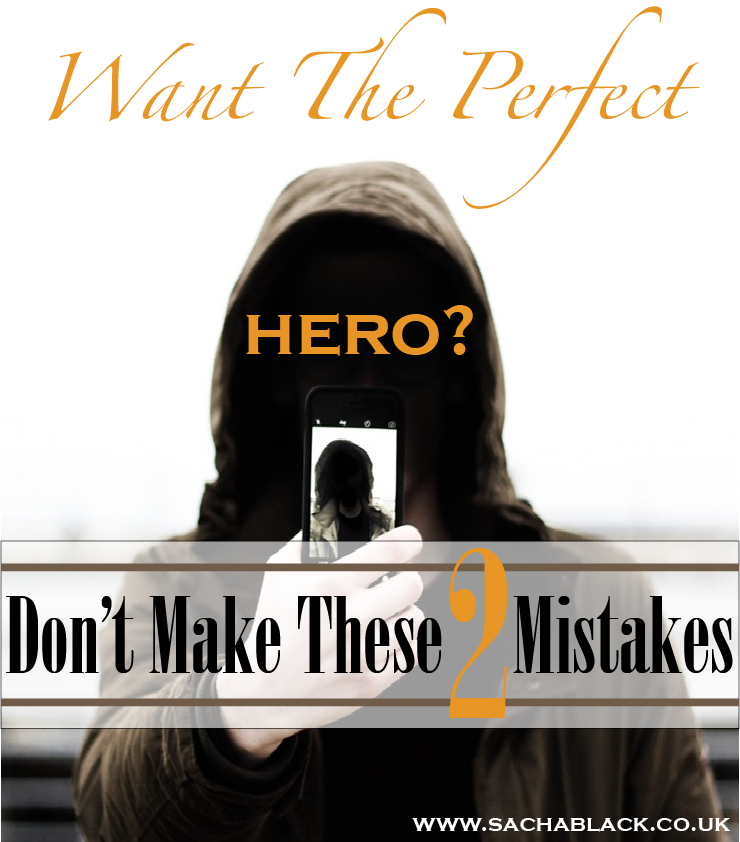 I like examples, I like learning from examples and I just happen to have read another book (Independent Study (The Testing Trilogy Book 2)

), so I am going to use the hero from that to explain how not to create the perfect hero.

The book I just finished: Independent Study (The Testing Trilogy Book 2, is the second book in the testing series. I have talked about the testing briefly before: 4 Tactics to Create Your Perfect Last Line. It is a trilogy, YA (I swear I’ll read something else soon!) and a dystopian novel. Set in a world destroyed by war and in order to help rejuvenate the society, students go through ‘the testing’ in order to get into university. The testing of course, is barbaric. But our hero succeeds and this book is set at the start of university.

Perfection For The Sake of Winning

If your hero is going to win, they need to be good. They need to be smart, or at least have street smarts. Unless your hero is a total loner they also need a team or support of some kind around them so that ultimately, they can beat your villain.

How good is good enough but, more importantly, how good is too good?

If you make your hero good at everything, then there’s no battle, no need for the struggle against evil and no grit to the conflict. They no longer have anything to overcome.

In Indepdent Study, Cia is frighteningly intelligent. So much so, that she never actually makes a mistake. Not once throughout the entire book. I waited and waited for the moment where she would show some humanity and capability for error. But she didn’t. She worked out all the answers to problems, faster than anyone else, with virtually no outside input. She read her team mates, predicted their betrayals and knew how to beat them.

An example… when she is working on an assignment from the president:

“If anyone questions Raffe’s assistance, I can say I was only doing the same. But then I realise I don’t need to.” Independent Testing, Joelle Charbonneau.

This realisation leads to her understanding that the work she is being given is just another test.

I actually did a search in the book, and counted 19 uses of the phrase: ‘I realise’. NINETEEN?? the books only 368 pages, that one use every 19 pages. Who the hell edited this thing?

Now don’t get me wrong. There are barriers for Cia to overcome, but most of them are physical or external barriers – i.e. The testing ground and hostile environment.

Physical and external barriers are good, but only as additions. The heroes flaw should be the hardest thing for them to overcome, all the additions, the nasty villains, the hostile environments, these things should just make it harder for the hero to overcome his flaw. They need to make it seem impossible for them to succeed.

These external barriers shouldn’t ‘be’ the thing your hero has to beat. No one cares if they have to jump a ravine to chase the villain down. Readers care about personal torment and self sacrifice.

External barriers as a cover for perfect heroes just ain’t good enough. The heroes flaw has to be internal.

Cowardly For The Sake of Fallibility

We spend much of the book, and in fact, much of the first two books, with Cia as the hero; a strong female who’s driven, determined intelligent and utterly fearless.

“I cannot deliberately make a choice that could end my life. I am not a leader. I am a coward.” Independent Testing Joelle Charbonneau

Up to this point she has thrown herself in the way of danger without a second breath. But at 84% she decides she’s a coward and basically hides in her room for a day. Precisely 1% later, at 85% she changes her mind again:

“And I realise – the walls are constructed of my terror. To escape, I will have to not only face, but defeat, my fear… The safety is just an illusion. no matter how careful I am or how good my grades are, I will never be free of the threat Dr Barnes and his system present.” Independent Testing Joelle Charbonneau

I actually can’t believe a 1% kong change of heart got through the edits to be honest. It was so jarring, I actually had to re read sections to check she was being serious.

Character flaws are good. Yes. Essential even. BUT…

If you want a flaw in your character to be believable and authentic, you need to show that flaw the ENTIRE way through the book or at least allude to it. That is the purpose of flaws. To show the protagonist growing, developing and overcoming that flaw as the book progresses. NOT to slap one in towards the end, because either you forgot or couldn’t be arsed to weave it in earlier. That’s just poor authorship and makes the character seem trite as well as unbelievable.

Unfortunately, the book has been widely criticised for being too similar to the Hunger Games and whilst I can see the links and, given it was published five years after HG’s, was probably influenced by it. However, it is a different story, based in a different setting and with different characters, so I think people who liked the Hunger Games, generally speaking would like this book too.

Whilst I have picked out two distinct lessons on what not to do with a hero, I did actually like this book. It was a little slow for my taste, and as a result I didn’t feel it advanced the plot much on the first book. But perhaps that was because the first book was so pacey. I suspect, like many trilogies, this second book was just a filler.

I would genuinely recommend this series to any YA dystopian fan, I will certainly be reading the final book, despite this middle one. The characters are full of depth, and Cia has a clear and wonderful voice full of angst and emotion. Exactly what you’d want and expect from a YA book.

Independent Study is the second in the Testing Trilogy, Amazon says this about it:

Cia Vale is now seventeen and has everything she ever dreamed of: a boy she loves, a place at the University and a future as one of the leaders of the UnitedCommonwealth. The Testing should be nothing more than a blank space in her mind; an achievement to be celebrated, and then forgotten.
But Cia remembers. As further evidence of the government’s murderous programmes comes to light, Cia must choose whether to stay silent and protect herself and her loved ones, or expose The Testing for what it is. Above all, the University is a dangerous place, and Cia must remember the advice her father gave her: TRUST NO ONE.

If you liked this post, why not subscribe here to get exclusive writing tips, tools and inspiration as well as information on the release of my books.