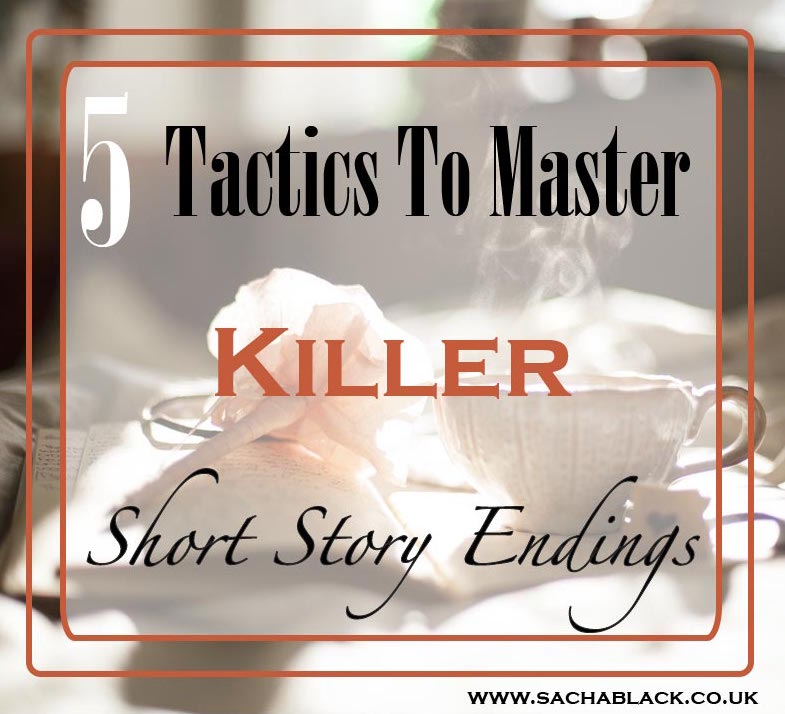 I’ve always thought the ‘short story’ was one of those irritating elephants in the room. My particular brand of short story elephant, is made of shiny gold, and spends 100% of his time glaring at me from the corner of the room looking down his extra long trunk nose to make me feel woefully inadequate.

Every author knows they should be able to write a short, but not everyone can.

I’m so inept at writing short stories, I wrote a piece of flash fiction last year and the fucking things turned into 30,000 words of what will be a novel. Apparently I didn’t get the ‘SHORT’ memo.

All I can do is write full length novels, or blink-of-the-eye flash fiction. Something about that smug middle man puts me in a catatonic state of ‘fuck-you-upitus-writersblock.’

However, Esther Newton, is a master of the short. I’ve just finished reading her collection of award-winning short stories: The Siege 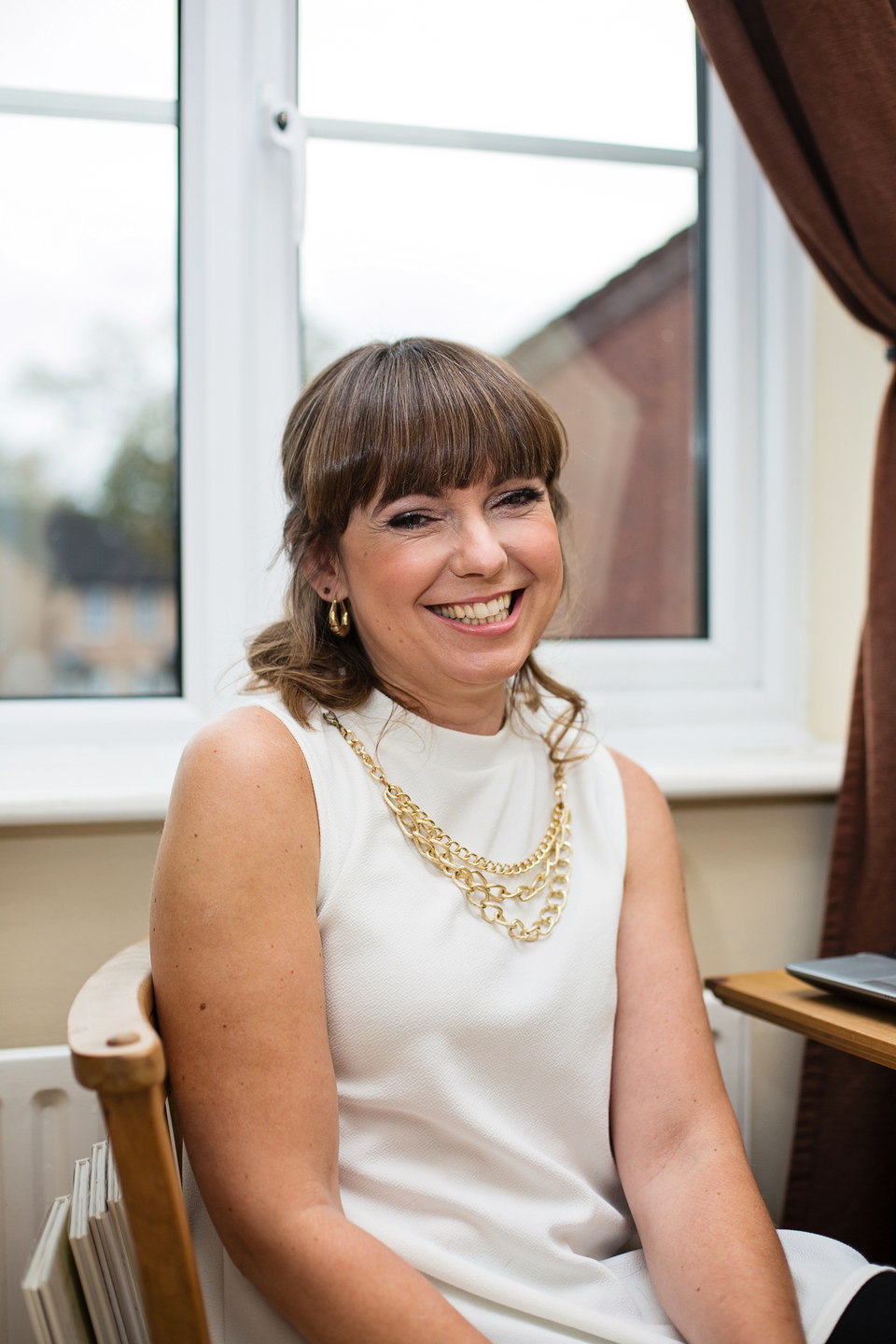 By diametric story, I mean that the start of the story is the exact opposite to the ending.

An example in a paragraph:

Let’s say your story starts with you, skirt ripped, hauling yourself out a ditch to do the walk of shame home. You’re still single, still heartbroken and just got used… again. So you promise to be a good girl, starting again…. tomorrow. You spend the majority of the short story not being a good girl and doing, well, everything. But, in the process you fall in love. Pinch of conflict, dash of romance and the end of the story has you climbing out of a ditch all over again, only this time a hand reaches out to grab you and pull you out. The hand of your new lover.

The start is the exact opposite to the end.

Opposing the beginning and end of a story is an essential tool for novels but it’s like Oxygen for shorts. The lack of words and depth keep the beginning more salient in a readers mind. Meaning a nice big bang for your ending.

The story opens: ‘There would be no reading of the last will and testament of Joshua Needham.’

Now, without giving too much away, the story ends with a will of another kind, but the fact there is one makes the ending the exact opposite to the beginning and wonderfully satisfying for the reader.

I asked Esther what the most important factors are in setting up a killer short story ending, she said:

“When I open a story, I like to hook the reader’s interest straight away. The reader starts to think a certain way because of that opening, so I then like to take them elsewhere – often in a completely different direction to the one they first thought the story was going in. It makes the opening all the more effective and by the end the reader feels as if they have been on a real journey. So to answer the question, for me, a killer ending often works because of the opening.

Newton creates every circus performers wet dream; a tightrope so seamless it perfectly joins the beginning of the story to the end. That’s what makes her stories so satisfying: consistency of that thread/theme/phrasing/plot line, throughout the story.

But, if you want to give your readers that goggle eyed ‘I just opened an entire box of chocolates’ feeling, you need to make sure the build up to it is just as watertight.

I will continue to use Joshua’s Will, save spoilers for any of the other stories. In order to make the reading of his ‘alternate will’ so satisfying. Newton does several things:

These factors: making it clear what the characters want, making it impossible for them to get and then torturing them before giving it to them are fundamental to the perfect set up.

I asked Esther what factors she considers when setting up her stories:

“I tend to plot my stories. I find the beginning and ending come to me pretty easily; I then have to work out how the story gets from the beginning to the end. This is when the set-up comes into play. If my ending is a twist, I need to think about how not to give it away, and how to lead the reader away from it. But then neither must I leave the reader feeling cheated and as if the ending has come from nowhere.

When I write a short story, I always picture myself in the characters’ shoes; I imagine what it’s like to be them, to experience what they’re going through. I think this helps the storyline to work, as well as for the characters to come to life.”

I’ve written about the last lines of YA dystopian fiction before. I looked at the differences in last lines between first and last books in trilogies. There are obvious differences like, the last line of a first book leaves a little something open, final books don’t.  There are other things novel endings do, like foreshadow when there’s another book coming, but they also resolve conflict.

Shorts don’t allow a continuation of the story. They’re one offs, so everything needs to be resolved with a shit-the-dog-up firework of a last line.

In Newton’s story ‘Joshua’s Will’ the ending is symbolic with another will being read but the actual last line is the emotional reaction to it depicting the bittersweet satisfaction of being given the will and giving the reader the same feeling. I cried harder than the terror tot does when I tell him he can’t have a third cookie.

Newton has another wicked cool trick up her sleeve, she creates poetry through the opposing flow of diametric start and end sentences. Newton also uses repetition and symbolism to give her last line some TNT.

I asked Esther how she makes sure her last line counts:

“When I set it up, I have the beginning and ending in mind. I’ll loosely plan the middle, but often it’ll change once I start and sometimes the ending does as well. But I don’t worry about it; I let my mind work at it and sometimes – when I’m doing something mundane like cleaning the loo – the perfect last line comes to mind. For me, a cracking last line is essential. It’s the last thing that’s read and so you want it to stay with your reader.”

Loose plot ends are a no, no, it’s as bad as walking out the work toilets with your dress hooked in your kacks and toilet roll superglued to your stiletto.

I asked Esther how she ties up her loose ends:

“I always think about ensuring the ending is clear to the reader. Does everything make sense? Yes, as the writer, you know exactly what’s going on, but will a reader? So I always look at it from the reader’s viewpoint.

That isn’t to say you have to tie your story up in a nice little bow. Many readers like a story with an open ending so they can finish it for themselves. But it must be clear e.g. it’s no good having a character who’s killed off earlier on in the story suddenly turning up at the end alive and well without any explanation.”

FIVE – Make Use of Your Titles

The title is often forgotten. It’s a hover over the submit button, ‘fuck-it’ realisation. But it shouldn’t be. Short stories are compact, you have a limited amount of words, and usually, the title isn’t included. So use it wisely.

Use it to foreshadow, Give a secret away, or, like Newton, in her last story ‘ A New Beginning’ use it as a repeating line – in title and again as the last line of the story.

I asked Esther how you can make best use of your titles:

“Titles work well in intriguing the reader. Your title could be a play on words; the reader won’t know til they read your story. Or a title can set the mood and atmosphere for a story. So by the time the reader has read the first line, they’re already into the story, and feeling part of it.” 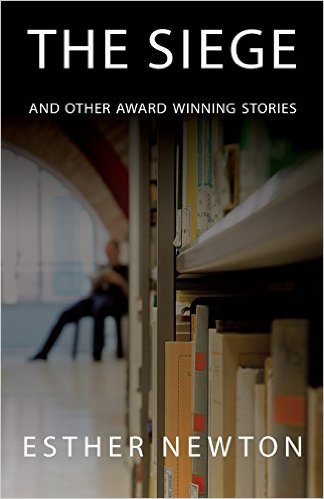 says this about the book

“After launching her short story collection, ‘The Siege and Other Award Winning Stories’, as an ebook, freelance writer and The Writers Bureau tutor, Esther Newton, has received numerous requests to bring out a paperback edition. ‘The Siege and Other Award Winning Stories’ paperback features a further six short stories, as well as the original twelve from the ebook, offering more drama, more tension, more laughs and even more emotion. From the heart-rending story of a young girl who’s never had a friend, to some special letters to Father Christmas, and a woman running away from a violent man, each story will keep you reading on straight into the next. The collection includes prize winning short stories from Writing Magazine, Writers’ News, The Global Short Story and Ouse Valley Writers competitions, amongst others.”

I have been working as a freelance writer for sixteen years, regularly writing articles and short stories for magazines and newspapers such as Freelance Market News, Writers’ Forum, The Guardian, The Cat, and The People’s Friend to name a few.

Winner of Writing Magazine, Writers’ News and several other prestigious writing competitions and awards, I have also had the privilege of judging writing competitions. A collection of some of my prize winning stories has been put together in a book, The Siege and Other Award Winning Stories, which is available in e-book format and paperback from Amazon and all other on-line stores.

My children’s series of fiction books for 5-7 year olds, Sophie’s Secret Quest, has been taken on by a publisher and the first in the series is due for launch later this year, you can find out more here.

I volunteer for my local Cats Protection and was delighted when they asked me if I’d take over as editor for their magazine, The Cat Flap. It’s been a bit of a learning curve, but I’m relishing my new role.

As well as working as a freelance writer, I have branched out into the exciting world of copywriting, providing copy for sales letters, brochures, leaflets, slogans and webpages.

I love writing but I also enjoy helping others, which I achieve in my role as tutor for The Writers Bureau. In addition to tutoring I have a blog, designed to provide writers with support, market information and advice here. I also have my own guidance and advice service, which I set up to offer writers support in any way I can, find out more here.