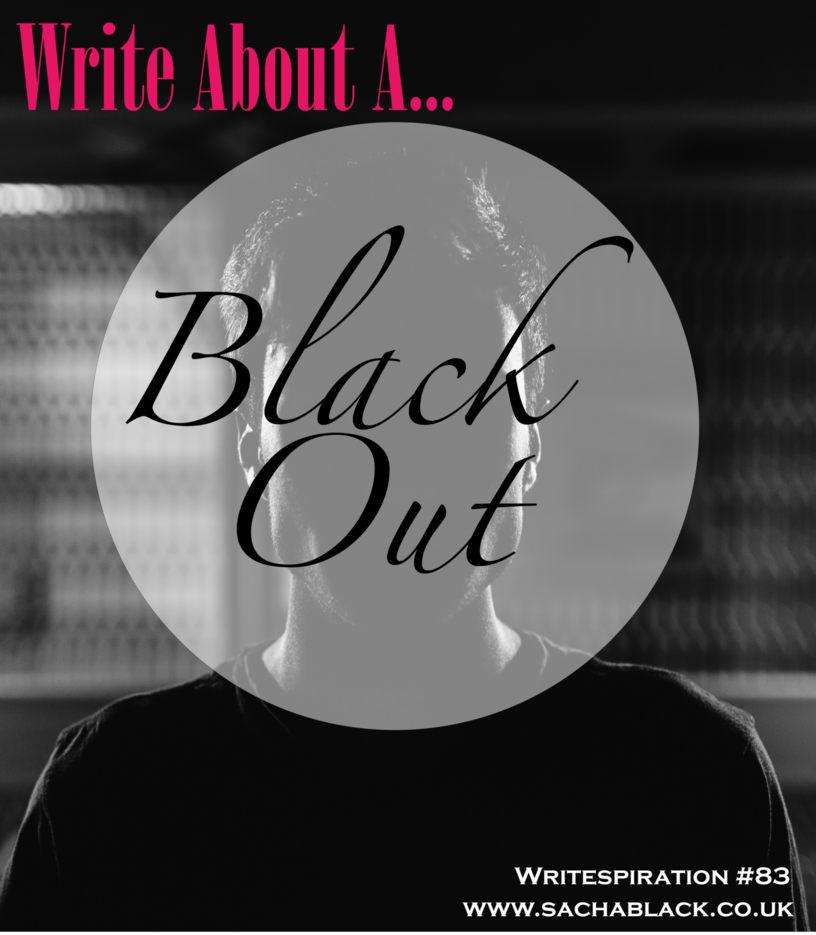 Some of you will know that a few weeks ago, I had surgery.

I haven’t had surgery before and I don’t mind admitting, I’m a control freak.

So the prospect of having my life literally suspended with no awareness of what the shit was happening to me for two whole hours, was not something I relished.

In fact, I spent at least three weeks prior to surgery loading my pants with a massive terrified brick. I mean, I was going to die wasn’t I?! Seriously. I thought that. I was convinced I’d never see my son grow up or hold my wife again because they were going to euthanise me with a general anaesthetic.

It’s safe to say I had more than one or two issues voluntarily submitting myself to the two hours of tortuous drill to the face American Psycho surgery.

The last thing I recall is seeing the anaesthetist pumping half a dozen vials of clear liquid into my hand. I asked what they were, and he smiled sweetly, with only a hint of a glint in his eye “a cocktail of drugs, enjoy.” I raised an eyebrow and asked the giant nurse on my other side which one would make me go to sleep.

I mean, they make you count down in the movies, right? I expected a countdown. I pay taxes for a god damn count down. If nothing else to pacify my inner control freak. I wanted to know my last moments before being euthanised. The tall nurse said, “this one…” I managed a pathetic “oh” and promptly said goodnight.

I was robbed. No count down. Nothing. If I hadn’t been off my face on morphine I’d have made them do it again just so I got the countdown.

Have you ever seen Me Myself and Irene? Watch this 22 second clip:

When I came to the first thing I said was: “I’m Jim Carey.” I mean, I was off my face on morphine, but having had a tube stuck down my throat and a Molotov of cotton mouth inducing drugs poured into my body, I was a little parched. They refused my water request until they had me back in the room.

At which point they put a BP arm band round my arm and as it filled with air and crackled I claimed to be the Hulk. Umm… It seemed logical at the time.

I think it’s safe to say I’m not really cool with black outs. But they do make for humorous party stories.

To the challenge (next week another game, promise!):

Black outs can be anything, from the lights being snuffed out in war time, to a quick nod off during surgery. Write about a black out in less than 200 words.

Esther up first, (who has an awesome flash fiction writing competition (with prizes) out now, check it out here.

Al  went classic with this start an end…

“I woke with a start…
It was all a dream”

Rosie broke SO many rules with this one and made me laugh out loud at the end!

Opening line…Ann sighed, she looked out of the window at the dreary, damp wet clouds, they were heavy with fat droplets of rain, she stopped listening to the teacher who was droning on about someone famous in another lifetime, and somehow let her mind drift to last year when her life changed forever.

Closing line…the thing was gaining on them, they ran faster, jumping over dropped branches, Ann looked back to see how close it was, she glanced at Paul and caught her breath as he began to glow, she smiled, could they really make it in time? ….continued in book 2

Jane came up with two crackers

In the beginning, the earth was void and without form, darkness was on the face of the deep, but after twenty-four hours somebody got the lights working.

“I think that bloody darkness is coming b—”

King Tron settled his crown straight, frowning at the ladder in his tights and sent his squire for a bottle of nail varnish.

The battle was won, but King Tron frowned at the menacing darkness that still hung on the horizon, and the ladder that had started up the other leg of his tights.

Allie in next with a horror (in my humble opinion) story

The day started out exactly as the day had before and the day before that. Nancy sighed as she looked out her bedroom window. The story of her life lacked a hook.

“Good morning Nancy,” her mother called from the hall. “It’s another perfect day in paradise!”

Oh yes, perfect, Nancy thought with a snort. If by perfect, you meant nothing ever happened and everyone was content.

“You are going to sleep the day away,” Nancy heard her mom shout as Nancy pulled the covers back over her head.

The day ended exactly as the day had before and the day before that.

Lori in next with this foxy number

Anne up next with her first  entry to writespiration, and what an entry!

Little Mrs Grandison, who was always known as such to distinguish her from big Mrs Grandison who wasn’t really that big, but always wore her hair in a beehive which was a very popular style then, crossed the Church behind a huge bouquet that dropped petals, leaves and water over her feet.

Little Mrs Grandison tucked the secateurs into the font where, what with dropping numbers and so few baptisms no one would find them for an eon or two, and crossed herself before the altar in a defiant gesture that spoke more of ticking all the boxes than of religious observance before she left by the side entrance as it was furthest from that gruesome sight under its old-fashioned beehive.

Mike M in next another newbie to writespiration with this…. umm…. random assortment of lines! Also Mike went to town on his blog with these, some are genius, check them out here.

My mind raced like a speeding NASCAR driver rocketing down the road turning unsuspecting animals into gooey road pizza.

And as I wrote “c=sin1” on question 50 of the exam, I looked back and felt supremely confident that the only question I answered on the test was correct. Maybe.

Charli in next with this hilarious entry

Once upon a time I wished upon an alien star to give my blogger bestie beastly inspirations, you know, like reptilian googly-eyed characters or maybe hot-mama androgynous Viking Argonauts to the cosmos, but I never dreamed in a million years it would bring me dark and stormy nights.

Now I’m terrified to go to church or trust the government because aliens are real and aliens live in Idaho and screw it all, I thought I only had to worry about grizzlies.

Next, Sarah, with a disgustingly positive entry!

The waiting room smelled like cheap air freshener, fake rose and sickly sweet vanilla, mixed with the lingering scent of hopelessness as Tiffany and Pierce sat separated by loathing and distrust on a blue, faded couch.

And, as they walked home, holding hands, they knew they would be one of the lucky couples people envy as they gaze at each other over their half-full glasses of white zinfandel.

Helen’s made me laugh out loud…

It was a dark and stormy knight who rode in on a white horse to delicately scoop her up like ice cream onto a cone, skirts a fluttering as they rode into the sunrise.

‘I never liked ice cream anyway,’ he said, closing his visor with a snap as he rode stormily into the sunset, skirts still fluttering, leaving her there alone, or should I say, a cone.

Get exclusive writing tips and inspiration content straight to your mailbox, by signing up for my sparkly distinctly un sugar coated newsletter right here.