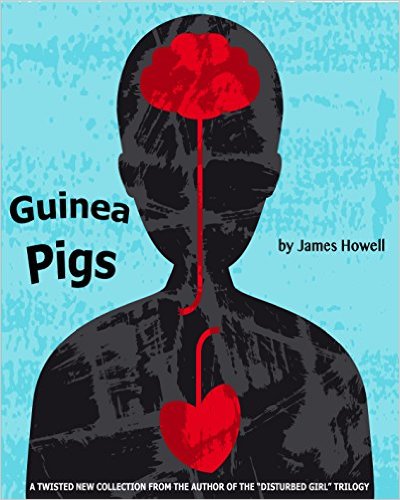 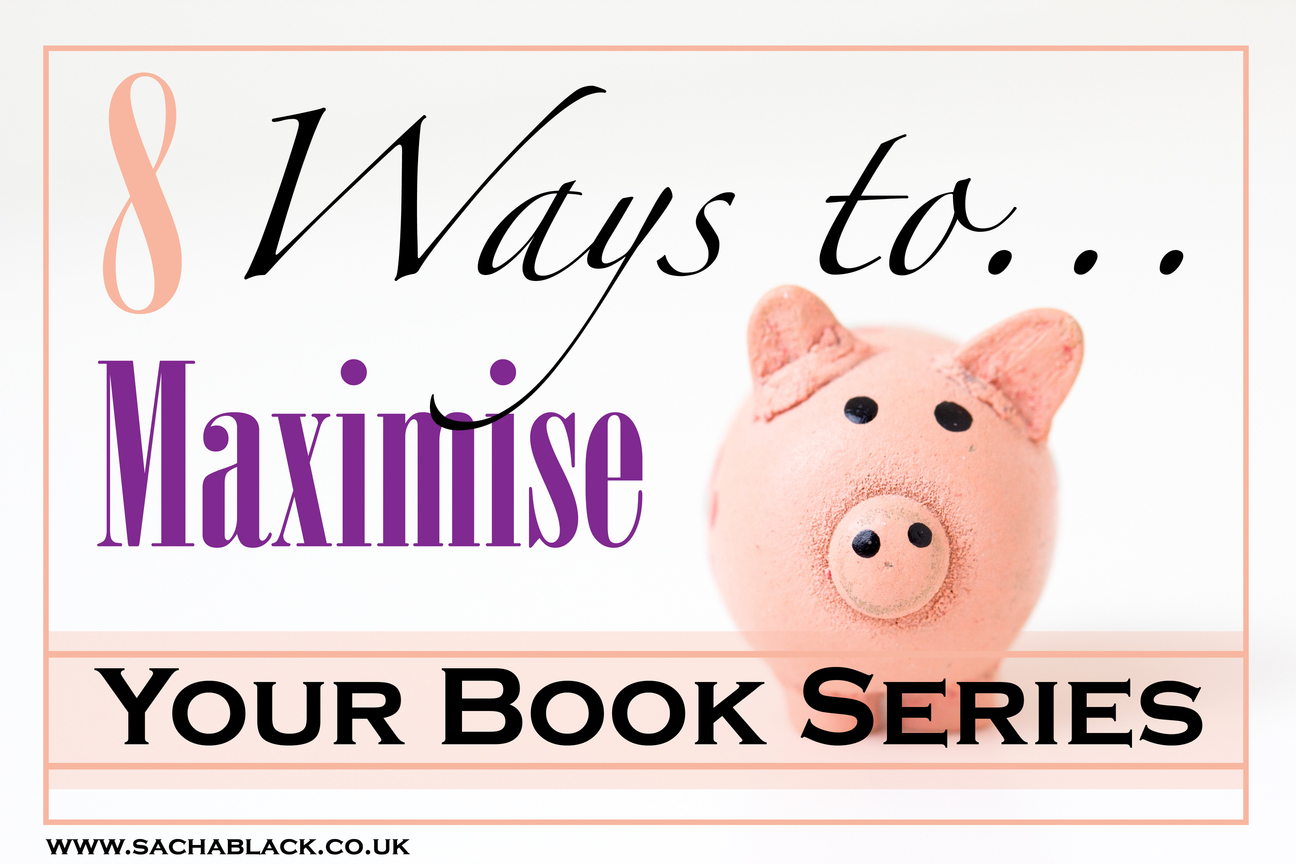 There’s this trend… I’ll try not to be skeptical, actually who am I kidding I’m always skeptical. This trend involves finishing your novel series, whether its a trilogy or ten book epic and then promptly…unfinishing them… to because there’s more story to tell.

Take Veronica Roth and the Divergent series. She finished her books and then did a whole spin off series based on the character Four. She wrote shorts, novels and all kinds of other crazy empire expanding nonsense and of course the fans all loved it.

I hadn’t even considered writing more than my planned number of books for my Fallon series as an option. But then I read James Howell’s latest book, Guinea Pigs

and realised I’m half way there anyway and I haven’t even published the first book.

So here’s some tricks on maximising your book series empire inspired by Howell’s latest book.

If you haven’t heard me talk about Howell before, I’m surprised. I’ve interviewed him here and his first book A Disturbed Girl’s Guide to Curing Boredom

But his latest book isn’t related to his Disturbed girl trilogy. It’s different. It’s a set of three longish short stories. Set in the same world (ours) albeit with a lot of fucked up individuals! Each short story has a different protagonist and all the stories culminate in a final joined up ending.

Veronica Roth (author of Divergent) took her protagonists love interest, Four, and wrote another set of stories too.

But what she did was dangerous. We were used to one character, frankly I liked the protagonist I wouldn’t have spent weeks worth of baths and bottles of wine indulging myself in the story if I hadn’t. AND lets face it – not many people like change – taking another character into a spin off series is riskier than knife throwing under the influence.

But Howell didn’t do that, he took completely different characters and embroiled them in a completely different story – I thought it had no connection, no relation to the original series and I’ll be honest, that concerned me. I worry when reading an authors ‘other work’ because nine times out of ten, if I love one book series, I’ll hate the next. It happened with Charlaine Harris’ True Blood, and I’ve no doubt it will happen again.

But it didn’t with Howell.

I’ve heard of other indie authors doing this, writing longer shorts and combining them all in the final story, but I wasn’t sure it would work, let alone work off the back of a trilogy.

The reason it worked, was the way he connected the stories to his original work. There is a reveal, it’s tiny, barely a sentence but it clearly links back to his original series and opens the door WIDE to a whole other storyline (in new books) with our fave protagonist – just when we thought it was all over too.

And who knows, maybe it was really all over. Maybe ‘just carry on your story’ sounds too obvious. Except that it really was over for JK Rowling until apparently it wasn’t and now we have a whole new book/play thing coming out. Likewise, Roth executed her main character, how much more over can you get? Except that it wasn’t either because now there’s the four series. This is an emerging trend and I don’t think it’s going away.

This trend is like the ultimate cure for a book hangover – and selfishly, means that even when you write ‘the end’ on a trilogy/series you (the author) get to continue to write about that world you love so much too.

I’ve had to write shorts to work out plot problems, and back story in my own novel. In fact, I have entire chapter length stories that were written about side characters, all of which I was happy to leave in some obscure e-folder never to be opened again. But given this trend, maybe I’m missing a trick. Who’s to say these won’t be useful for something else once the series is over.

8 Different ways to maximise your series

and here’s a bonus one, inspired by this post from Linda, write your protagonists autobiography.

I contacted James, to see what his thoughts were and asked a couple of questions on how he has maximised his series:

James, what made you put the reference to hannah in when you had finished your trilogy?

Although the Disturbed Girl trilogy finished quite neatly with Hannah (or what was left of her) sailing off into the sunset, I always thought there was scope to explore what she did next. Where does she go after Cyprus? How does she recover from her injuries? Does her relationship with Luisa survive? Can she really be a mother to Naomi?

I suppose I semi-retired her at the end of A Disturbed Girl’s Redemption, meaning that I could move on to other characters – as I’ve done with Guinea Pigs – but still bring her back if my readers wanted more and I felt there was a worthy story to tell.

Readers have told me they want more Hannah, and to be honest I’ve rather missed her, so my plan is to bring her back in some way for my next novel.

How do you think an author can maximise their book series?
I only intended A Disturbed Girl’s Guide to Curing Boredom to be a one-off, but when readers fell in love with Hannah Harker I decided to develop a series for her.
Because “Boredom” was written as a one-off, I found it tricky coming up with a realistic plot line for the sequel. Some people have said that the plot of A Disturbed Girl Implodes

is too much of a stretch, and that’s probably a fair criticism. I’d certainly urge authors to consider sequel options while they’re writing their debut novel (killing off your hero isn’t a good idea, for example!)
Once you’ve decided to write a book series, it’s important to develop a strong network of other characters around your central protagonist. If you try to write a series just focusing on your hero, I think you’ll soon run out of steam. Creating other characters gives you the chance to explore different themes, voice different opinions, use different locations and vocations, and test your dialogue writing skills. How the different characters come together and interact then throws up numerous plot lines for the series.
That said, never lose sight of your lead character. A successful book series needs a very clear central character who grips readers, surprises them, shocks them, makes them laugh and makes them want more. Hannah Harker is not a “good” person and I don’t expect readers to sympathise with her, but I do want my readers to empathise with her. No matter how crazy your lead character goes, make sure your readers can still relate to them in some way.
Another way to maximise a book series is to start developing your lead character into a brand. I’ve given Hannah Harker her own Twitter account (some of her drunken tweets are filthy!) and she has started blogging on the Disturbed Girl website. A photographer I work with in Holland commissioned a model to pose as Hannah for a photoshoot, which has got a lot of international press, and an electronic music artist called Himuro Mansion produced a Disturbed Girl album called “Hannah’s Mix”. I’ve also launched a range of Disturbed Girl mugs and T-shirts, which all helps with the brand and offers another income stream between books.

How else can you maximise your series? Let me know in the comments.

If you haven’t signed up for my newsletter already, there’s still time before the next one is due out. It’s full of tips, tricks and hacks for writers. Sign up HERE.

Find out more on about James and his genuinely amazing Disturbed Girl series on his website follow him on Facebook or buy the book using the amazon blurb link.

This dark collection of short stories examines three seemingly unconnected people as they slide along separate paths towards chaos and tragedy. Will any of them find salvation, or will they all be destroyed by the terrible deception that unites them?

Guinea Pig 1 – The Man Who Couldn’t Laugh
Colin Jones is a neurotic suburban nobody who has a serious problem with his new neighbours. Spurred on by what he reads in the tabloid press, how far will he go to get them evicted?

Guinea Pig 2 – A Wild Life
A damaged woman travels to Africa to escape from her life of sex and violence. As she touches down in the Gambia, she has no idea that her nightmare is just beginning.

Guinea Pig 3 – Red Demon
Detective Josh Brody works in the bleak underbelly of south London trying to protect victims of hate crime. It is a grim world, and he might be closer to the misery than he realises