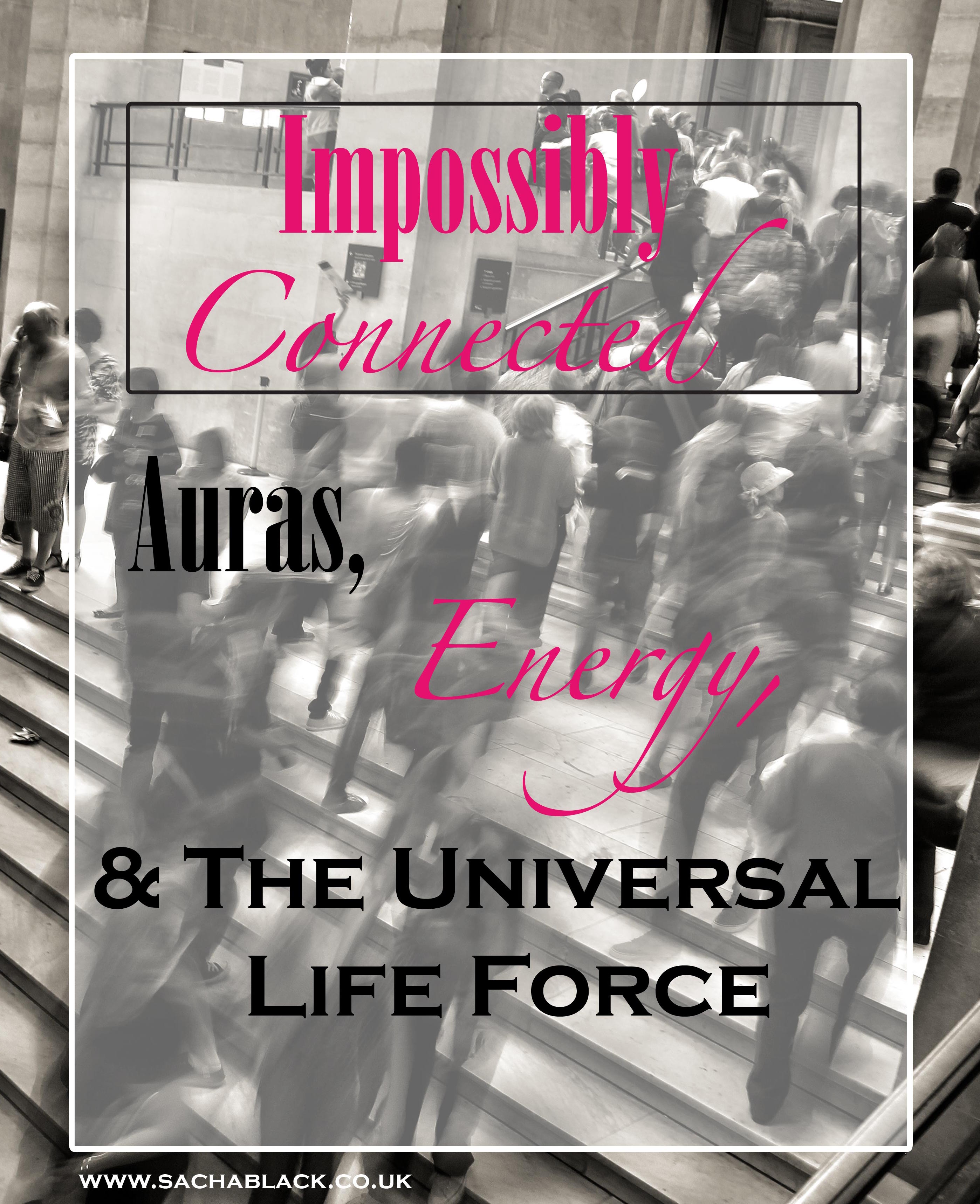 I’ve had more than one of those jaw dropping moments. The excuse me while I demonstrate my gormless look and allow my brain to crap itself.

I’m talking about when you meet someone for the first time and are so overwhelmed by the ‘we must have been separated at birth‘ feeling that your soul has an orgasm over this impossible, unearthly connection.

I’m not sure I even have the word to describe?! But I’m better you know what I mean.

It’s not always positive either, have you ever met someone, or seen someone from across a room, and taken an instant dislike to them? A dislike so deep-seated you’d make Professor Umbridge look like child’s play?

I visited the same hairdresser for years, then out of no where I became anxious about having my hair washed in the sinks. It got so bad I had to wash my hair before going to the salon to prevent the anxiety attacks I was having. That’s when I realised what the problem was.

It wasn’t a what. It was a ‘who‘. A new girl had started around the time I got anxious and her touching my head was sending me kaakaa. When I told the hairdresser, he confirmed my suspicions and said she’d been stalking him, following him home and threatening to cry rape if he didn’t have sex with her…

How did I know that she was bad news? Every time I went near her it felt like she was one of Harry Potters dementors sucking the life out the air.

It could be a coincidcence, just one of those things, only, it’s not the only time it’s happened to me, and I’m not the only one that talks about this kind of thing.

Supposedly there is a force, an inexplicable energy that surrounds and flows through us, connecting us all. It goes by a multitude of names: Qi, Ki, Huna, prana and the Chemist Baron Carl Von Reichenbach called it the Odic life-force after the Norse god Odin.

It’s even referenced in famous films like, Star Wars.

Chambers Dictionary of the Unexplained

defines it as thus:

“A field of energy said to be produced by and to surround all living beings. It can allegedly be sensed or seen by people with paranormal abilities.”

There are endless accounts of this energy and the channels it flows through in our bodies. There are those who claim they can see your aura too. Several natural medicine fields, like Reiki, focus on these channels and our bodies energy.

Interestingly, the word ‘aura’ is Greek, and it means “breath”

This energy/aura is linked to our chakras, when a person is healthy the flow of energy is natural and smooth – when someone is unhealthy the flow is disturbed. It’s these disturbances combined with mood and emotional swings that affect our auras and the perception we have of them.

A long time ago I knew a person who, despite being lovely, used to exhaust me. I would find myself physically leaning away from them in my seat. It felt like I was being vibrated every time I was near them. I had no idea I was doing it, until someone called me out on it and asked why I leant away from this person! Years later, someone told me that people who had been attacked violently often extend their ‘aura’ or energy further so that they have a protective barrier, and this is what was vibrating against me. They had been attacked. Whether that was the cause of what I felt though, I have no idea.

I have a fascination with this connection, the invisible string that somehow ties us all together, and I don’t mean the six degrees of separation! What is it? How is it a child I know can tell you your aura colour the moment you walk into their presence? How and why do Reiki practitioners get hands that burn at ferocious temperatures?

I’ve had acupuncture twice. The first to treat neck injuries, which worked amazingly, the second to try to force me into labour, it didn’t work and I continued to be a whale for a week longer!

Supposedly, anyone can see their aura, whether it’s an illusion I’m not sure, but this short YouTube tells you how.

Let me know in the comments if you tried it and whether or not you saw anything. I did. My wife didn’t. Go figure. Maybe it is just a visual illusion.

What if we are all connected? Joined by an invisible thread, maybe soul mates really are true. I’d love to believe that. I have read somewhere that those souls that are fated to be together often follow each other into the next life, albeit as siblings. A strange thought, moderately incestuous! Given that the ancients often practiced incest in order to keep bloodlines pure I can see where the idea came from. Still, the thought of being with someone really, truly forever is a nice one.

This weekly wonder seems to have been more of a stream of consciousness and a trip down my memory lane than my usual fact-finding mission. But it was purposeful. I have a character in my novel that is sort of ethereal and magical and can read/tell ‘things’ but I am still defining what those ‘things’ are, hence the research.

I like the idea that characters that could sense, or feel, or see the colours that fill our auras. What if a character was afflicted with a sight that meant they could read lies from someone’s aura? Or what if they could solve crimes just by looking at a person? Or what if they knew when people were sick, or exactly what was wrong with them.