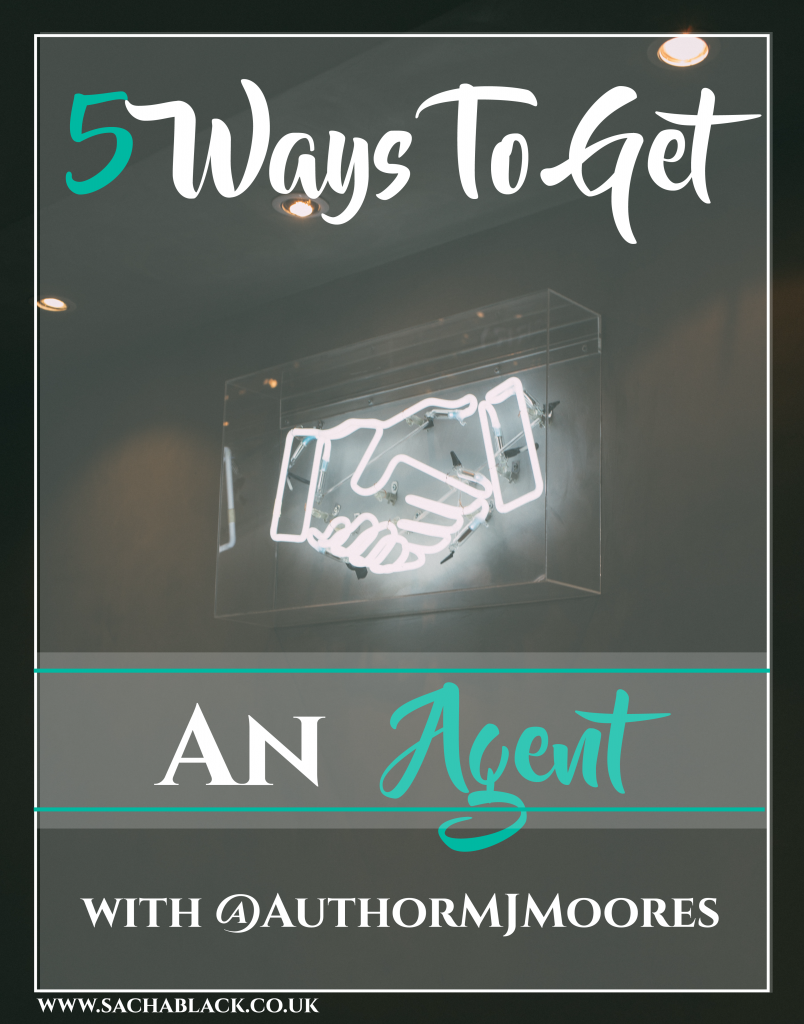 Getting an agent is hard, super hard. Made worse by the fact there is no right or wrong way to go about doing it.

I’ve known M.J. Moores for a number of years now, she participated in my first round of author interviews donkey’s years ago, you can find her interview here. But today, M.J. is back talking about the plethora of ways to hunt and get an agent. Enjoy her jam-packed guest post and check out her books here.

How many times have you heard/read “Agents are the gatekeepers to the publishing world”?

With the advent of self-publishing and the morphing of vanity presses into pseudo-legitimate assisted publishing helpers, one might argue that a modern writer could either DIY the process or submit directly to a smaller publisher’s slush pile (where the wait isn’t as long and you get the immediate gratification of a “Yes! Your book is amazing” or “Thanks but no thanks. We’ll call you” response usually within 4-6 weeks.

However, if, like me, you’re a glutton for punishment and will only feel validated as an author when one of the Big 5 Publishers offers you a contract…you’ll need to bite the dragon’s tail and hold on tight for a wild ride.

Let’s get a few of those pesky, nagging questions that keep you lying awake at night out of the way:

I haven’t gotten any manuscript requests yet. How do I know if my query letter/pitch is working?

You should workshop it, if you haven’t already. And, drop by Query Shark to see actual critiques of query works-in-progress. If you’re brave enough, you could even poke the dragon and see if she might be willing to critique yours (just be sure to follow the rules!).

I’ve gotten rejections from my top 12 agents. Should I give up?

First of all, if you haven’t amassed at least 50 rejections (enough to start a small bonfire on your desk), then you’ve still got some serious work to do.

Second of all, if you can avoid sending your first “polished” copy of your query letter to ALL of your favourite agencies, you won’t risk having to settle for someone else’s leftovers.

Third of all, there are thousands of agents out there currently accepting manuscript queries…you’ll make short work of finding another top 12 if you dig in and do some major research. In fact, make yourself a 3-column chart with these headings:

WOULD BE HAPPY WITH

Then find at least 10 agencies you could put in each column and send out queries to only 2 from each section as you navigate that first question and perfect your pitch.

God (Alah/Jehova/Yahwey/Elohim/–), is this the only bloody way to get an agent?

It’s just the most likely way. There are actually many different (and unconventional) ways that writers have found agents to represent them. It’s no joke. The book query process is more than just writing an amazing letter, finding an agent you think would be awesome to work with, and making first contact with the illusive species—there’s so much more you could be doing.

5 (other) Ways to Land an Agent

This is my second time going through the agent selection process (if only it were that optimistic!). The first time, I sent out 22 pleas disguised as traditional queries by researching agencies, specific agents, etc. My 23rd try was an off-the-cuff “why not” to a small press acquisitions editor I met via LinkedIn, and found to be quite personable. Unfortunately, that pairing didn’t work out and I went on to self-publish my debut sci-fi/fantasy series.

I’m now in the middle of the process of tracking down the right agent to dazzle with my new Urban Fantasy/Supernatural series—because I STILL want to be published by a large, traditional publishing house.

ONE – Network with agents at conferences/Attend Blue Pencil sessions

While it is highly unlikely that you will receive an offer for representation by an agent during one of these venues, don’t underestimate the value of longevity—the next time you reach out to that connection, they might just have a recommendation for you or feel inclined to introduce you to someone at the next event you both attend because you’ve taken the time to build a relationship.

Hone your elevator pitch into 140 characters (in 1-3 differently phrased ways or different projects) and participate in #pitmad—a twitter contest where agents pop by to check out this hashtag on a given day to see what’s out there. But don’t limit yourself, there’s also #pitdark, #pitchwars, #pitchmas, #teenpit, #adpit etc. And don’t be afraid to check out #amquerying to see what other query contests authors have found. NOTE: The next #pitmad is September 7th 2017 8am-8pm EST – check it out 😊

Go directly to the source and see what agents want right now by following #mswl—manuscript wish list is a twitter-verse of everything an active social media agent wants, and if you’ve got it then follow up with them ASAP.

The biggest platform making waves right now is Wattpad, and while it’s best results stem from YA fiction, it’s still a viable way to draw attention to your WIP. Agents have told me that they or their helpers make a mind to look at authors with 10K followings and 5 star projects…so never say never.

Both my regional writers’ (WCDR/YR) group and my national one (RWA) offer their members a chance, once a month, to submit a query via facebook or their website forum to a spotlighted agent currently looking for new clients. Not only do you stand to get constructive feedback on your posted query letter from said agent, but they also might ask you for a partial.

The point is, don’t slack off going only the traditional route when querying, but don’t let the dragon horde the treasure either. There are other ways of getting your manuscript noticed by an agent. If this is what you want, then go forth and slay those dragons!

M.J. Has a series out which you can check out here.
The Series Blurb:
What happens when 2000-year-old secrets threaten to destroy a nation? Would you trust a government known for silencing the innocent, or risk believing in a dissident and a half-breed looking to uncover an ancient truth?
The Chronicles of Xannia is a cross-over science fiction/fantasy series where Lara Croft meets Dune in an action-packed cli-fi adventure.

As of today, her third book Rebels Rein is available on all e-reading devices. 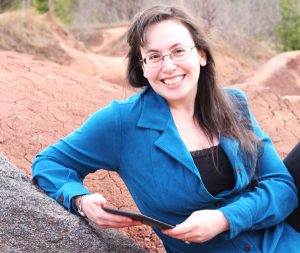 MJ Moores is a self-published author and an editor with three small publishing houses. She loves writing speculative fiction and can’t help but toss in and adventure with a slice romance along the way. The Chronicles of Xannia is MJ’s SFF cross-over series that also ties in cli-fi and a twist to Book 1 that will leave you breathless.

MJ is the President of the Writers’ Community of York Region (Ontario, Canada), and a member of the RWA/TRW. She has been published traditionally in non-fiction by Sunshine in a Jar Press, and Authors Publish Press, and has a piece of short fiction published in Unbound II: Changed Worlds, an anthology put out by Science Fiction and Fantasy Publications.