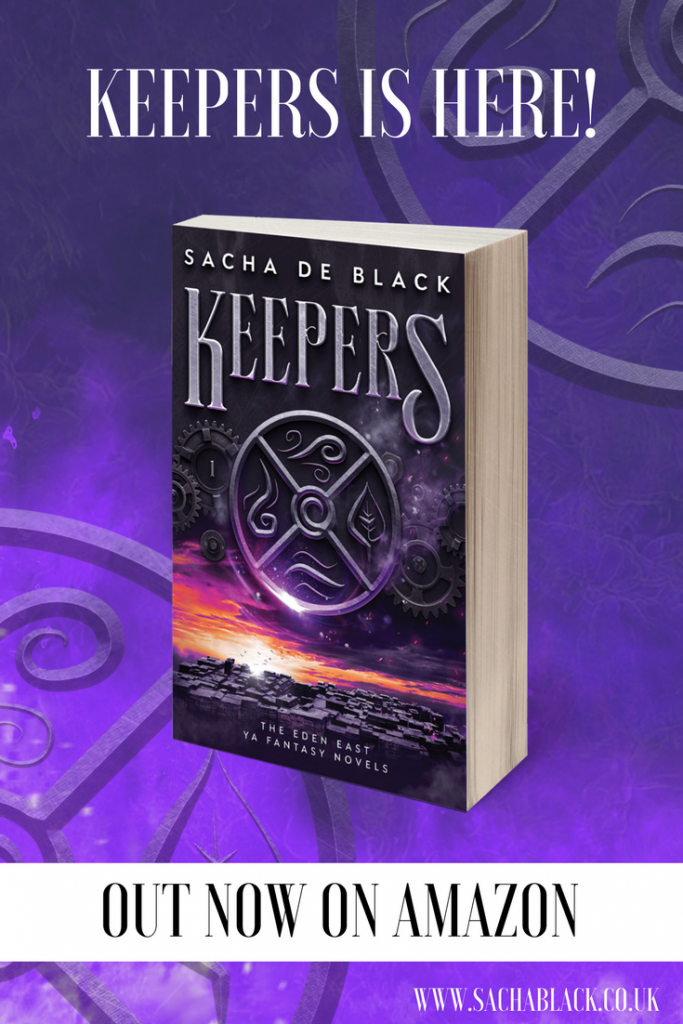 I’m not entirely sure what drives a person to undertake epic-length projects. But it must be some kind of carnal instinct because I don’t know who in their right mind willingly goes on the emotional mind-fudgery that is book publishing.

But people do. I did. And today, I published the result: Keepers.

Which means the dreams of a little nine-year-old girl who hid in a cupboard because she was bullied, come true. Twenty-one years ago, I had an idea, her name was Eden East and she controlled the elements.

You’d think most characters would get the message after a few years of their story not being written. But not Eden. A right stubborn whatsit she is. No idea where she gets that from…

Five years ago, almost to the day, I relented and decided over a glass (or five) of wine, that I would, in fact, do something about Eden’s nagging. It was getting annoying.

Three years ago, after plotting myself scared, I actually picked up the proverbial pen realizing no amount of plotting would put words on the page. Thus, I wrote the first draft… of utter shite.

Two years ago, I threw said shite in the bin and wrote another version – which I gave to beta readers.

One year ago, I got beta feedback and promptly threw that draft in the bin too because it was only mildly better than the shiter draft from a year ago. Then I re-wrote the story and finally… It gleamed like a sparkly magical fairy unicorn.

A couple of days ago, I pressed publish…

After 237,000 words of THREE different first drafts, after not hundreds but thousands of hours of editing, learning, reading and studying the craft of writing, FINALLY, Keepers is finished.There are no words to explain the overwhelming Molotov cocktail of emotions I feel. For a girl that frequently claims to be dead on the inside, today, I am anything but.

I’ve shared my journey, the lessons I’ve learned and the mess ups I’ve made with you on a number of occasions:

After the first draft

There’s a lot of things I could share about the craft, about mindset, or a plethora of other lessons. But there’s only one lesson I will share:

There is a finish line.

Nobody said it was easy to reach, but you can reach it. Even in the depths of despair, after realizing and accepting I had to rewrite the sodding book for the third time, I held on to the finish line. There are times when you think it will never end. When you absolutely cannot read your bloody book again. When you’re exhausted and seeing the inky black of midnight for the seventh time this week… Know that there is a finish line.

Know that the moment you hold that first copy really is like pixie dust.

You just have to keep typing, one key after the next, and one day, suddenly, your book will drop through the letterbox box, and it will all have been worth it.

Keepers is the first in my YA fantasy series: The Eden East Novels. 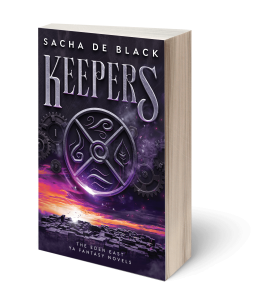 …until her soul is bound to her enemy.

When her parents are murdered, the realm of Trutinor is threatened. Then a mysterious human arrives and changes everything.

As Eden’s world spirals out of control, she doesn’t need a charismatic Siren from her past returning to complicate life.

Now, saving Trutinor is the last thing on Eden’s mind.

You can get the book from here. It will redirect you to your most frequently visited store.

If you’d like to hear more about the release of the sequels as well as get regular CogMail updates you can do so here.