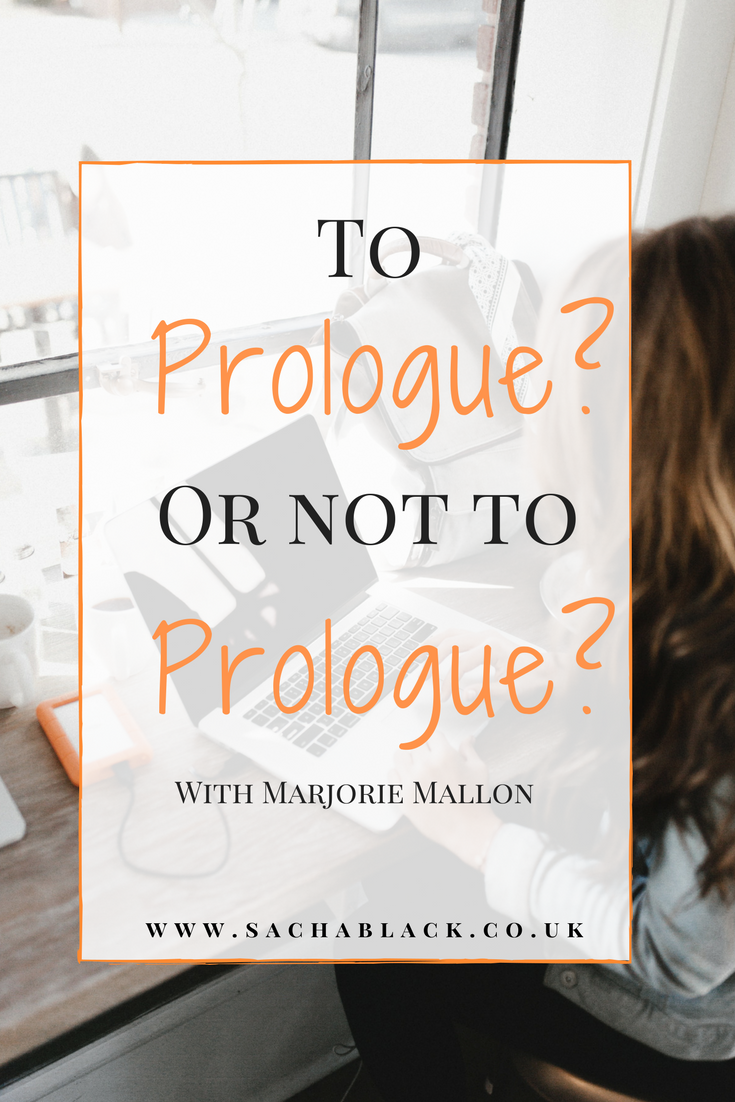 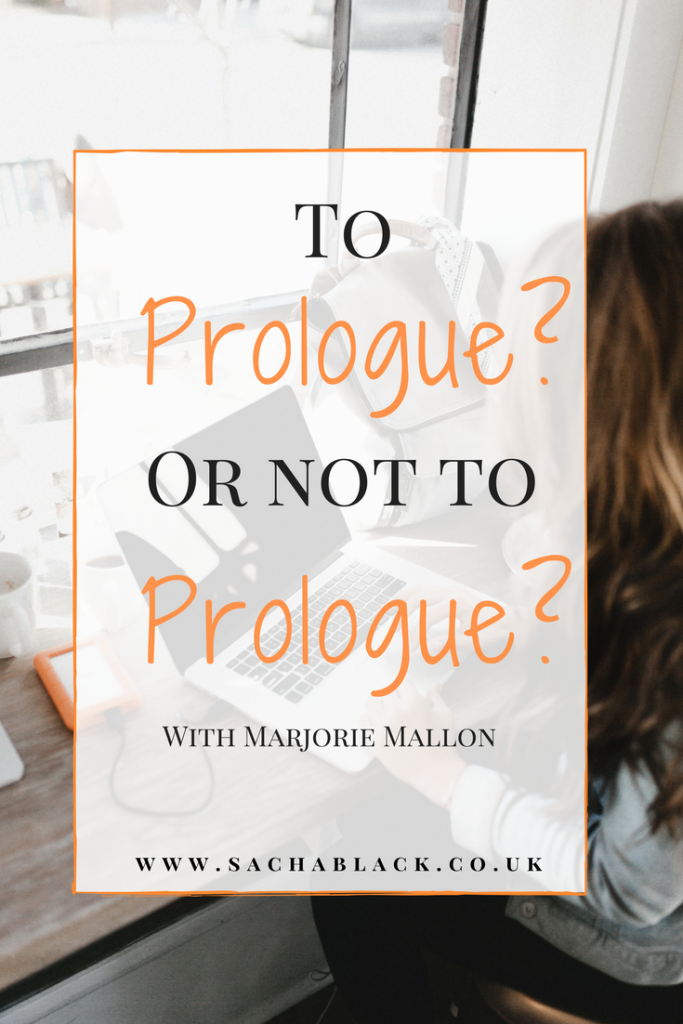 Today I have a wonderful guest on the blog, Marjorie Mallon. I met Marje at the very first ever Bloggers Bash – have you got your ticket yet? Marje has attended every single bash and I am absolutely thrilled to have her on today to discuss prologues to celebrate the launch of her first book and paperback.

You can purchase a copy of A Curse of Time:

To prologue or not to prologue that is the question…

There has been considerable debate whether writers should bother with prologues. Do readers read them? Or are they likely to skip merrily on to Chapter one? Should I have elected to begin my debut YA Novel, The Curse of Time Book 1 Bloodstone with a prologue?

Recently, I discovered an author I have not had the pleasure of reading before, New York Times Bestseller Jay Kristoff. I read his YA novel Nevernight and had one of those perfect reading experiences. His writing is effortless, exciting, sexy and intriguing. I could scream and shout to tell you how wonderful it is.

The aspect of his writing that made me utter a silent hurrah is his use of an opening warning, a Caveat Emptor, Epilogue, and final Dicta Ultima. Thank you Mr Kristoff, if opening Caveat Emptors and Epilogues are good enough for Jay Kristoff they are certainly good enough for me! In his case he’s sneaky; he doesn’t prologue. He hoodwinks his readers into believing that his ‘prologue’ is not a ‘prologue’ at all by using the Latin term Caveat Emptor which means ‘Latin for “Let the buyer beware,” and he follows his epilogue with a Dicta Ultima, that is so perfect it makes you want to weep. A Dicta Ultima is ‘a final pronouncement from an authoritative source.’ Jay Kristoff certainly has a dark sense of humour and I love that. He must have known that a bare-bones prologue would have put him in grave danger of being overlooked! So, instead he made his opening a spectacular warning! How clever.

Now, this leads me to further debate. Mr Kristoff probably likes prologues but prefers not to call these little, irksome devils by the term prologue. Shall I follow suite and call my prologue something else? A swear word. A Latin word. Perhaps unwise, it sounds a bit presumptuous copying Mr Kristoff!

In my experience prologues are heinous, difficult creatures, but loveable nevertheless. They are a huge challenge and writers embrace challenges like lovers. I struggled through several re-writes in book one until I found the right style and voice for my prologue. My initial attempts were awful; I wrote two versions to begin with, the first in the voice of the Creature of The Cottage. This didn’t feel quite right but helped me to understand the Creature’s character better. Writing is never wasted! Then, I tried a conversational style using my main protagonist, Amelina as the focus. After several re-writes it started to sound right. My intention was to lead the reader into the story using a conversational style and chapter one flows forward from this ‘atmospherically, creating a whimsical effect.’ I added a five line poem at the beginning of each chapter to add interest and intrigue. Of course, the epilogue was a challenge too but not so much as that darn prologue.

This masochistic desire to begin my narrative before chapter one continues…

Recently, I submitted a first draft of my prologue for book two to my critique group–Cambridge Writers and suffered quite a battering.

The advice ranged from–you should use three or four intriguing lines (five of which were highlighted on my draft,) to do you even need a prologue? I considered my options, I could stamp it to death, stab it to shreds, (whilst crying ‘maws teeth,’) an expression from Nevernight, or I could get a grip, consume a large glass of wine, and do a bit of research.

I drank the wine and did the research.

I agreed with my fellow authors at Cambridge Writers that the five lines highlighted were good first draft sentences to begin the punishing process of re-drafting.

Here they are, be gentle with me they are first draft babies:

What can I tell you?

Mum’s changed too. She’s all smiles.

I miss Esme so much. Where has my imprisoned sister, the mirror girl gone?

Shadow my cat has been doing this weird happy dance,

chasing his tail until his whiskers are all dizzy.

I can’t bear to leave these five lines or Shadow alone in sorrowful isolation. Ah, deliberation, deliberation. So, I picked up my copy of Jay Kristoff’s Nevernight and discovered that he began withthree amazing lines surrounded by lots of other lines that really grabbed my attention by the jugular:

‘People often shit themselves when they die.’–The first line. This really isn’t nice but gets to the point in so few words.

‘be advised now that the pages in your hands speak of a girl who was to murder as maestros are to music.’ – The warning!

How interesting. The first line is shocking and the final line taken in isolation could make the story so different. Between the first and the last line there are several paragraphs. It’s not a tiny prologue, but neither is it a long prologue.

So, I’ve made my point, beginning your novel before chapter one can work! Prologues, Caveat Emptors, Dicta Ultimas and Epilogues rock! Yay!

My writing luck is in; I have discovered an author that can write an amazing beginning and ending too. Writing is a craft, purposeful reading is compulsory to a debut author’s progression. I reckon with a little help from Jay Kristoff my prologue for book two will be magnificent! Who knows he might just read this…

In the meantime, until Mr Kristoff discovers me, his protégé, (a girl can dream!) I will struggle on, re-writing because MJ is no quitter! If you hear me cursing, it will be my alter ego MJ calling my humble prologue a name…

It won’t be polite or in Latin! 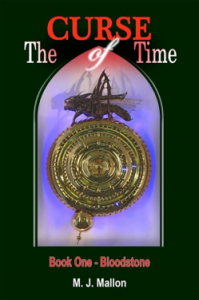 The Curse of Time – Book 1 – Bloodstone

Fifteen-year-old Amelina Scott lives in Cambridge with her dysfunctional family, a mysterious black cat, and an unusual girl who’s imprisoned within the mirrors located in her house. When an unexpected message arrives inviting her to visit the Crystal Cottage, she sets off on a forbidden pathway where she encounters Ryder, a charismatic, but perplexing stranger.

With the help of a magical paint set, and some crystal wizard stones she discovers the truth about a shocking curse that has destroyed her family’s happiness. 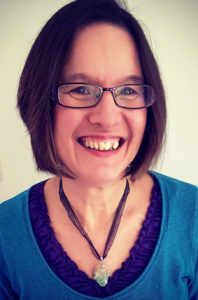 I am a debut author who has been blogging for three years at my lovely blog home Kyrosmagica .My interests include writing, photography, poetry, and alternative therapies. I write Fantasy YA, middle grade fiction and micro poetry – haiku and Tanka. I love to read and have written over 100 reviews here.

My alter ego is MJ – Mary Jane from Spiderman. I love superheroes! I was born on the 17th of November in Lion City: Singapore, (a passionate Scorpio, with the Chinese Zodiac sign a lucky rabbit,) second child and only daughter to my proud parents Paula and Ronald. I grew up in a mountainous court in the Peak District in Hong Kong with my elder brother Donald. My parents dragged me away from my exotic childhood and my much loved dog Topsy to the frozen wastelands of Scotland. In bonnie Edinburgh I mastered Scottish country dancing, and a whole new Och Aye lingo.

As a teenager I travelled to many far-flung destinations to visit my abacus wielding wayfarer dad. It’s rumoured that I now live in the Venice of Cambridge, with my six foot hunk of a Rock God husband, and my two enchanted daughters. After such an upbringing my author’s mind has taken total leave of its senses! When I’m not writing, I eat exotic delicacies while belly dancing, or surf to the far reaches of the moon. To chill out, I practise Tai Chi. If the mood takes me I snorkel with mermaids, or sign up for idyllic holidays with the Chinese Unicorn, whose magnificent voice sings like a thousand wind chimes.