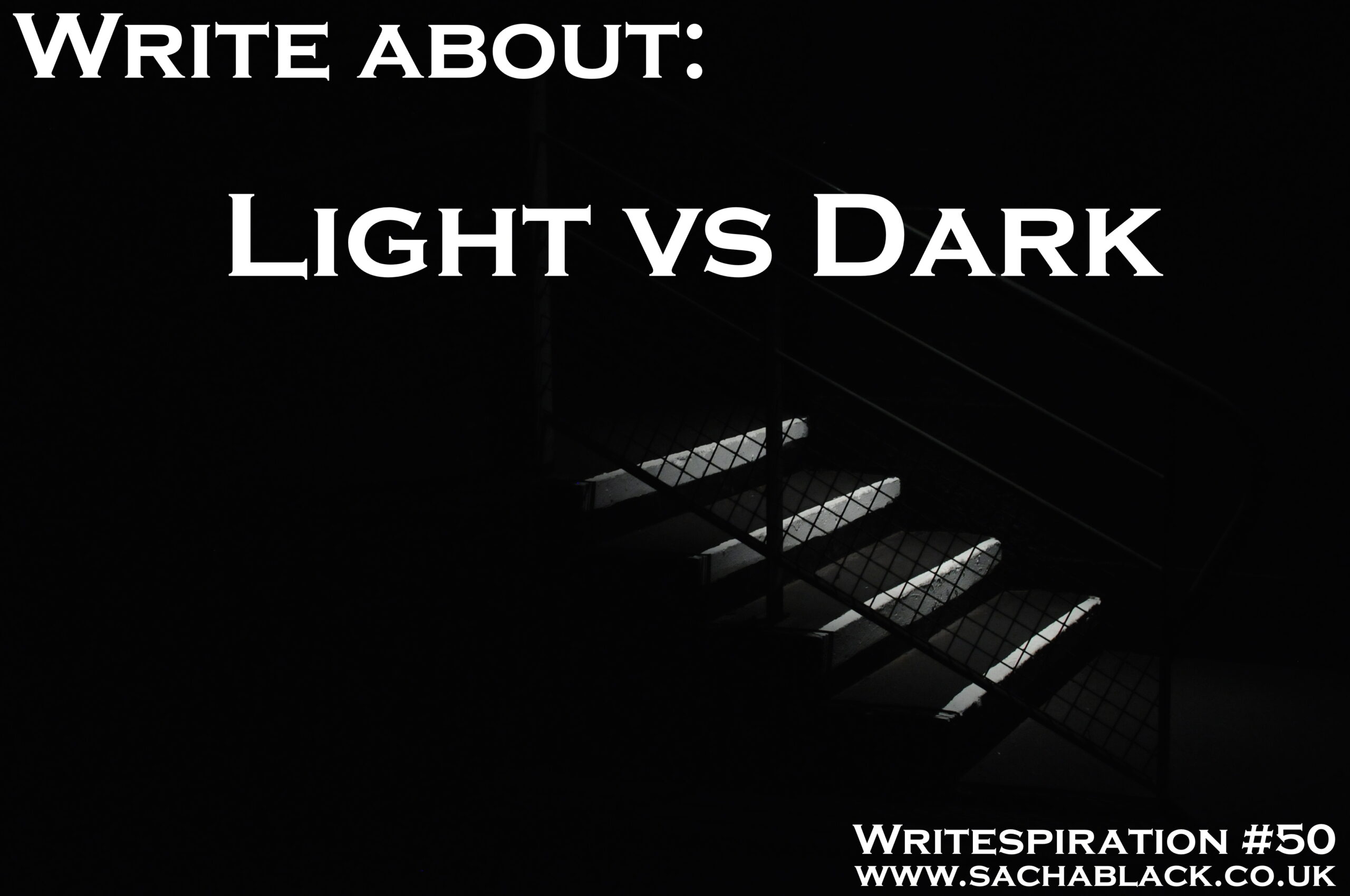 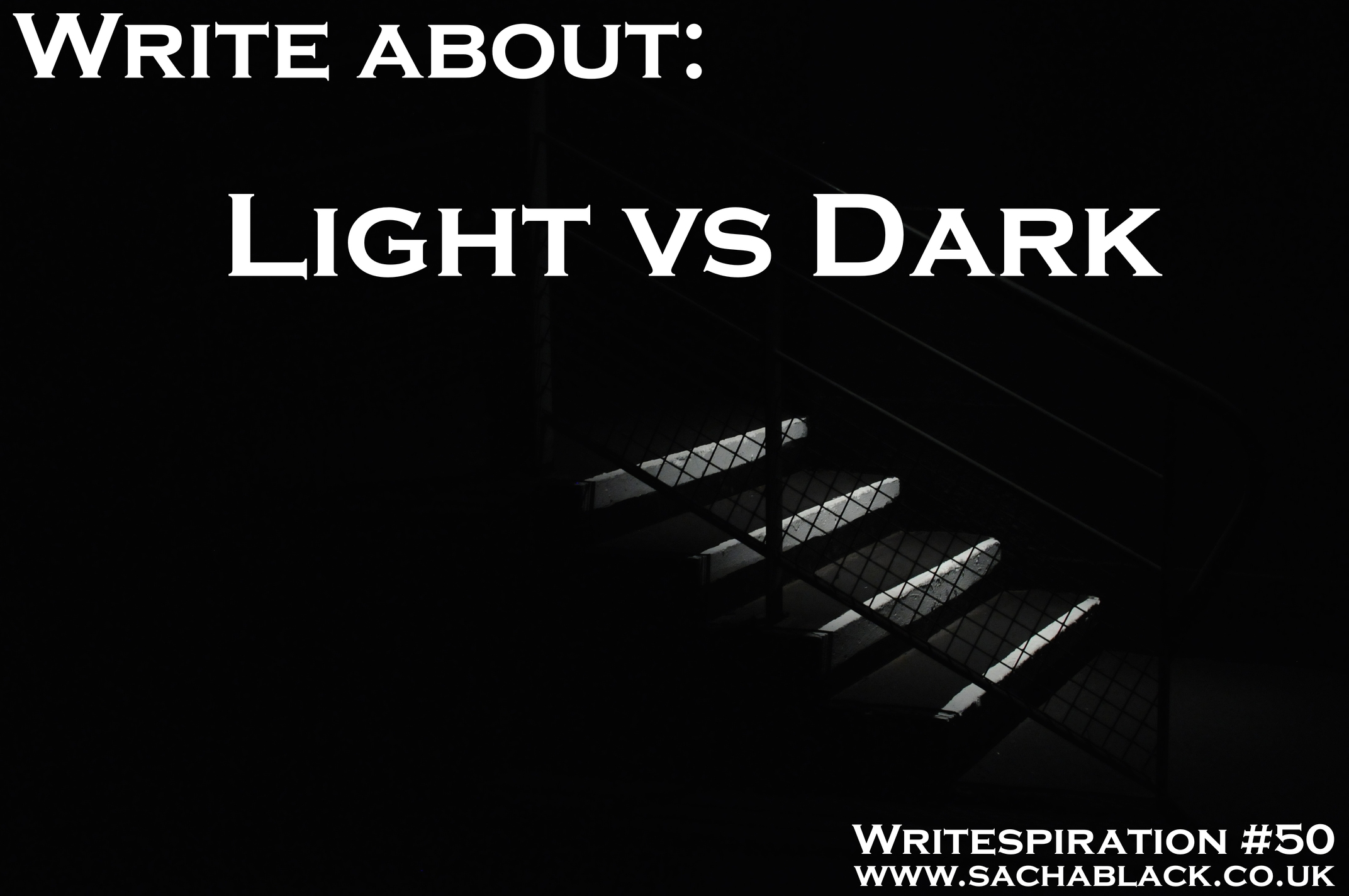 Can you believe we have reached 50 writespirations already? Before we get into this weeks inspiration, I wanted to take a moment to get all slushy and thank all those wonderful bloggers that have contributed to making these Writespirations so fantastic. The more you contribute the more humble and grateful I feel that you have taken the time to visit my little blog and share with me a moment of your time and some of your undeniably extraordinary talents. So from me to you, a big thank you.

This week, I have spent a lot of time self-reflecting and thinking about weirdness. There’s nothing odder than my mind! It’s written in my bio, I tread the line between light and dark, but this week I have come to realise that, that’s ok. I have spent a long time letting the light part and dark part fight, but I realise now I don’t need to.

I have some dark and twisty parts of my mind that can conjure strange, obscure stories, the kinds of twisted stories that make you shift in your seat, flash a glance across the room and feel a knot of discomfort in your stomach. I adore building worlds where things really do go bump in the night, where I can summon bizarre creatures from twisted nightmares. Although I’ve never tested it out part of me kind of likes the fact I know I could.

But then, there is also a part of me that is an eternal optimist. A hoper, a dreamer. A teen at heart filled with the thrill of young love and electrified by the butterflies only that one special person can give. I’m a believer. Good will always win. I trust that the hero will find a way, right will triumph wrong, because they have to.

Why am I telling you this self indulgent bullshit? Because I had a realisation this week. My weird is ok. Light and dark don’t have to fight anymore, they’re not that different anyway. They balance each other out, compliment each other even. Light is to dark as yin is to yang. There is a place where you draw close to the line between light and dark where dusk and twilight can thrive. Where life is balanced and a new kind of harmony is allowed.

This week’s writespiration is about light vs dark, maybe it’s about the balance, maybe its a place between light and dark, maybe its something inside of you or a character, or maybe its just the changing of the day. Write a few words or sentences, maybe a poem, or sonnet. Pop it in the comments below and I will publish it with next weeks writespiration.

I’d thought it would be noisy, but it was silent like the muted vacuum of predawn night. I willed my heavily booted feet to tiptoe quietly down the safety line hoping I wouldn’t disturb the balance and rouse the creatures on either side. To my surprise my feet danced like prima ballerinas. I took another step, a slither of confidence  slipping over the unease settling in my stomach. I knew how to do this, I’d been highly trained. I edged further in, wrapping another loop of the safety rope around my wrist, just in case. I’d heard the horror stories from those holding the other end, the moment it went slack because the hunter had stepped off the line. I remained grateful it hadn’t dislodged – this was the most precarious walk I would ever do. As trained as I was, only the elite were allowed to guard the boundary between these two worlds; light and dark were dangerous.

The edges of the world of light were luminous and raged like angry fire. Bright tentacle like beams shot out at the darkness determined to fend off the creatures that lived in the void.

“Just stay focused, Trinity, and whatever you do, ignore the whispers.” That was the last thing my Sergeant said to me. The silence was so thick now I had to wade through the sludge of the worlds mixing together. Even the sound of my breath was swallowed by the muffled silence. I took another step along the boundary and realised Sarge’s words had left an imprint on me. They felt heavy. Real. If I didn’t stay alert, there would be consequences. The air cooled to a painful chill, harsh whips of mist slicing across each other. I gulped down the hard knot sitting at the top of my throat. The whispers were here.

Screeches pierced the quieted stillness. Shrill voices scratched at my arms and tugged at my legs. Cold, sharp, voices tore into the corners of my mind, again and again. They were tormenting me.

“Trinity, Trinity,” they sang. Their melody cut into my defences. I’d thought the darkness would be terrifying because it hummed the sound of nightmares. It was meant to torture you with your worst fears. That’s what I’d been trained to cope with, fear. To be fearless. But this darkness wasn’t  throwing nightmares at me. This was much worst.

The whispers were serenading me. Tempting me with my deepest desires. Promising me the world, a life of fulfilled dreams and eternal hope. All I had to do was let go of the rope and step off the border into the darkness…

Now to last weeks writespiration, the ever hilarious Geoff, produced this stonker of a poem: