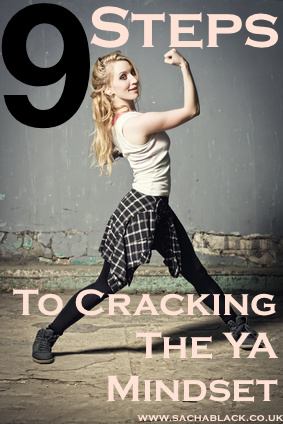 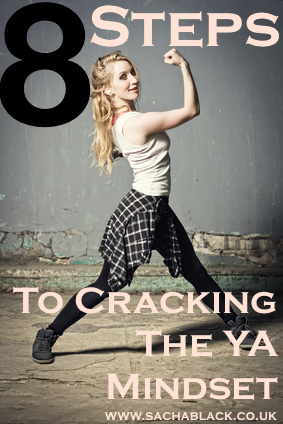 Young Adult fiction is wildly popular. I write it, and I know several dozen other writers that do too. It’s becoming the front runner for the biggest share of sales across the whole book/ebook market. So what makes it so popular? And how does one write the YA genre well enough to get a share in the market?

You have to be in their mindset. The YA mindset. See, I have this theory that people stop ageing. I mean, yeah, sure, chronologically we ‘grow’ old. But how many people do you know in their 60’s, 70’s or 80’s who actually act like it? My guess is not many. It’s because people stop ageing. We get to a certain level of maturity or chronological age and then poof. Things stop developing, we think as we did at that age, we just add more experience to help reason our decision making. So what does this mean for writing effective YA stories?

Well, here’s the science. 95% of our brains are fully formed by the time we are 6 years old. Most of the last 5% develops in a spurt around adolescence. What does that mean?  YA brains are basically adult brains. They possess the same intellectual abilities, reasoning and capacity as that of fully fledged adults. The only difference is experience. I stopped ageing at 16. My wife, at 21. My mum at 19. When did you stop ageing?

I think the fact I stopped at 16 gives me a small advantage writing for the YA genre, because I can slip back to thinking as I did back then. I have an addition to my theory… and I say this tentatively because I don’t want to offend anyone or make anyone think I’m ageist… I’m not. But, I think baby boomers and older generations stopped ageing slightly older than the X, Y and current Z generations. This is for various reasons. But all societally driven.

X, but specifically Y and Z generations typically grow up faster, are exposed to more at a younger age and more frequently than previous generations. Just look at cinema ratings, there are 15 rated films that terrify me. They are immune to traditional marketing ploys too – because they have seen it, got the t-shirt and bought the gadget last season. They don’t get a chance to age further than their teens.

I think this is the reason the YA market is becoming so massive is because you have an entire generation of teens (Y) who stopped growing and are now adults who brought their YA fiction love with them. And now you have another generation Z who are doing the same. Finally, the older X generation are in my opinion a hybrid of Y and boomers. But what does this all mean? And how does this help write YA fiction?

Here’s a breakdown of what I’ve learnt so far.

YA stands for Young Adult. The world adult is in there for a reason. Science says they already have adult brains, so as writers we need to respect the fact they are actually adults. This means no simplification, no patronisation and absolutely no holding back.

They are adults BUT, without experience. Just because they have adult brains doesn’t mean they have had adult experiences and in fact, a lot of these ‘first’ experiences are the subject matter for YA books.

Sex. Sex is generally the deal breaker between classifying your book as YA or NA (New Adult). But, most 16 year olds have had sex. Actually, lets be honest, most 15 year olds have, and if they haven’t had it, have had their hands down pants and in bras. A lot of writers are shying away from writing first fumbles and awful cherry popping sex because it makes them uncomfortable.

Stop that. Seriously. Stop it. Young adults shag just as much as we adults do. Get over it, and write about the tingles that rushed down her back as his hands slipped up her top and unhooked her bra. How she moaned and then caught her breath as his hand ran over her breast…. see is it really that hard? You don’t need to be crass, this isn’t erotica.

Remember point two – they have no experience. Sex and any associated fumbles are their first… you have to write it with the innocence of a first time… can you remember your first time? The anxiety, anticipation and then exhilaration? Capture that.

I am going to have a rant now. I have read a series of cliche bashing posts in the last week, thats what prompted this one. Stop bashing cliches. YA literature is full of them sure – your handsome love interest, a love triangle, a ‘saviour/ only possible hero,’ etc etc. You know what, there are hundreds of super famous YA authors who use cliches in their YA fiction. IT WORKS. Look at Divergent, Uglies, Hunger Games… all using the same formula. Sure – do something unique or you won’t sell a book and you wont have a hook, but don’t dismiss a cliche just because its been done. They are popular for a reason. People like them.

And the reason they work? Because this isn’t real life. It’s fiction for a reason people, and fiction that’s often (ok selfishly) fantasy. It’s a chance for YA’s to play through all those first experiences in a safe environment – they read about them, understand the mistakes characters make so they don’t have to. If I wanted to read literary fiction, and a masterpiece in societal philosophy I’d pick up that yawn fest. But that’s not why I read YA. I read it to escape. To live the dream, and to witness the struggles you have to go through to get to happily ever after. Because, god isn’t that so sweet? That conflict and hardship that ends in true love and heroes conquering evil. That shit doesn’t happen in real life. I want to read it in a story.

Give me hope damnit.

Emotions. Young Adults in the early years go through puberty, in the later stages they experience new things for the first time. Both these phases of life are extremely emotive, without the added stress of dealing with hyperactive hormones. I mean PMT is bad enough, let alone the raging hormones of puberty.

First experiences are scary, especially because you don’t have any knowledge  to predict outcomes or what the consequences of your actions might be. When was the last time you did something for the first time? Maybe you should try something new – remind yourself how it feels.

It’s a fact we live in a fast paced world. But younger generations are faster than any that have come before. They can have everything on demand  Yesterday. Accessibility to technology, information, education, fashion, sex, money and experiences is easier and simpler than ever before. If they make a mistake they can press backspace and delete it. YA’s are hungry. Hungry because they have everything and they can get more. Give it to them. Because secretly we all want it too.