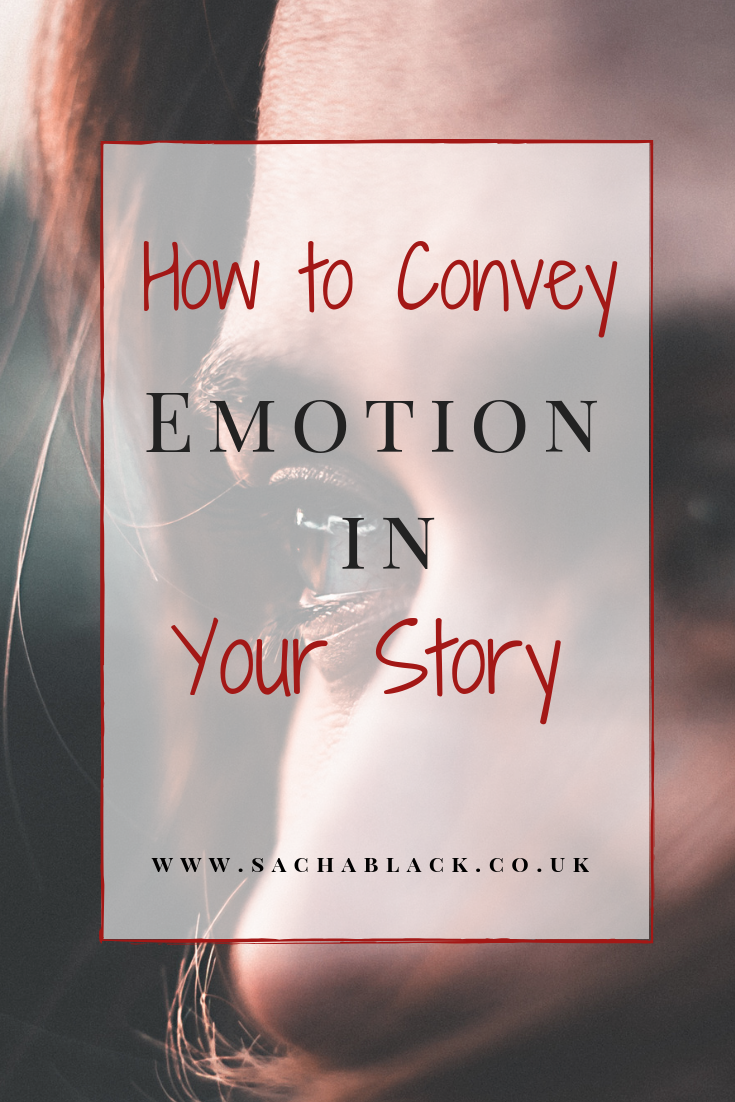 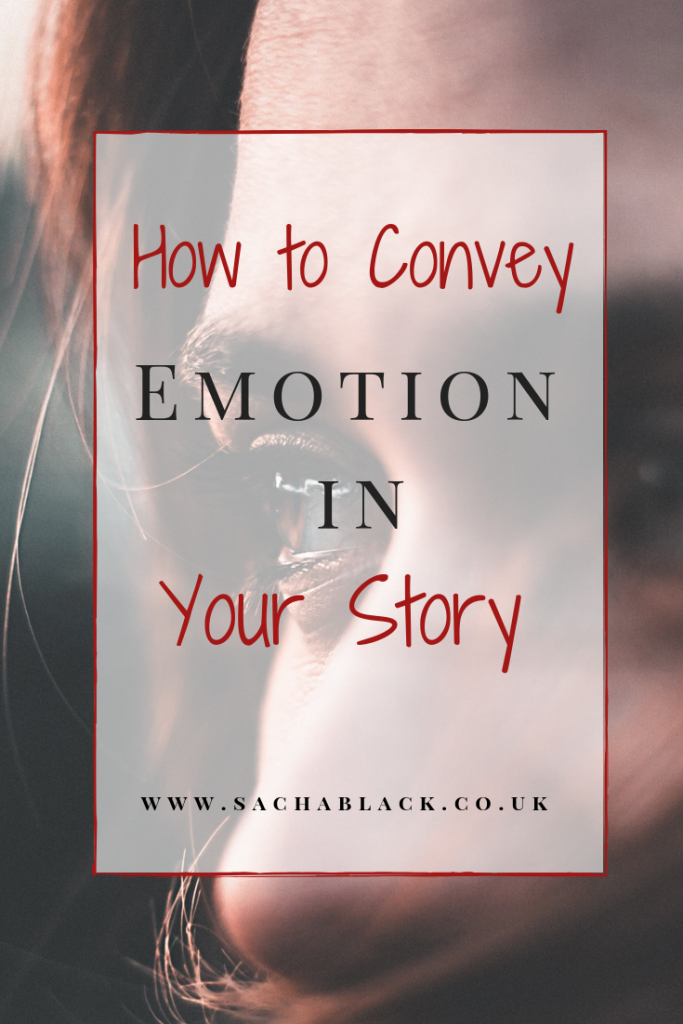 This blog post is about three and a half months overdue. Sigh. Bad Sacha. Actually no, obscenely busy Sacha. But that’s no excuse.

Today, I’m , no, raving about a particular writing craft book that I’ve adored for the entirety of my writing career. I love it so much I’ve decided to run a giveaway for it. Read on to find out how you could win a digital copy of:

The Emotion Thesaurus by Angela Ackerman and Becca Puglisi.

Why am I raving about this book again? Because they released a second (bumper) edition earlier this year; it’s back and it’s bigger and better than ever. You can see my rave review (and subsequent slew of epiphanies) from their emotional wounds book here.

Grab yourselves a copy of the second expanded edition of The Emotion Thesaurus here:

Why do I love this book so much? For one, stories are about change. That change is embodied in the characters you write about and the way you convey the change is through the emotional journey your characters go on.

Writing emotions badly is easy. You just state the emotion thereby ‘telling’ the reader what the character feels. Conveying those emotions well is a whole other kettle of fish; the art lies in not actually telling the reader anything at all.

This book taught me how to write emotions well. It showed me how to ‘show’ the reader what the character is feeling rather than telling your audience. The Emotion Thesaurus has instructional content at the start of the book as well as 130 different emotions. Their instructional content goes into detail teaching you the key ways you can show emotion: dialogue, vocal cues, body language, thoughts and visceral reactions, as well as a plethora of other lessons.

In each emotion’s section they go into significant detail teaching you the:

“Writing is such a nuanced beast. No two voices are the same which is why it’s so rare to find a writing craft book that is universally useful. But that is exactly what The Emotion Thesaurus is. An exceptional writing craft reference and textbook that defies genres and niches and drives right to the core of what a writer needs: emotional characters their readers can connect to. I’ve loved The Emotion Thesaurus since its first incarnation. But the second edition is bigger and better than ever before. Whether you’re a new writer or seasoned pro, this book serves as a tutor for hooking into a reader’s feelings and sucker punching the heart-wrench of a delicious plot. If you want to learn how to ‘show’ emotions, create depth to your characters and make your readers weep, you need this book.”

Of course I don’t want to tell you all of the juicy delightful things I’ve learned. But here are some quick fire tips I’ve learned:

Along with number two, understanding that emotion is best served with action is key to portraying realistic emotions. It’s like Apple Pie without Ice Cream *and if any of you try and tell me it should be with custard, don’t. I’ll slay you in your sleep. Heathen.*

Emotion is tangible. Think about when you’re angry, it’s almost weighty. It’s all fiery and tingly. When you’re angry, you tend to react in one of two ways, red hot anger is full of movement, throwing you’re weight around and stomping or slamming doors (both actions). White hot angry is one step higher, it’s seething and burns like the sun. This anger is devoid of movement; it’s so violent it’s still. Stillness is an action as much as movement is. 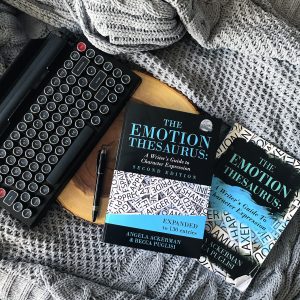 Show, don’t tell. While there’s a time and place for telling, for the most part, avoid it where possible. What is telling? Telling is naming the emotion your character feels for example:

Sarah was angry that Paul had booked dinner with their neighbours, she’d explicitly told him she didn’t want to go.

To show the emotion, remove the named word and insert an action to ‘show’ the reader what Sarah does when she’s angry. For example:

Sarah’s lips pressed into a thin line, the back of her neck tingled with hot prickles. She’d made a point of reminding Paul three times not to book dinner with the neighbours. Silence fell over them. Paul swallowed hard, as if the silence had lodged in his throat. Sarah left without saying a word. The only noise was the smash of a china rabbit falling off the fireplace and the slam of the door behind her.

Here the emotion is implicit. We (both writers and readers) know what the sensation of anger feels like. So we don’t need to be told a character is angry. The action of pressing lips into thin lines combined with hot prickles is something we can all recognise and associate with anger. Likewise, I doubt there’s a person reading this who can’t confess to the occasional door-tickling slam.

Writers are – and rightly so ­– obsessive over words. But here’s the thing, sometimes less is more. And by that, I don’t mean literally slotting an occasional blank page into your novel because all that will do is earn you some stiff emails and a trickle of lonely starred reviews. What I do mean is that silence is golden.

Not all emotions need to be explosively obvious. Sometimes the lack of a character commenting or speaking shows the reader more than door slams and shouty outbursts.

It also means the reader has to keep reading because the argument is unresolved. Using this sort of tactic at the end of a chapter is especially devilish because your poor reader has no choice but to read on if they want to know what happens.

Okay, that’s it from me. If you want to learn more about crafting authentic emotions GO.BUY.THE.DAMN.BOOK.

Those links one more time:

If you want awesome writing tips, you can grab a copy of my book 13 Steps To Evil – How to Craft Superbad Villains. Click this link and tap the logo of your reading device or regular bookshop and it will take you to the right page. You can also get a FREE villains cheatsheet by joining my mailing list just click here.