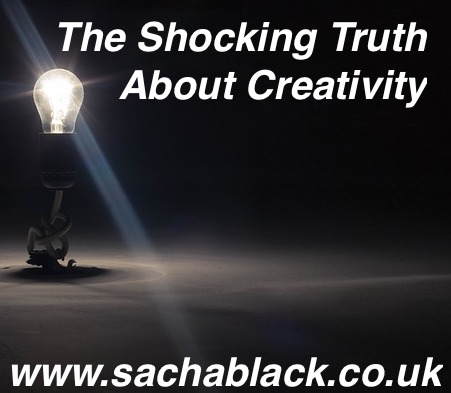 What is it that makes us creative? I mean other than the obvious grey matter, neurological synapse firing and conscious and subconscious minds?

What is it really? Where does it come from, and why does it leave us sometimes?

Elizabeth Gilbert (author of Eat.Pray.Love) has done an amazing TED talk, it’s in the top 10 list of must watch talks for writers and it’s even in the list of top 20 most popular TED talks ever. If you haven’t watched one before you really should, but particularly Elizabeth Gilbert’s. It would also help if you watch it before reading this post, although its not essential, I’ve tried to highlight the key bits.

She has done a lot of research into historical concepts of creativity muses, inspiration and genius. She talks particularly about the Greeks and Romans who labelled creativity and muses as ‘Daemons and ‘geniuses’. The fundamental point of this talk is that the Romans described this ‘genius’ was as a disembodied thing.

Rather than being a genius you either ‘have’ genius or you don’t. The ancients took responsibility away from us mere apes. A positive because when we are suffering writers block it is not our fault, our ‘genius’ has literally and physically disappeared. What I find particularly fascinating is the notion that we as humans and writers don’t/can’t or shouldn’t be a genius ourselves. Meaning we can’t be our own muse – we only have those moments of genius inspiration when our ‘genius’ is physically with us. Gilbert goes on to explain that putting the ‘font of all creativity’ on a tiny human brain is a huge responsibility and that as lowly humans this pressure is what causes so much depression in creative people. – I can see her point. What creative person hasn’t suffered at the hands of depression, or block?

During the talks Gilbert mentions one particular poet who sees poems flying at her from the horizon barrelling towards her like a pipe of air and they literally pass through her body. If she can’t reach a pen and paper quick enough the poems disappear unless she can literally grab its tale and pull it back into her body. At which point the poem would come out word perfect but backwards.

This is all lovely, but that means I can never be a genius, but then I suppose I am also not responsible for my failure either. Does this mean only the lucky few who have the genius can ever write well and be successful? Maybe that’s why we have just a few best sellers and so many that aren’t

The thing is I’m not sure I like the idea of this. In fact, I really don’t like it. It’s too bitter a pill to swallow. I refuse to accept it. I’m not a control freak but the idea that my own failure isn’t my own but equally my success isn’t my own either just the consequence of being lucky and having a genius is not one I appreciate. Is that not more damaging to our psyches then a bout of writers block?

I want to know that my struggles, my failures and therefore any successes are the result of my own hard work, not because a muse was ‘with’ me. Don’t the struggles and failures make any success that bit sweeter?

My questions to you:

For me, I am nothing like the poet. I can’t see or watch inspiration or my genius coming. Ideas don’t usually brew consciously in my mind. They just ‘pop’ out of nowhere. I liken my experience to the light bulb flash. Ideas appear, both suddenly and surprisingly. Don’t get me wrong, not always.

I can think about an idea, work on it, smush it about a bit, pull it apart and rebuild. I can trawl through pinterest shaping, looking, staring at images and words. I can bash out an idea in a conversation with a friend, or by doodling. I can grow things in my mind just like the rest of you.

When this happens my ideas appear either completely formed or 80% formed and the other 20% is right around the corner.

It’s hard to explain my light bulb moment physically, but normally it’s in the car, or somewhere in appropriate when I definitely don’t have access to a pen (so frustrating). When it happens, its like an actualy pop, in my mind, something squeezed inbetween a few grey cells ‘POP’ there is it. My eyes always bug out of my face and a sense of electric excitement and anxiety take over my brain. Excitement of having an amazing idea, and anxiety that I might lose it if I cant get it down on time – that bit I suppose is like the poet. I definitely get flustered and mildly panicked if I cant write down whatever is it that has appeared.

So I will ask you again:

And one more question for good luck:

What do you think about the concept of Gilberts ‘genius’?