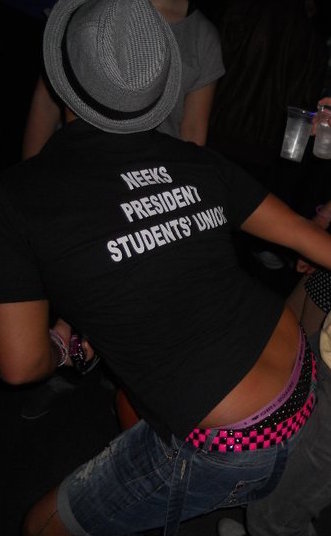 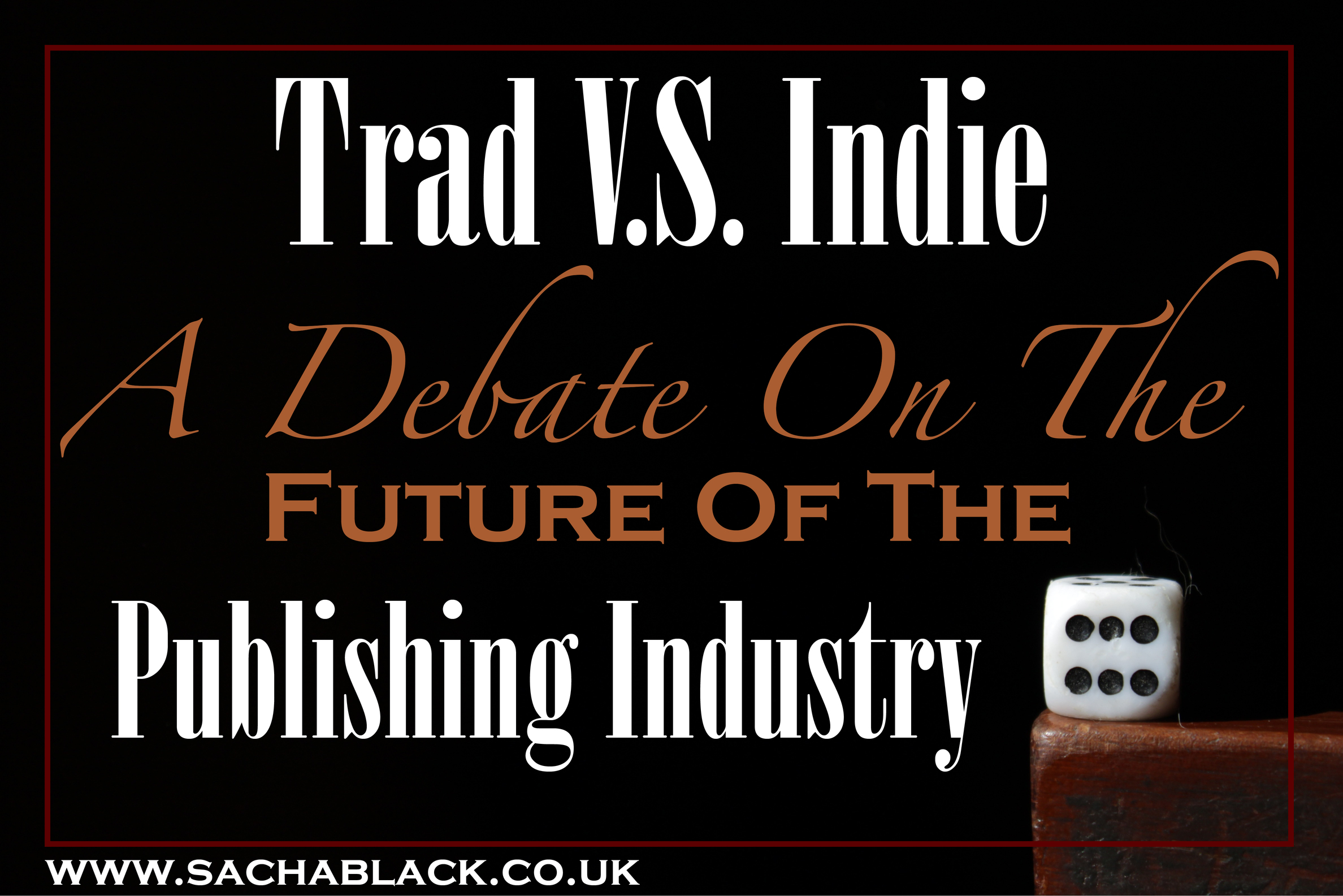 So I did it. I tweaked my final comma, dotted my final I and after writing an email that gave me hives, I pressed send and off went my bookbaby to five  awesome beta readers.

I sat for a while. Motionless. Except for the rapid blink of my eyelids at the completely blank screen. There were no more words needed. What in the fucksticks was I meant to do now? Then the realisation slowly crept in… I HAD NO BOOK. IT WAS GONE. LIKE REALLY GONE. The book that had consumed me for nearly two years, was no more. Holy mother of almighty fuck.

Wana know what happened next…?

I freaked the fudgebuggins out, thats what. It took exactly 4.3 milliseconds before I combusted in a violent meltdown. I really regretted sending it. HOW COULD I SEND IT OUT TO REAL PEOPLE…Obviously its a pile of shite. A fact of which, even the halo holding hand of god couldn’t dissuade me of.

And to my utter fucking horror, I realised there is no ‘unsend’ button. What self serving artificially intelligent email company DOESN’T HAVE A RECALL BUTTON???

FUCK. Like fucking fuck. With six side orders of FUCK MY ACTUAL FUCKING LIFE.

I spent the next 12 hours listing eleventy hundred things that were wrong with my novel. The list included everything. EVERYTHING. Not just main characters, arcs and endings. Oh no. I attacked the detail too, no comma, speech mark or paragraph spacing was left unscathed.

I made the mistake of voicing these concerns to some wonderful friends who told me to pull my shit together before they sent a BitchSlapOGram to my front door. I listened. Just. And only after several more hours of wallowing in a seriously impressive vat of self loathing and book related hatred.

With continued interruption to the schedule, today, I want to debate. I want to know what you think about the future of publishing. Of course, I have brought together some interesting facts and articles and some points of note. So I hope you bought your most opinionated self cause I’m interested in what you got to say. Without further ado…

Let’s talk the future of publishing.

Technological advancements have heralded the era of indies. The ease and speed at which one can click happy their way into the rain forest of books is frankly startling. Gone are the days of tortoise publishing, where it takes a gajillion years from inking THE END to seeing it on the shelf because of overly agented bureaucracy and publishing paperwork.

Gone too are the wondrous years of 2011, when you could click upload and get instant visibility, sales and a shit ton of mulaaaaa in the bank from Amazon.

It’s no longer good enough to just write books. Not if you want to actually sell any. You need to treat writing like a business.

Now you have to be a CEO, a marketer, a social media expert, copywriter, and if there’s any time left in your day, then maybe, just fucking maybe you can be a writer. Much as it pains me to say it, you can’t afford to wallow in your creative writing love nest with your fave characters anymore. You need tactics, strategies and big picture thinking to ensure you keep selling books.

Don’t get me wrong, I’m not complaining. Actually, the prospect of being a CEO of my own mini writing business quite excites me.

But… I’ve been fortunate enough to be exposed to some exceptional leaders during my short career, and because of that, I have an inkling about what it takes to be successful and its horrifying.

After I finished my Masters degree, I was elected as President of the students union, which led to me spending a lot of time with the Vice Chancellor (The uni’s headmaster) and he taught me an extremely important lesson. While people might not change, the world does, and fast. Industries, sectors and technology develop so fast, that if you aren’t on top of your game, you will get left behind.

Good CEOs keep up with the times, exceptional ones are ahead of it. They predict the future. No. They create it. They forge ahead as front runners. They know where the industry will be in five, ten, twenty years time because they are the ones taking us there.

I heard today that Google has a fifty year strategy – mind boggling isn’t it? But that’s what global monopolies can do.

Sure, no ones expecting us wee writers to be Vincent van Goghing industry changing masterpieces. But sitting up and taking note of what’s happening in our world is kind of important.

In 2011 there were less than a million ebooks. Today there are over 4million and EVERY DAY another 3500 are added. If you want to be seen, you better make damn sure you know all the latest marketing techniques. Putting your book in the rainforest and hoping it gets seen is going to lead you to an Amazon ranking with more digits than Pi.

Here’s where the debate really starts… In Feb 2016, the Author Earnings Report showed that:

“The Big 5 now account for less than a quarter of ebook purchases on Amazon, while indies are closing in on 45%.”

That’s right. You heard correctly. Traditional publishing is dying. Everyone knows about Barnes & Nobles struggles. But it’s not just them. The ebook market is destroying traditional publishing, and not in a friendly, it’s not about the winning kind of way. In a… I’m going to fuck you up, then fuck your family up and then I’ll start on every other bitch you know, kind of way. It’s cattier than the queen bees playground.

Publishers are dying because they aren’t evolving. Instead of creating the future of books, they are stuck with a big fat D + for effort and forging on with what they know best; acquisitions and mergers. Someone seriously needs to have a word, before we end up in some dystopian mind fuck for a society, where no one can write with a pen and there’s no such thing as paperbacks. Except of course, in museums. Oh and Facebook is always listening. Seriously though. You actually need to turn your microphone off in your settings.

Last year, there were rumours, spread by corporate publishing conglomerates that paperbacks were making a resurgence and ebook sales were falling.

Umm. no. Sorry darling big 5, but the only reason paperbacks made a come back was because of the adult colouring book craze last year and that fad is well and truly over. As for ebook sales, they only looked like they dropped, because indies are taking over the market, and indies don’t need ISBNs. If you don’t have an ISBN your book sales don’t count in their calculations. et voila, the appearance of lower ebook sales.

But what next? Where in the shit is the future of book sales going? If five years ago ebooks were barely a thing, imagine where we will be at the next Olympics.

Amazon just pumped 5 BILLION into the Indian market. Five fucking billion! Can you imagine writing that cheque? My point is, it means something. It means the Indian market is thriving. It’s growing and Amazon wants a piece of that juicey pie.

And what of Kindles? Did you know that Kindle device sales are slowing? Why? Because no one reads on a kindle anymore, everyone reads books on their phones. (Yes, I know I am making sweeping statements, but you know I’m right). I forget where I read the article about the percentage of people who read entirely on their phone, but it was frighteningly high.

I do it. I read 100% of fiction on my phone and the only actual books I buy are non-fiction or a fictional story I loved.

And then there’s the phone penetration statistics. We’re set to reach 5 billion mobile phone users by 2019, that’s 70% of the worlds population. Is anyone else terrified by that statistic? Trust me when I tell you, big brother is watching, and if you’re an author, your website had better be mobile friendly.

The third world is coming after us, technology will not leave a single stone unturned, you watch, Jeff Bezos will be chucking his loose change into Africa next. It might take five or ten years, but I’m telling you, it’s the only unchartered market left. And there’s already signs of it on the horizon – blue chip firms with their corporate social responsibility are pumping kindle devices into third world countries pre-loaded with books. And so they bloody should, everyone deserves stories.

Then there’s the quiet friend, the elephant casually chilling in the corner with Dr. Dre Beats on. Audiobooks. They’re coming for us. I’m telling you. We humans are fickle, lazy, impatient beasts. Why read when you can listen and do five hundred other things at the same time? No ones fucking present any more. We’re too busy stalking the miserable lives of people we haven’t seen in two decades on Facebook, or slathering over the next SnapChat we receive.

It ain’t a coincidence that Amazon announced just last week that Prime customers get yet another freebie – audible membership thrown in for frizzle.

Times are changing. I for one, have no intention of writing one book and watching it drown in a sea of invisibility. Fuck that. I want to be writing full time and selling books when I am 90 and need the font size at one billion. But the only way to survive in this business is to adapt, and to adapt you need to see the future.

So tell me, writerly wizards, where do you think the publishing industry is going?