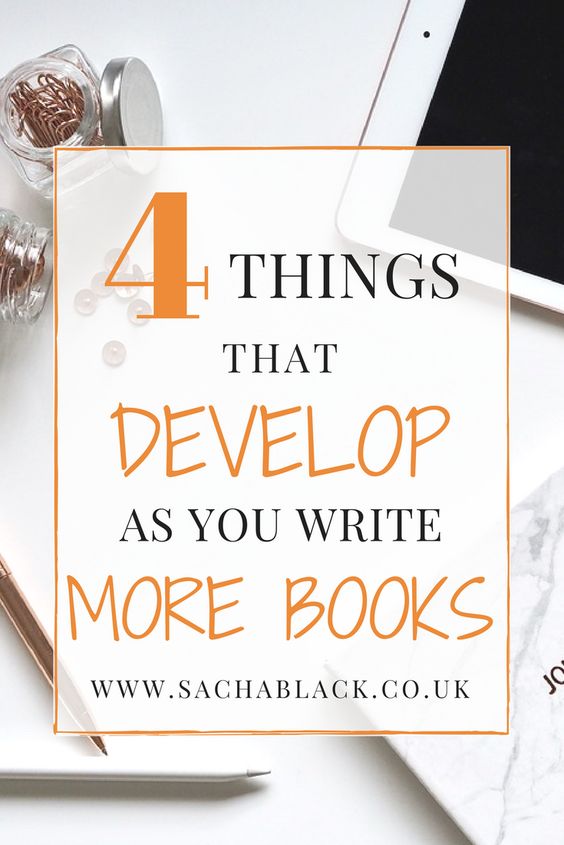 I finished my second book (kinda). Yay, go me. By kinda, I mean it’s all but on it’s way to beta readers, which means it’s had a big edit and a proof from me and Mr Grammarly, the cover is done (cover reveal coming soon) and the blurb is looming like a nasty plague eyeing my self-doubt hungrily in the corner.

I thought, given it’s my second book, and it feels like a milestone, I’d do some reflection. I’ve done a couple of these posts, one when I finished my first book (9 Secrets Successfully Completing That First Draft), and another after all the editing and completing the second draft (13 Things I learnt From Completing Draft Two)

This post is entirely selfish and just my observations about the development of my writing process, maybe you’ll find it useful, or maybe you can have a good chuckle at my incompetence.

The book I finished is 13 Steps to Evil, my non-fiction writing craft book that will teach you how to craft Superbad villains.

THING ONE – PACE DOES INCREASE 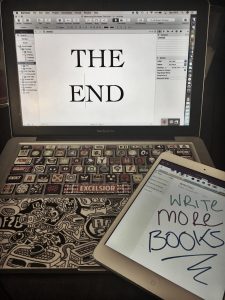 Completion of my first book was like watching paint dry or the slow mummification of my hope. It took a fucking age, and I swore I could not do it again. I HAD to speed up.

I’m not sure if it was the fact it was my second book, therefore, I had a modicum of a clue about how to write one. Or the fact it was non-fiction. Whatever the reason, writing it was faster, a shit load faster. Like Roadrunner tripping on acid faster.

The first book (Keepers, YA fantasy) two years to draft and edit to the point I could send it to beta readers. The first draft was 87k the second 78k.

13 Steps to Evil is only 49k, but still, instead of two years, I went from a title to handing it to beta readers in 11 weeks. ELEVEN.

That is ridiculous. Now I look back it all feels like a blur and is it really a surprise at that speed.  I must’ve spent my days in some kind of catatonic trance saving my energy so that I could regurgitate word vomit at Mach5 every evening.

All it’s done is make me extraordinarily hungry. And not the sausage and chips in your gob hungry, the – my insides are on fire, my head full of character screams, I gotta finish these fucking books before my ears bleed and my face melts into a gooey marsh pile of unfinished manuscripts – type hungry.

It wasn’t just a speed that changed with this draft either. My process did too.  I’d heard a lot of good things about Dragon Dictation and the ability to write at supersonic light speed and who doesn’t want that in their life? Light speed is good; Lightspeed is wise. Lightspeed means pumping out a tontillion books a year and I’ll gladly take that, thank you very much.

I googled, I read, and I spent, a fuck bucket of money on getting tools and gadgety toys of word-speed joy and I started to use dictation. At first, I was sceptical, I mean 5000 words an hour? Pssht please, don’t give me that, nobody can write 5000 words hour. Except they can, and before long, I will too.

I’m going to write an extensive blog post about dictation and why I think you ought to use it, so I won’t go into too much detail today.  Suffice to say, the dictation gods, even using a crappy online app allowed me to triple my output, and now I have the glorious, sparkly, word churning machine that is Dragon dictation. And boy, does it give me literary O’s.

I used to get maybe 1000 to 1500 words per day, on a good day (for non-fiction). But I went to 2000 on the first dictation attempt and on the last attempt before I finished my book, I wrote 4500 words in one evening. ONE FREAKING EVENING PEOPLE.

Crazy shit is going to happen this year. Be scared. Seriously scared.

THING THREE – TAKING MY PANTS OFF AND SAYING GOODBYE

There is a second part to this process nonsense. I swing worse than a ‘keys in a bowl as you enter party’ my process is continually evolving. I’m not arrogant enough to think I found the right/my way to write a book yet, but I did think after a royal fuck up (involving the total rewrite of my first book) that I’d at least found some semblance of a process.

My first book I pantsed entirely through NaNoWriMo and let’s just say it was a pile of turdsickles. You know balls of scrunched up white paper smothered in blackish brown lines of drivel that you once thought were the equivalent of modern-day Shakespearean prose, only when you re-read it you realised it was less Shakespearean and more utter Shitsparian; a wonderful hybrid of utter shit and total despair.

But I soldiered on, and this time I didn’t need a rewrite.

What I did discover, though, is that my 100% pantsing days are over. One of my goals for 2017 is to write better quality first drafts as well as faster first drafts. Unfortunately for me, the more structure and outline and planning I do, the better my first draft.

But plotting induces a face pulling, eye gouging out, anvil to the head feeling. I’m hoping that feeling will get back in its box because I’m not giving up, once I set a goal, the outcome is mine, or I’ll die trying. If that means I need to implement a bit more rigour to my planning in order to write faster and produce better first drafts, then so be it. My inner whiny little bitch pantser is going to have to suck it up.

THING FOUR – NON-FICTION IS THE SAME BUT DIFFERENT

I don’t know what I expected when I started writing non-fiction. I mean, I’m a fiction writer, a Young Adult fantasy writer no less, what the fluckins was I thinking embarking on writing non-fiction? Except I write non-fiction every week. Everything I’ve ever learnt about writing, I’ve written up and slapped in a blog post.

That was a realisation in itself. Of course, I knew that my non-fiction voice was radically different to my fiction voice. But I didn’t know, know.

It was both significantly easier, and much harder to write 13 Steps To Evil. I’d been inadvertently practising my non-fiction voice for several years on here, so without meaning to, I’d developed it into a seasoned wrinkly granny with years of experience, that made it easier to write fast. Oddly for me, I feel my non-fiction voice is more developed than my fiction one.

The lesson here is, any kind of writing will develop your voice, not just book writing.

The major difference was that the structure of the book for non-fiction is vital. You don’t have characters to make your story flow in a non-fiction book, the chapters and flow of content have to do that for you. That means more planning, (there’s that little plotter bitch again) more understanding of the content and lessons are trying to teach people and all before you start writing. You can’t just pants your way through a non-fiction book unless you want it to read like puke flavoured moth balls. The structure is essential. I won’t talk about the five full restructures I had to do, because even the thought is making my eye twitch!

WHAT’S CHANGED ABOUT YOUR WRITING PROCESS OVER TIME? LET ME KNOW IN THE COMMENTS