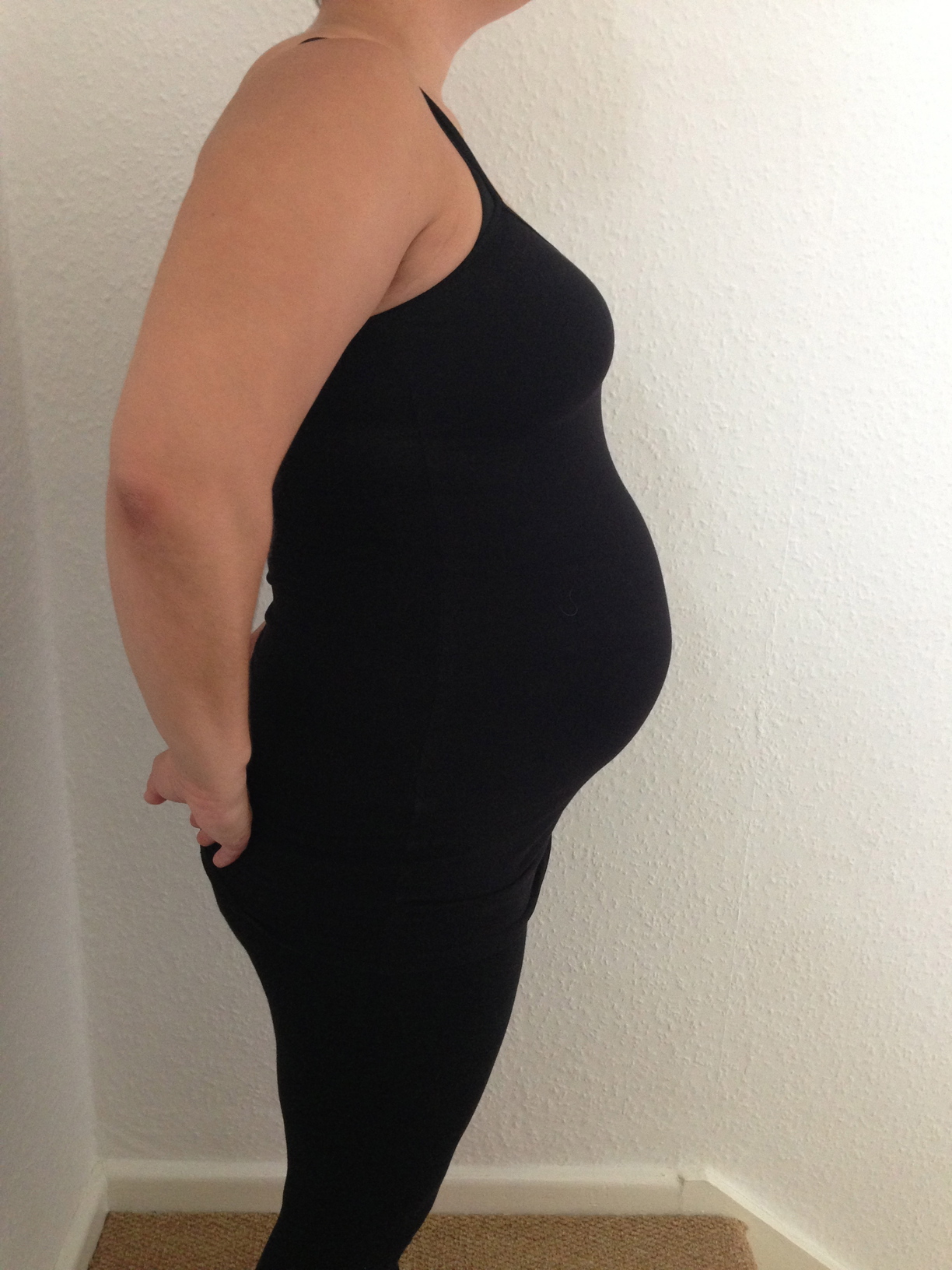 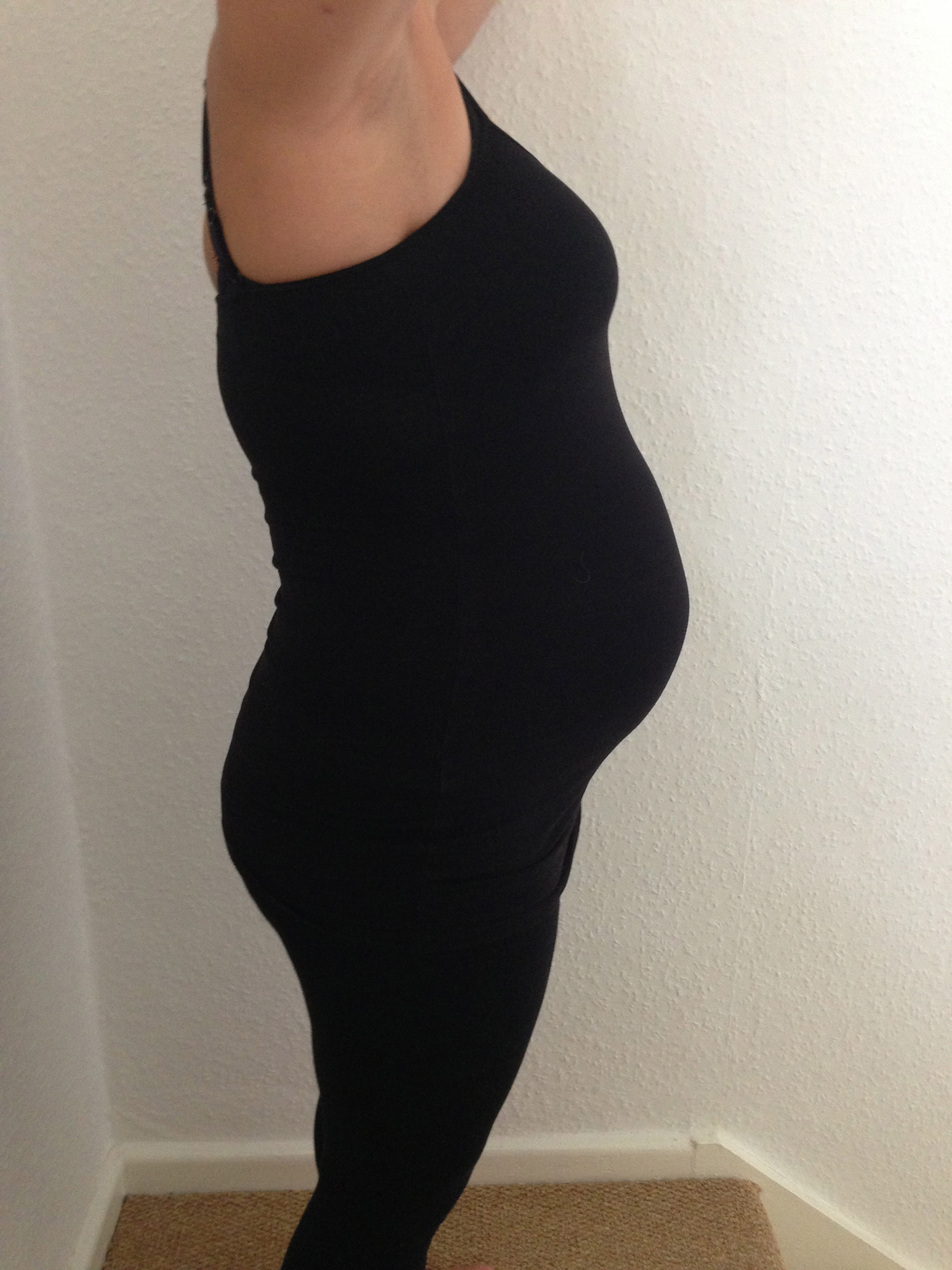 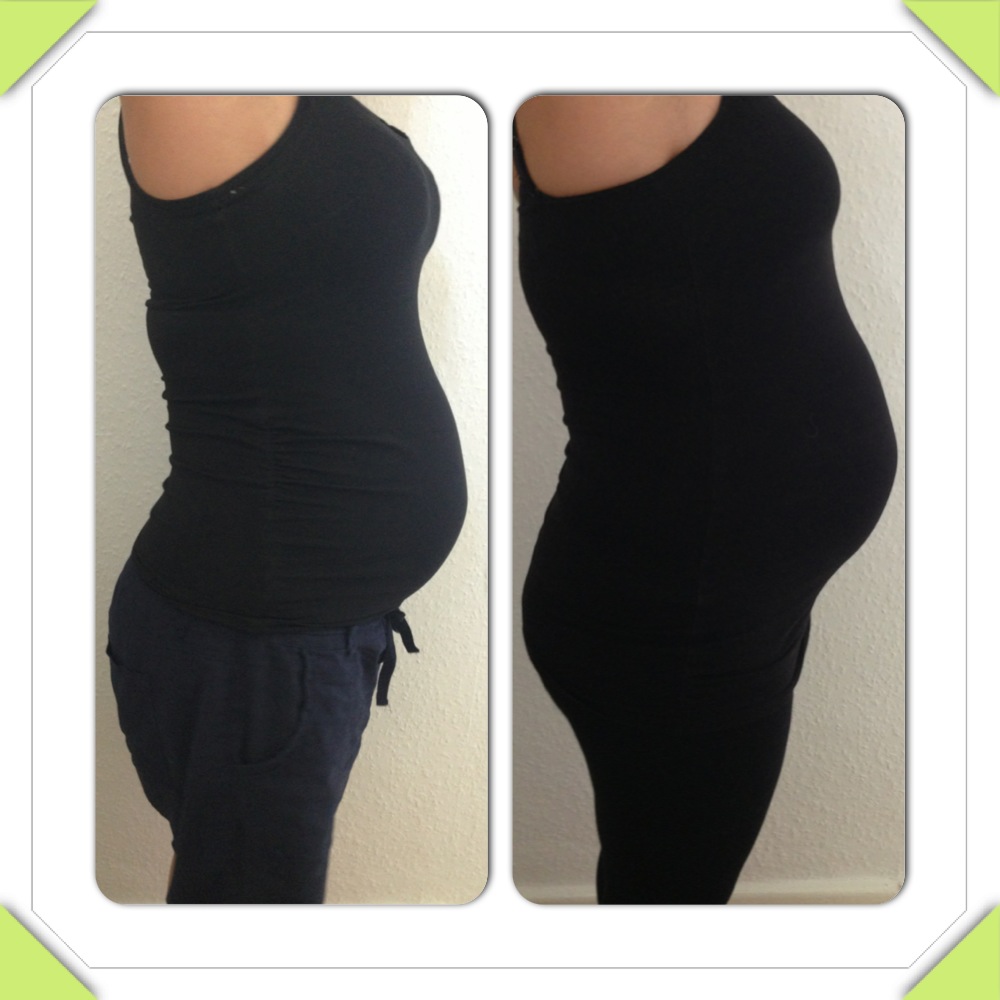 I have to say I am gobsmacked at the difference. A lot of people have been saying that the didn’t think I had grown, and I was pretty sure I wasn’t growing all that much either. BUT apparently that isn’t the case! I am STILL growing!! and fast too! when I look in the mirror though I don’t seem to be any bigger and no one else thinks I am either – in fact the wife thought I had lost weight over the last week!!

Might be because I have been eating and craving fruit like its going out of fashion – I am glad because I would rather crave fruit than chocolate – although that said I did eat a box of chocolates over the last couple of days – ooops!!

So – this week…. It’s official… theres a weird alien inside me…. and you can feel it from the outside!! The sensations changed again when he moves, and it always takes me a couple days to realise that it’s him kicking and thats what the sensation is! So anyways I decided to shove the wife’s hand on my belly, as she has been getting upset she couldn’t feel anything as I have been feeling him move for weeks, well anyways – these kicks were very different and it was bizarre to be able to feel it on the inside and outside simultaneously. It was like some kind of… well I don’t even know how to explain it – a bit like a heart beat, or something huge literally knee-ing our hands!! and to me now, it feels like someone is having a proper rummage around my insides!

The other update – ‘Nesting’ ohh boy – I seem to have these ridiculous urges to clear out X or Y, and sort out Z. So much so, I forced my wife to help me finish unpacking the ENTIRE house!! box after box after box!! Clean down the furniture in the babies room, and unfortunately help me vacate my studio. I had to take the decision to get rid of it, because my wages will be cut so significantly that I wont be able to afford to keep it whilst I am on Maternity Leave… but thats another story I will tell you about another day.