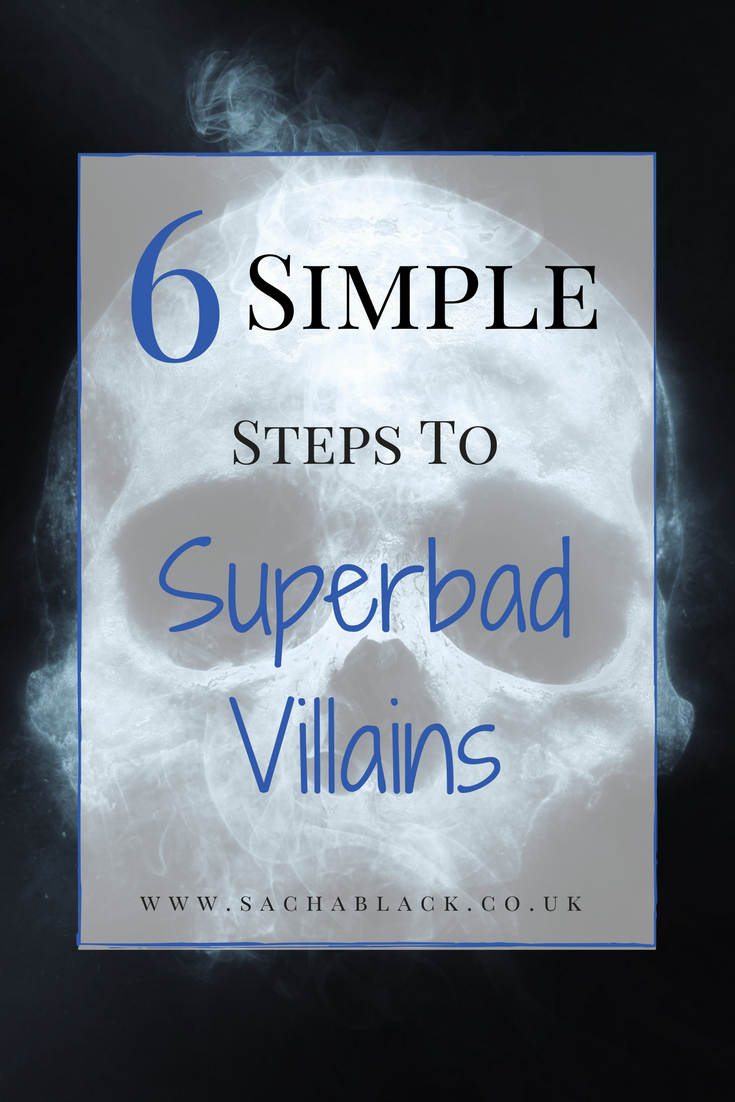 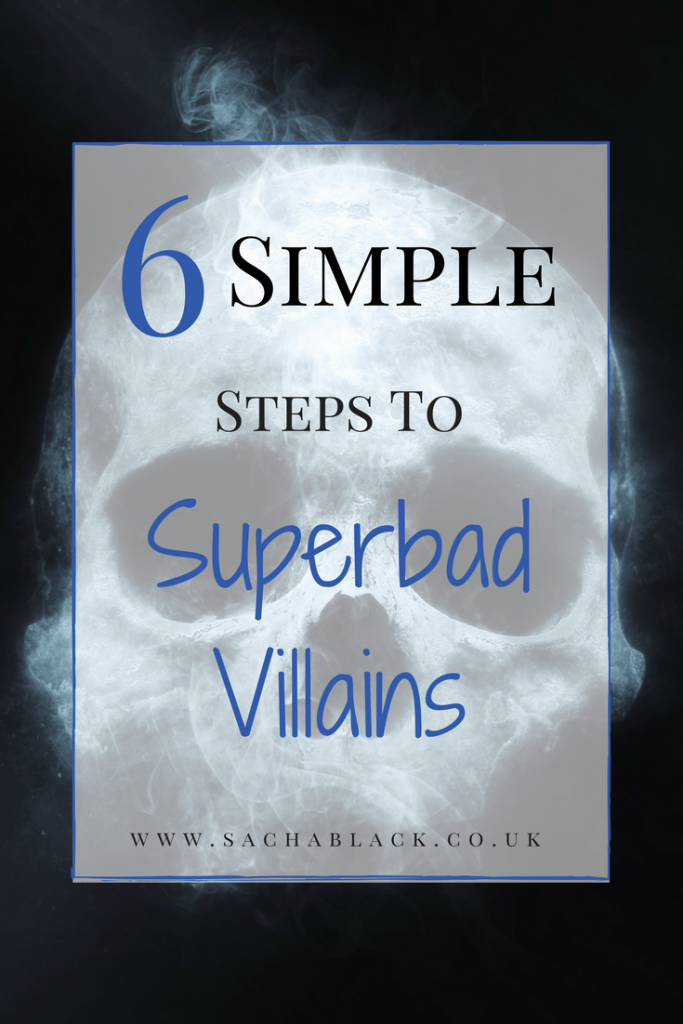 We all love to hate bad guys, and you gave me some fantastic additions to my villain list last week, (thank you). But what I love more than hating a bad guy, is a bad guy that makes me love with them before I hate them. It makes the hate so much more intense because the author cheated me, and I hate thinking of myself as gullible, so if they did get to me, then that makes them superbad in my eyes! So here are some simple tips to help you create superbad villains.

I’ve been thinking about my own antagonists/villains in my WIP, and what I can do to develop them and make them more hateable because they’re loveable.

Your villain needs a redeeming quality or positive trait.

Even Voldemort has positive traits. As Tom Riddle, he is charming and handsome, and as Voldemort, he is patient and intelligent. This, although you never really like him, at least makes you feel sorry for the mess Tom ended up in. Hence you empathize with Voldemort. It gives depth to his character and draws you into his story. Isn’t that the point of stories? To be drawn in and empathize with the characters? I like nothing better than that feeling of finishing a novel or a series and feeling bereft like I just lost a friend. To me, that is the mark of a good writer, and personally, I think empathizing with villains is one of the key elements needed to do that. Make the reader feel for your villain. Make their craziness, their insane ideas and philosophies seem plausible just for a minute. Momentarily make the reader care about the villain, before slapping them back to reality with a chunky slab of crazy villain.

In developing my villains, I use six simple sets of questions/principles to create what I think is an authentic baddy. These aren’t meant to be comprehensive solutions to the best bad guy you can create, but a starter for ten on basic elements you need.

No doubt you created a rich and full personal history for your protagonist and probably for most of your supporting characters too. But did you do the same for your villain? It’s important to know how they got that way, rather than just having an evil character for the sake of it. So I’ve started to ask myself lots of questions:

And loads more, have you got any key questions you ask your villains, I would love to add them to my list…?

A lot of these questions will lead you to the answers and information for some of the points below, like where they get their morals or reasons/motives from.

There’s nothing worse than a flat villain. A villain who is evil for the sake of it. No one is evil for the sake of it, and no one is just plain evil. That’s an exaggeration you can only get away with in very young children’s books, and even Disney films the villains have at least one positive redeeming quality. You need to make sure you give your bad guy at least one positive trait. It gives balance to all their negative ones, and with balance comes realism and believability. It makes them human, relatable. After all, humans aren’t all good or all bad, so your villains shouldn’t be either.

Maybe they are kind to a sidekick, or a pet – take Voldemort again, he has a pet snake which he loves called Nagini. It’s redeeming quality – to love another thing and gives him depth and authenticity.

Villains need emotions just as much as heroes and supporting characters do. It gives them validity, authenticity and encourages conflict. Emotions drive the plot and show historical wounds. Emotions mean weaknesses, which mean blind spots. Blind spots mean a hero can exploit his weaknesses and beat them.

“I want to destroy the world….”

Sounds pathetic right? You need to give your villain a reason to want to destroy the world. Not just because ‘they do,’ no one will accept ‘because I do’ as a valid reason and it will make your villains seem false, flat and unbelievable.

But better than reasons, are morals. Giving your villain morals makes them truly insane. If they have morals they not only think what they are doing is right, but they think it’s just and for the better good of everyone else. It also makes it harder for the protagonist to destroy the villain if they aren’t all evil. I spoke about Dexter and his anti-hero ways, and the fact that his morals are what make him and his TV series. The same principle can be applied to villains but in reverse. I guess like an anti-villain.

If you have ever been drawn into a villain’s master plan and momentarily agreed with them, let me know in the comments. I have, the last time it happened was with Virgil, in the final book of the Disturbed Girl’s Guide to Curing Boredom Trilogy, its one of ‘those’ books, one that made my most inspiration books ever list. Virgil sucked me into his evil virus-releasing world-destroying plan, with a well argued and to be honest, quite logical plan for destroying most of the population! But of course, I came to my senses.

This is part and parcel of morals and reasons. But is the most important aspect of your villain. It’s the why behind their plans. Without the why you don’t have a good enough villain. The ‘why’ gives you conflict, the fundamental disagreement between villain and protagonist. Conflict gives you plot and believability. You don’t have to have reams and reams of why explanation either. Take Captain Hook he hates Peter Pan because he cut off his hand. Or the evil Queen in Snow White, she’s partly driven by vanity, but that leads her to be envious of Snow’s beauty.

Your protagonists should through change and grow as your story progresses, and so too should your villains, even if it’s just a spiral downwards. If your villain is the same at the beginning as they are at the end, then what was the point of the journey and the battle with the protagonist? They flat lined and I imagine quite a boring villain.

Questions I’ve been asking myself include:

How does the story affect the villain? Do they get more evil and bitter? Or do they see the light and get redeemed? Or maybe I should just kill them off!? How do they feel about what happens to them? What is their goal or objective?

Whatever you choose your villain’s journey to be. They should end the story different to how they started it.

If you liked this post, why not get even more awesome writing tips in the book 13 Steps To Evil – How to Craft Superbad Villains. Click this link and just tap the logo of your device or regular bookshop and it will take you to the right page.