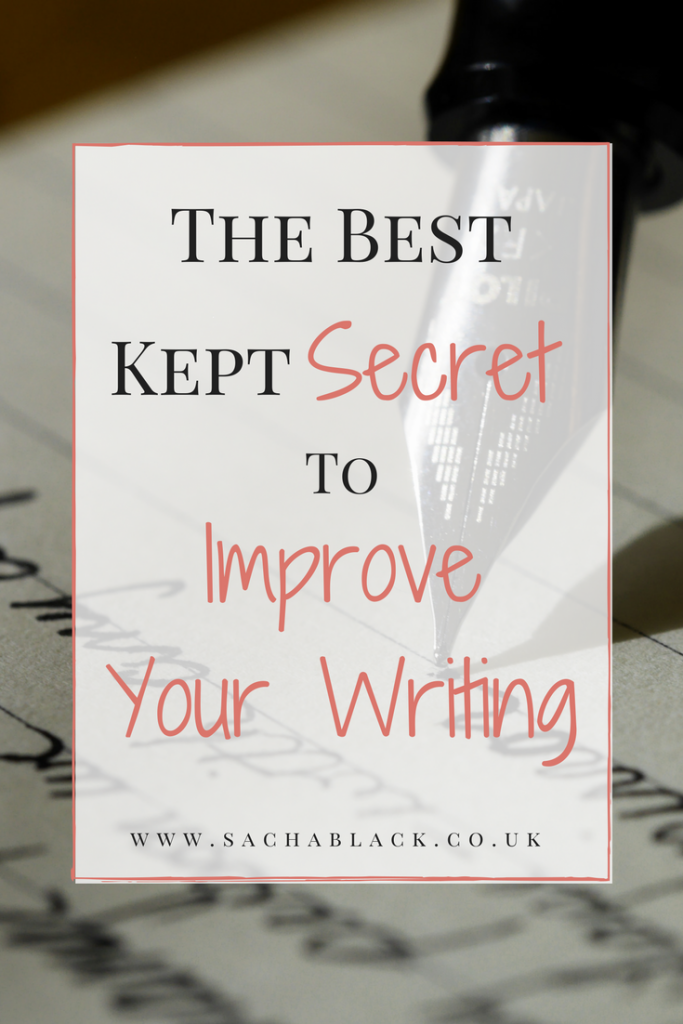 You’re a writer, yeah? Well, when was the last time you actually picked up a pen and wrote, you know with your hand? I don’t do it that often any more, and I suspect I’m not the only one. Recently I’ve come across a few writers, who write their entire first drafts by hand. I was slacked jawed when I found out. I wouldn’t dream of writing a novel, a WHOLE 100,000 words by hand, I mean, can you imagine how long that would take?

But is it really that strange? I’m starting to wonder if I am missing a trick by succumbing to the ease and speed of my keyboard, and the slap slap – edit, check, delete, Ctrl C, Ctrl V.

This topic is extremely close to my heart. Six years ago, I was awarded a scholarship in Sydney to do a PhD on Distributed Cognition (DC), it was the wrong time, wrong place so, I didn’t take it (much to my wife’s disgust, who was so desperate to live there and had already booked a visa interview!).

But the topic still fascinates me, and it has come to the fore of my mind again because of the writers I have met who write by hand. I used to be totally against DC, but in my age, I have mellowed and as much as I hate to admit it (and I really do hate to admit it) I was wrong. I am going to ask you a series of questions throughout this post, to try and help you work out how DC can help you with your writing. How many of you write your first drafts by hand? Why? Why do you write by hand, and not type on the computer? For those of you that don’t, why don’t you? To understand DC first, we must understand what cognition is: 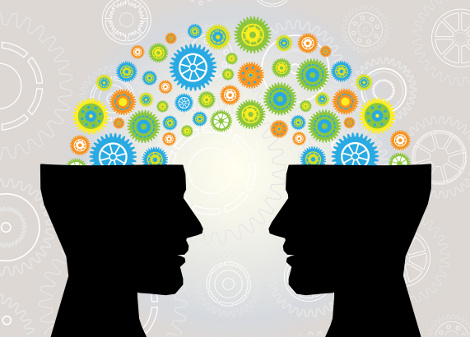 The origin of Cognition is from the Latin word – cognoscere ‘get to know’ which I think is a much more pertinent definition when we think about DC, it is the process that is important. Not the knowing, but the action of getting to know. Traditionally, cognition was thought of as ‘thought processes’ which were until recently accepted as being confined within the constructs of brain, skin and cells. Defining Distributed Cognition is somewhat harder. Partly because it is an academic topic, so I am trained to give definitions of essay length, and filled with complex arguments. Let me see if I can give you two working examples.

But first, I want to ask you another question: When you have a problem, a messy, awkward and causing you ball ache kind of problem, how do you go about figuring out a solution? 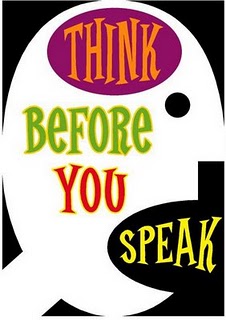 I’m an extroverted thinker, I think with my mouth… literally. You know that awful phrase ‘think before you speak’? Well, to me, it’s incomprehensible. Introverts say stuff like that, because they can think before they speak. I’m not attacking introverts here, not at all. I wish I could think before I speak, it’s a skill I admire and respect. But that’s just not how my brain works.

I process physically, with my mouth, in real time, and that’s the key phrase. As the words form it is my brain forming them, just physically and verbally rather than silently. My words are a physical representation of my thought process, which means I ramble, I am messy and I jump to and from conversations. But, eventually, I will form a coherent sentence which makes sense and solves the pesky problem. Nine times out of ten I don’t know what I think until I say it. I don’t have a mechanism for consciously processing in silence. I find myself saying things to my wife or colleagues like ‘Don’t write this down I’m just trying it out…’

Example Two: Are you a doodler? Do you ever get frustrated when trying to explain something? Do you sigh and reach for a pen and piece of paper to draw a diagram? Perhaps you are problem solving and need that 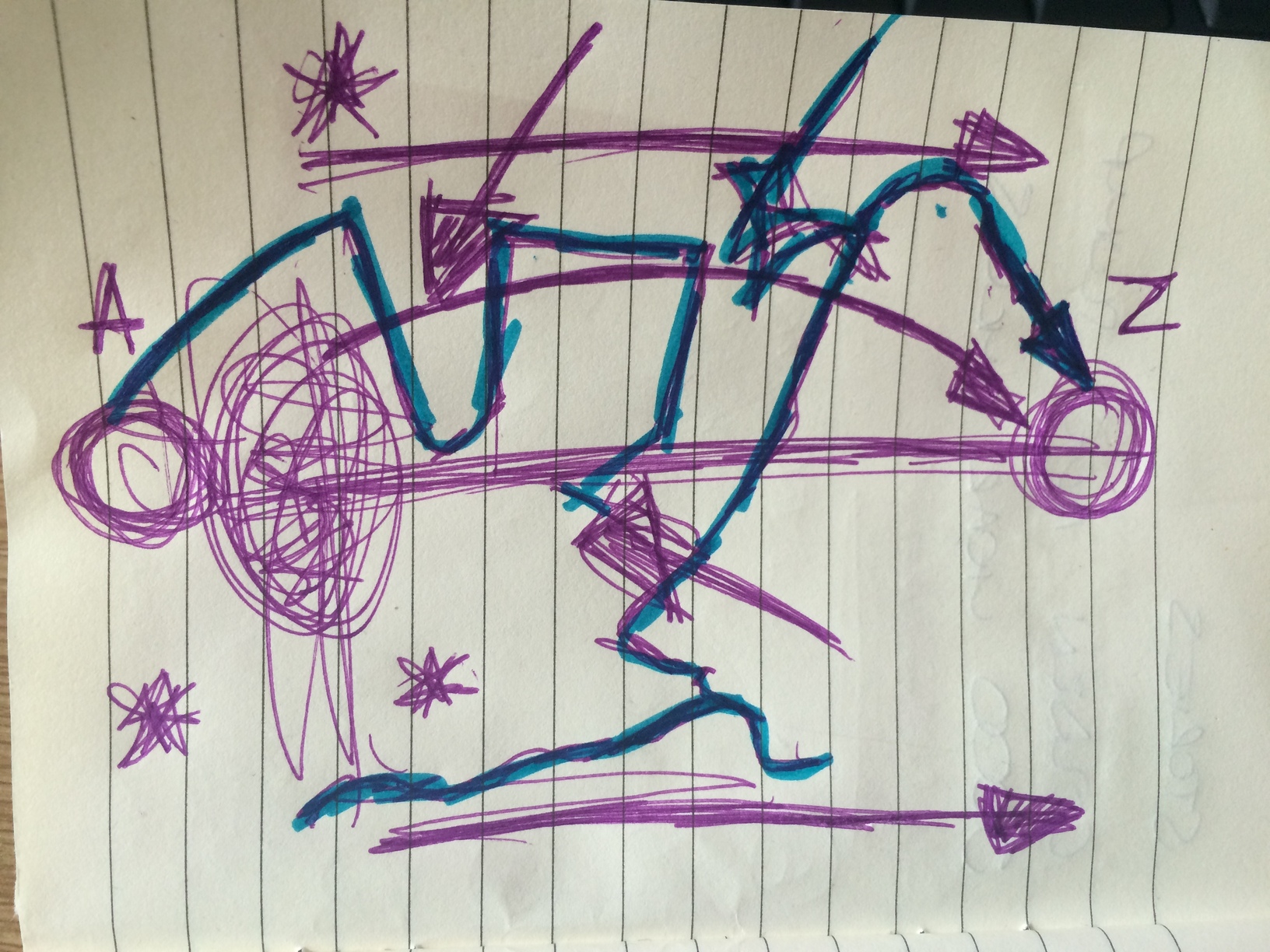 comfort of pen and paper to physically draw out that solution of how to get from A to Z. This happened to me the other day.

Ironically I needed to explain how I like to approach a project (ironic because I was explaining why I needed ‘people’ around me)… Don’t laugh, here is my doodle. I am circle A and trying to get to Z. I want to follow that straight line. That big squirly circle next to me with arrows pointing in, is where I need people to bounce ideas off so that I can follow the arched arrow from A straight to Z. It’s where my thinking happens to create a path from A to Z. If I don’t get that input at the start and at key points in between I follow the turquoise line, sh*t hits the fan I back track and go round the houses to get to Z. It’s inefficient. So What Is Distributed Cognition? 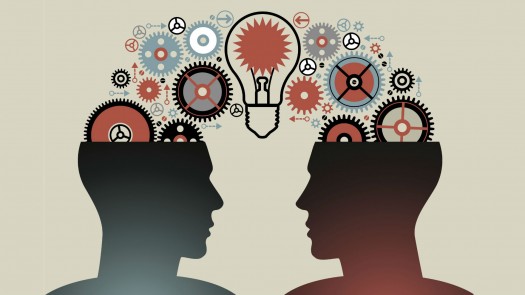 I already said; Cognition was until recently thought of as purely ‘thought processes’ which were accepted as being confined within the constructs of brain, skin and cells. But what if it wasn’t confined to your brain? What if thought, conscious physical thought didn’t have to be restricted, confined even to your brain. What if we could think together, as one, at the same time? Have you ever had a friend that can finish your sentences? How can they do that? Is it because they know you so well they can predict what you are saying? Maybe. But I think there’s more to it; what if you are both sharing thoughts? Thinking together? There’s that wonderful phrase ‘Oh your on my wavelength’ what if the wavelength was real? A thing out there in the physical space between you, interacting with affecting your own thought process. What about the pianist whose fingers think for him when they strike keys and create symphonies? 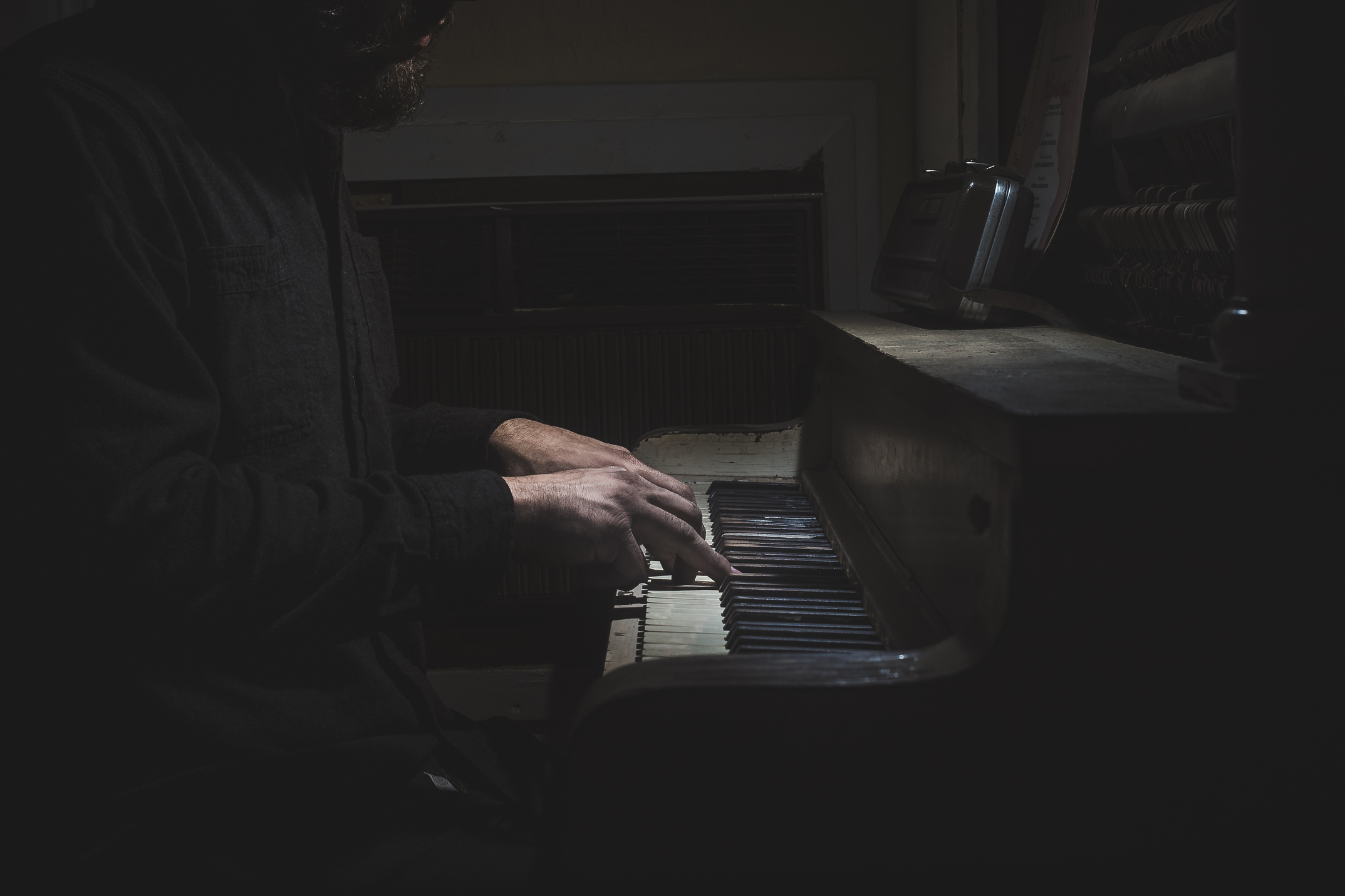 When you use a pen to draw a diagram, it’s more than just a physical representation of your thoughts on the page. It is your thoughts. It’s in real time, and if you weren’t drawing you wouldn’t have come to that conclusion. Writing is an insular job. Too often, we are afraid to talk to others about our work. We are afraid to commit our ideas to the air. Afraid of them not being good enough. Afraid of being judged, of theft, and a million other reasons all stop us from committing anything to the world before we are ready. I’m challenging that.

Use Distributed Cognition to help you write, and write better. This can work even if you are an introverted thinker. If You Are An Extrovert Thinker: Share those raw ideas, those infantile thoughts with someone you trust, or someone you know will challenge you. Allow yourself to be affected by others. Let them spark you, question you, get on your wavelength. If You Are An Introverted Thinker: Just try it. Talk through your ideas with someone else but then go away take their thoughts/questions and points and digest them alone. If that terrifies you, then pick up a pen, and figure it out just you and a piece of paper. Next time you have a spot of writers block or a sticky character problem stop banging your head against your laptop. Stop trying to figure it out alone. Let yourself distribute your cognition. Instead of being caught in the same old cycle of: Think it, Write it, Share it. Try: Sharing it, Thinking it, Writing it… See what happens…. Afterall, didn’t your mother ever tell you a problem shared is a problem halved?