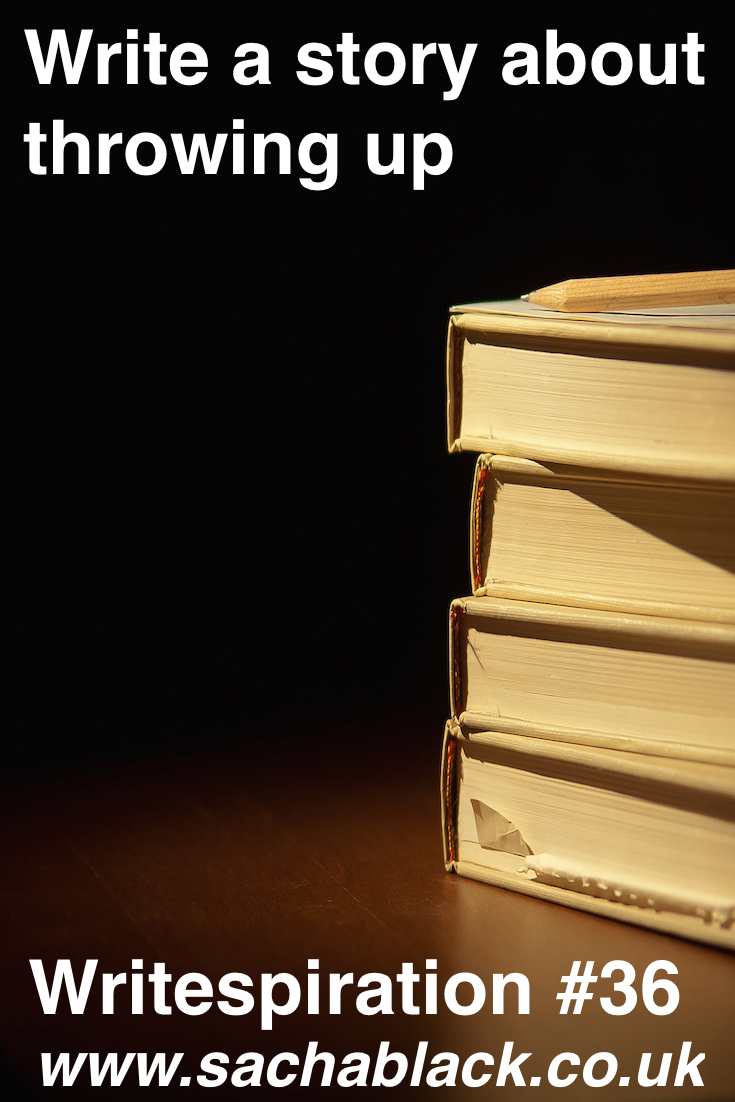 It was meant to be my special day. You know,’THE’ day. The day I’d waited for since I was pretty in pink and playing with wedding Barbi. It definitely wasn’t meant to be the day I humiliated myself in front of everyone I knew. But I did. I really did.

I cupped my arm around my fathers soft suit sleeve, and drew close to him. The church was freezing. I could never tell my father. I had to keep it secret till after the wedding.  My stomach furled itself into knots and slashed around at my insides. If it wasn’t for my friends expertly applied make up this morning I would look green.

“Good luck honey, I’m so proud of you,” my father said plonking a kiss on my sweaty cheek. The stench of his perfume sliced up my nostrils like razor blades. A wave of nausea licked at my throat, daring me to reply to him. I smiled sweetly instead and kept my lips firmly pressed shut.

Michael raised an eyebrow at me.

Sweat broke through the makeup and formed a line of beads across my forehead.

“Do you, Sarah, take Michael to be your lawful wedded husband?” The Vicar said.

Why I thought it was a good idea to put my hand in front of my mouth I have no idea. The first two rows of guests, Michael and the Vicar were all covered.

My dress however, was spotless unlike my pride!

Christopher Farley was the first to respond with a stunning poem as his first ever Writespiration.

Paint peels, and bows down
to the red flag dream:
now haunted,
and taunted
as the dollar is vaunted.

Countdown,
meltdown.
An ill wind blows
and knows
no borders.

A poisoned and sterile land
now shorn of man’s hand,
the hand which bears
the hammer and sickle lie
while around me thousands die.

Denisovich:
once interned in the Gulag
now turns in his grave,
as the red flag flutters
on another May Day parade.

Next Ali Isaac, with her awe inspiring bravery and hugely emotive flash:

We gravitate through the darkness towards the door. The sounds beyond are far more terrifying than the black void which presses against us, its breath hissing in our ears. A thin scar of light slices beneath the door and stabs at our ankles. It normally keeps the scuttling scorpions of our imagination at bay, and we are glad of it, but tonight we fear what it will reveal.

We reach out and find each other, hands clutching together like a pair of mini vices. We share a room, my little sister and I, beds pushed against opposite walls, toys shared in a glad mess in the space between.

“What should we do?” I hear her say in a small voice, and I imagine her blue eyes round with fear. I squeeze her hand reassuringly, because I am the oldest, but it is she who is the brave one.

“They’ll stop in a minute,” I say, but they don’t stop. They just get louder, Dad’s deep boom, Mum’s shrill soprano, as the accusations and vitriol fly back and forth, hateful and ugly and indestructible as the big brown cockroaches which plague the summer months.

This is what the end of the world sounds like, I think.

Then something changes, and Dad is shrieking like a banshee, but Mum is silent.

“He’s killing her,” my sister cries out, and before I can stop her, she pulls her hand from mine, wrenches the door open, and runs sobbing through it.

I am trembling. I am afraid. I don’t want him to kill me too, but I stumble forward, blinking, into the bright hallway.

Dad has Mum pressed up against the wall; it looks like he is holding her up by the throat. Her face is red, eyes bulging as she flails at his fists with feeble hands.

My sister is squaring up to him, wanting to attack but cringing away like a dog expecting to be kicked. “Leave her alone,” she begs through tears.

He turns, snarling, and lunges towards us. I can smell the drink on him, a pungent layer as thick as his old arran sweater. Behind him, mum drops to her knees, gasping and shaking, her fair hair a ragged cloud of candy floss hiding her face. She crawls into her room, and I hear the key click in the lock.

My sister is screaming. She doesn’t stop till I grab her, pull her back into our room. I slam the door shut. Unlike mum’s, our lock does not have a key.

We both dive for my bed, hiding beneath the duvet, as if it would keep us safe. We barely breathe, straining to hear above the yammer of our erratic hearts.

Dad stomps up and down the hall for a while, but does not come in. He thumps the walls and kicks the doors, alternately crying for forgiveness, then ranting with fury. And finally, the sweet reprieve of stillness.

We lie curled up in the bed, but we don’t sleep. We cling to each other, because when the world ends, there is nothing else worth saving.

Next, Geoff Le Pard, with a witty piece of flash with brilliant description that ends in a rather sobering way.

‘Make sure you’re all zipped up. No breaks in the seals, please.’
Katya, our guide smiled through her plastic mask; her voice echoed in our ears. I could see Ron banging the side of his head like his ear ached. ‘Stop it’ I mouthed hoping he’d see me through my scratched visor. He had already complained at the inadequate suits, the rubbish Health and Safety procedures and now the crap communications, distorted by the poor radios.
‘We go into the truck. Please keep all arms inside. Not snags, yes?’
‘Too bloody right,’ came Ron’s reply for us all. Katya clearly knew it was him, shooting him a glance.
‘We are in no danger. These suits – they just precaution. Listen to Geiger counter.’ Indeed the snap, crackle and pop had been our background music for at least two hours since we arrived at the meet point for our tour of Chernobyl. It had also whited out – nearly but not quite.
This tour had been Ron’s idea, yet he was the one moaning. The information centre made grim reading but outside, slowly going through a landscape like a Hollywood movie set, it seemed harmless. I began to wonder when Katya said, ‘You may be surprised by the wildlife. It has thrived in our absence. Insects to start, then birds and now a few mammals.’
‘Will we see any?’ This was Susan, a blowsy, buxom American who seemed to bulge everywhere. I couldn’t make out if she was hopeful or worried.
‘Perhaps.’
Everyone lapsed into an uneasy silence as we ventured deeper into the abandoned town. Every Soviet style building had lost its doors and windows. Trees grew from unlucky crevasses. Even the sun shone like it was no different to every other part of Europe.
‘What’s that?’
Every head was turning to the left hand side. The Driver said something in Ukrainian to Katya; Ron, whose mother was from Donetsk said quickly, ‘A child?’
Katya shushed him but we were all staring now. Sure enough, on the front doorstep of the adjacent building a child, maybe ten sat and rocked, cradling his right arm.
Katya spoke slowly; I’d guess she felt she had to say something, given Ron had understood whatever the driver had said. ‘They come to take what they can. Like wild creatures. They sell it on black market – people don’t check if the copper is radioactive.’
‘But aren’t they worried about the dangers?’
Katya shrugged. She had stood to go and open the door. ‘They born out there,’ she pointed to the derelict tower blocks,’ and if they survive birth they live on what they can find.’
Susan again. ‘But why don’t the authorities do something?’
Katya didn’t answer. We could guess. The country was at war. The few tourists, like ourselves, visiting relatives, were hardly supporting the economy. Some feral children were not the government’s first concern.
We all watched as Katya approached the child. He had damaged his arm and was in a lot of pain. It looked likely that was why he hadn’t run away. Susan said, ‘Amazing he’s so normal. The radioactivity can’t be so bad. I…’
We jumped back as she vomited on the window. Two others did the same. Outside. Katya had pushed back the boy’s dirty hoodie. Underneath the dark material we could see the boy’s other problem. He had no eyes.

Jane Dougherty wrote an amazing piece of flash from a refreshing perspective.

When the men went, the trees came back. The trees and the animals the men had chased away. The trees came back to the fields where the livestock had been. All dead now. The vast sterile fields of grain are forests now that the men are no longer there to spray poisons over them. The tall ugly buildings are draped with creepers. Birds nest in their echoing emptiness. There had been dogs to begin with, but they ate the toxic rubbish the men had left. Only the cats thrived. As cats will.
The best, the wildest place is the park, where men kept tame trees and flowers. Jungle now, glorious and rich. I remember, my blood remembers, how we were chased from this place. The ancestors crept out at night and scavenged. They were thin and sickly but there was nowhere else for them to find food. Not in the fields of poison, not in the bare fields of cattle and sheep. But the men are gone now.
I leave my earth and sniff the night air, full of the wild scents of trees and hot blood. I listen, sifting the night noises, the rustlings and soft sighings as creatures settle. Movement behind me, stealthy, already alert to the night, its joys and its dangers. I leap for joy into the whirlpool of sensations, and they follow, their baby steps tumbling.
I, fox, reclaim my place, and watch my children play, safe in their night time.