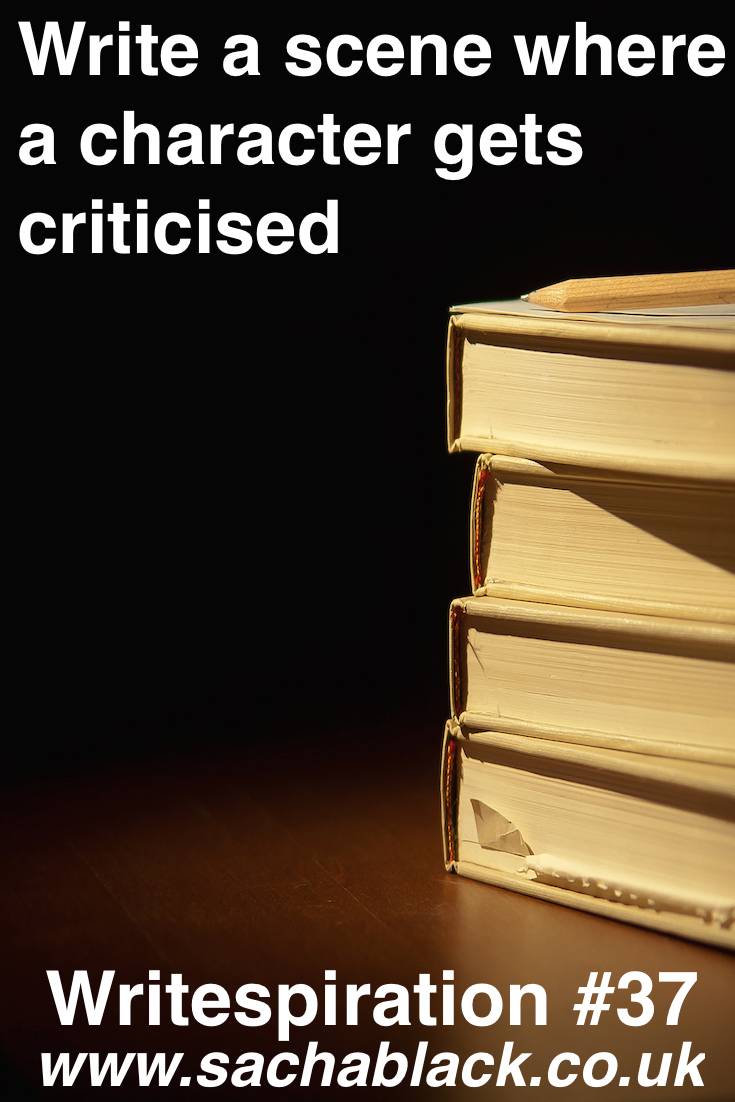 If you find yourself inspired, jot a poem, a few words, a sentence or even story, in fact, anything that comes to you, and I will post it with next weeks Writespiration.

My legs kept betraying me. Every step closer to her office, they shook harder. I could feel my colleagues averted eyes desperate not to look at the dead man walking passed.

“Good luck,” I heard someone whisper. A last salute before I got crucified.

The door towered in front of me, dark and ladened with the blood of victims before me. Each one brutally criticised, crushed and finally, sacked.

My hand reached for the door knob, a surge of adrenaline fired through my body. I stood straight, shoulders back. I could take her. I wasn’t going to let the bitch beat me without a fight.

“Yeah,” I said to myself, eyes wide, and poised on tip toes ready to pounce into the room.

With two shrill words, I was cut from my prime. I shrank back and trembled my way inside her office.

Ok, my bad – I know they should of actually been criticised, but you know what it’s like, you start writing, the words flow, you don’t know where you end up!

Geoff le Pard turned the prompt on its head and wrote this touching tale:

Marcus was a little boy with big ambitions. To be an astronaut. His dad had said, ‘If you want it enough, you’ll get it’ and Marcus believed him. He believed him, too when his dad lost his hair and said it was to make his plane go faster so he was home quicker. He believed his mum when she told him his dad was still flying and would be waving from behind a cloud, like she said he did on the day they planted his special box. He understood not to ask his mum too many questions because she forgot her words a lot so he took himself to the end of the garden, him and the space rocket his dad had given him for his sixth birthday. In it he wrote his dad a message: ‘When I’m in my rocket I’ll come and bring you home’. He tried to pump the air into the rocket as his dad had showed him but he wasn’t strong enough. So instead he held the rocket tight in his fingers and he threw it up, up, up as far as he could. He knew, because his dad had told him, that it would always come back again but that, on the way up and down it would pass through the sky; and Marcus knew, without anyone having to tell him that it would pass the cloud behind which his father would be forever waving.