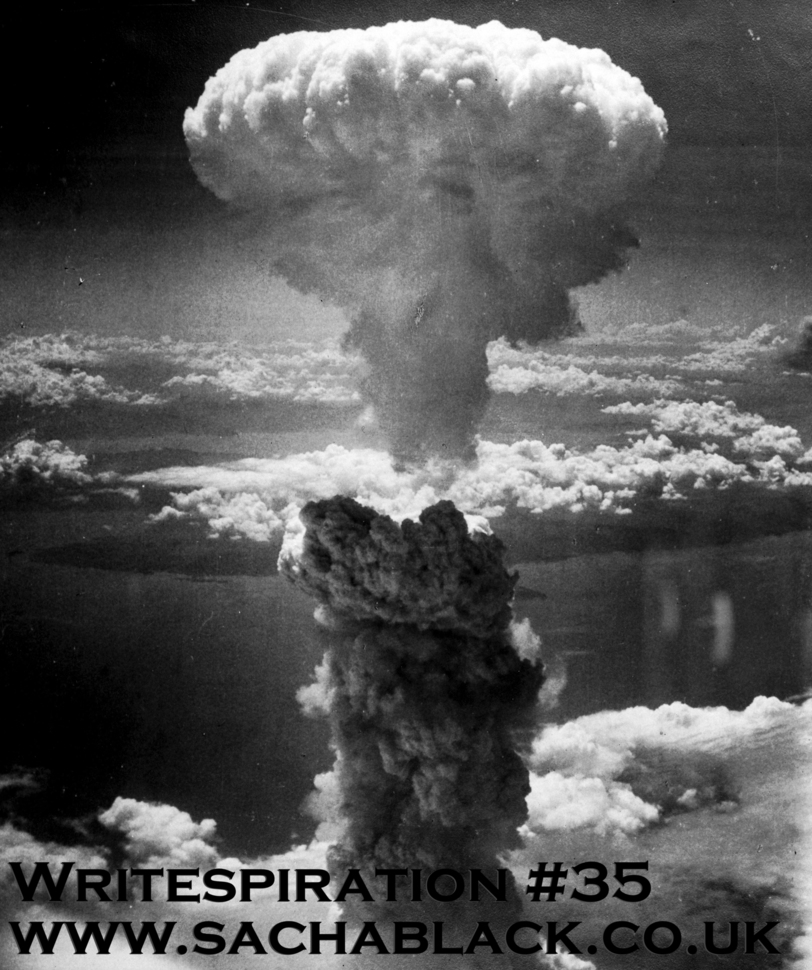 Every so often, I like to get out of my comfort zone and do something a little different. This is one of  those weeks…. something I hope will be a little uncomfortable, and somewhat thought provoking…

The world, as well as brimming with life, beauty and discovery is also full of disaster and tragedy. I don’t want this to be a negative post, so I will try instead, to be reflective…

I feel like too often when disaster strikes, I am numb to it, I watch the news and just nod, giving a token response, “oh that’s so sad,” and then carry on with my day to day life. Why is that all I can muster? Am I so numbed to tragedy that I am indifferent to the horrors of terrorism and death? How did I get like that? What’s worse, is I am not the only one. Yes, sometimes we rally together and help ‘clean up the streets’ like, for example after the London riots, but generally, society is becoming as emotionally apathetic as I usually am. It’s not ok.

As a race, we seemingly strive to better ourselves, ‘to boldly go where no man has gone before’ to quote Star Trek and confess a little guilty pleasure of mine! But when we make mistakes I feel like we too often brush them under the carpet. Dismiss them in the name of science and progression. So I wanted us to use this particular writespiration to take stock.

Watch the video, sound on is compulsory, (the music makes it much more powerful) Its only a couple of minutes. Use the video as inspiration. You don’t need to write about chernobyl, write about anything you like, maybe you could take stock of something significant, a disaster, a personal tragedy or maybe you want to turn it on its head and write about a success or achievement.

Write a sentence, a few lines, a poem, or an entire short story. Whatever you like, drop it in the comments below or send me an email, and I will post it with next weeks writespiration with a link to your blog.

There was a line of oily hand prints and dirty finger smudges marking the edge of the glass dome. They were marks of the saved clawing at the glass, trying to wipe away blood smears of the infected still trapped inside. The longer they were inside, the harder it was becoming to see through the bloody fog.

I slammed my fist down on the glass dome.

“Hal, come on, that’s not going to help. You’re just hurting yourself.”

I slumped to the floor, fist still clenched.

I peered up at her, tears filling her eyes.

Her words were acidic, I rubbed my arms trying to rid myself of her pessimism.

“What have you lost? Nothing,” I spat. Tears tumbled down her cheeks. She closed her eyes, took a deep breath and started walking back towards New City. She paused after a few steps and rounded on me.

“What have I lost? I haven’t lost anything, Hal. I gained something. I dragged you out of that town clinging to your life. But you know what. It was you who saved me. I had nothing, you gave me happiness, a companion…” the words caught in her throat, her shoulders heaved up and down as she took huge gulps of air.

I looked at the grass and fingered the mutant blades, still tarnished by traces of chemicals poured into the dome. My heart ached.

“You have a choice, Hal. You have a new family and we can’t live in the dome’s shadow anymore. Stay here if you want…Stay with the past, a life that’s never coming back. Or come with me to the city and leave this behind for good.”

She turned her back on me and walked away. I stared down the dome’s perimeter. Skeletons of the desperate sat lifeless staring off into the dome; still hoping for a glimpse of something gone forever.

I had a family, a chance. I had hope.

Now, to last weeks Writespiration entrants, and we had lots 🙂

First submission was from Ali Isaac with a brilliantly funny one sentence story:

I brought you carefully home from the nursery, gave you a roof over your head and a nice soft bed, kept you warm and cosy, provided for your every need, supported you when you needed it, watched proudly as you grew tall and strong, and you reward me with one lousy tomato… next year I’m growing courgettes!

Next we have Philosopher Mouse of the Hedge, with his first ever submission, and what a fab first, thanks Phil and welcome 🙂

It was time for the little voices to cease, so weary beyond endurance and out of desperation, she let herself slip under the warm consoling waters until she heard once again, “Mommy!”

Next, the ever brilliant Geoff Le Pard:

John knew he would never be able to stop calling his brother ‘Fred’ and instead call him ‘Father’.

Next, another first from Jane Doherty and wow what an amazing story to fit in just one sentence, truly talented. Welcome to the Writespiration team Jane.

He poised, arms raised, and plunged, a perfect arc, slicing the water to join the rollicking seals, and though she watched until the sun set, night fell, and the seals disappeared, he never broke the surface.

Jane also submitted a response for the previous Writespiration and it was so brilliant I just had to post it with this week:

I knelt on the double yellow lines, the base of a complex pattern the child had chalked on the path.

“That’s an interesting picture you’re drawing.” I smiled fatuously. She raised her head, fixed me with angry eyes.

“You’re blocking the earth,” she said.

“Oops, sorry.” I shifted back a bit, humouring her.

“Any particular reason?” She might have been only a tot but her attitude was beginning to irritate me.

She shrugged and carried on colouring in the bit in the middle alternate red, orange and yellow squiggles. I moved closer to work out what it was. She glared.

I ignored her and pointed. “That’s a very good drawing of flames.”

She cast her disapproving gaze from my face, down my bulky adult body to my trespassing feet.

“The current doesn’t like you. I’m going to turn it on now.”

She took the red chalk, drew a small round circle, and coloured it in vigorously. Satisfied, she pressed it with her right thumb.

The world dissolved in a screaming inferno.

Last but by no means least Keith, with a rather long sentence… but hey, he’s good with grammar!

I was sent down for fifteen years for armed robbery; although if I behave, I can be out in eight; but that’s not what the judge said when the foreman of the jury (and they were a rum bunch, I don’t mind telling you) handed him the piece of paper saying I had been found guilty, even though all the evidence cleared me, my alibi being cast iron and the character witnesses I brought in being pillars of the community, well, most of them, anyways, but they still said I was guilty and that judge, who wouldn’t have known an honest man if he stood up and thumped him, bloody agreed with them – senile old git that he was, and sent me down for a fifteen stretch!